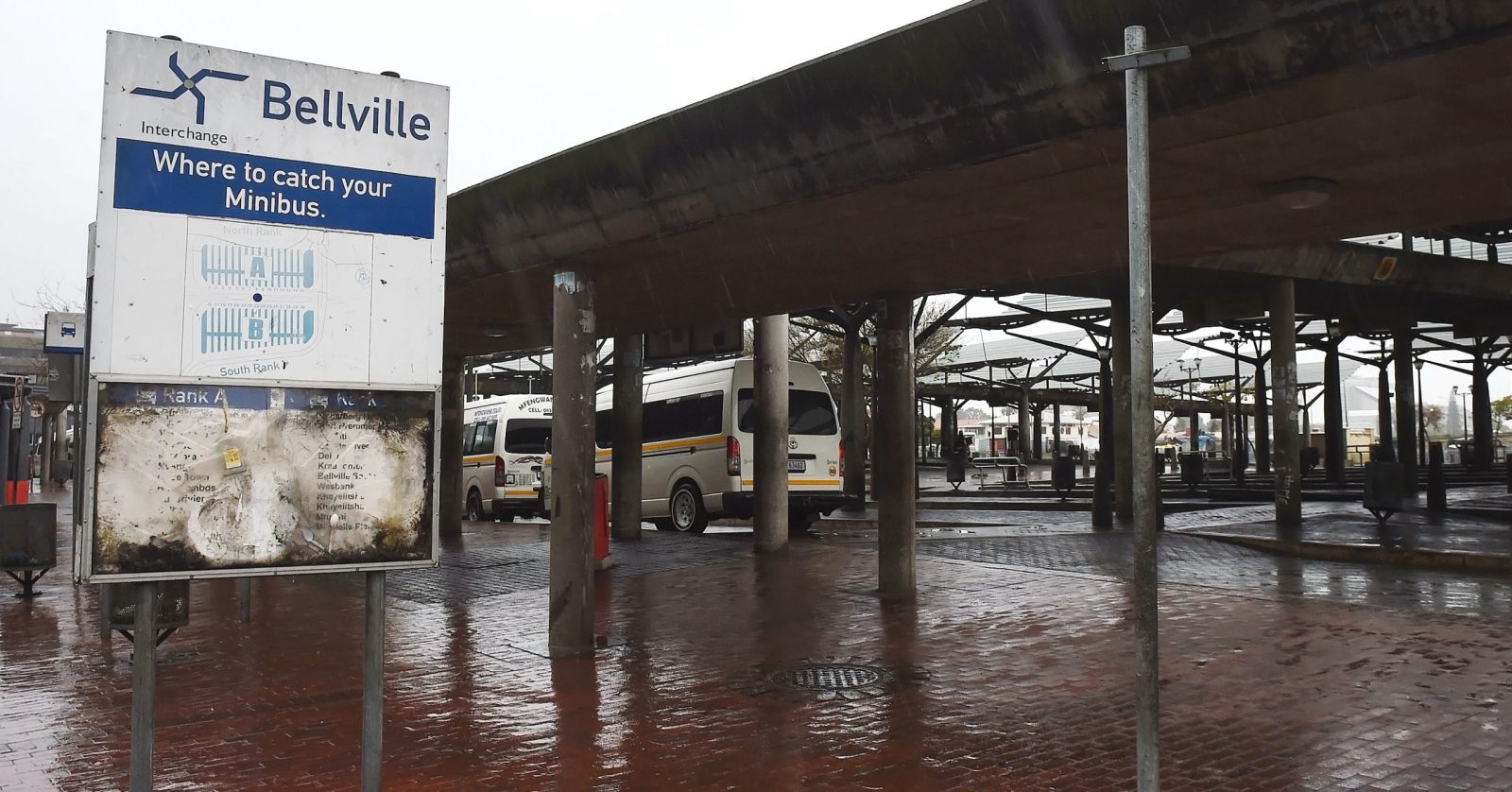 The resumption of services to schools had a low turnout. (Photo: Xabiso Mkhabela)

Scholar transporters are cautious about the ceasefire reached between warring taxi associations in the Western Cape, fearing the fragile agreement can be easily shattered.

On Tuesday, 3 August, scholar transport and Golden Arrow buses resumed services in hotspots affected by debilitating taxi violence. At the heart of the violence is control over the contentious B97 route between Mbekweni and Bellville.

In the past two weeks, thousands of learners and workers were left stranded after shooting incidents between the warring taxi associations. At least 86 people were killed during these violent clashes. Nyanga, Khayelitsha and Gugulethu were the most affected.

The ceasefire between the Cape Amalgamated Taxi Association (Cata) and Congress of Democratic Taxi Associations (Codeta) reached on Monday, 2 August, has enabled taxis and buses to resume their services.

Train services also began operating on the Paarl line, but the resumption of services to schools had a low turnout.

Western Cape Education Department spokesperson Bronagh Hammond said: “Learner attendance was still low in some affected areas on Tuesday with many staying at home due to uncertainty around whether transport services would resume or whether it would be safe.

“We are hopeful that the situation will improve each day as confidence is brought back into the sector.”

Simphiwe Bathembu of the South African School Transport Association in Khayelitsha confirmed that taxis had resumed services in all areas and that no incidents had been reported.

Vanessa le Roux, coordinator of Parents for Equal Education SA, said: “The agreement is fragile. It can be broken any minute. In the past several peace deals were signed between these taxi associations and broken the following day.

“So the deal signed on Monday could even be a short-lived victory. It is therefore important that we need a lasting peace deal. Residents, including learners, must feel safe once they are inside a taxi.”

The peace agreement was preceded by the murder of a taxi driver in Nduli, Ceres, over the weekend. This has sparked fears of a resurgence of violence.

Pat Marran, ANC MPL and constituency head in Witzenberg, said: “Over the weekend when I arrived in Ceres, a motorist was met by a convoy of Cata taxi drivers. Police asked motorists and the public to leave the area.”

A taxi driver in Nduli, speaking on condition of anonymity, said: “Ceres is not like Cape Town where taxi drivers are shooting at each other. In Ceres, hitmen are hired. They take their intended target and disappear from the area. Here in Ceres, taxi drivers or owners are shot and killed in front of their homes.

“I’m not sure if the peace agreement is going to last. This agreement was reached between taxi owners and not the guys on the ground.”

However, the B97 route between Paarl and Bellville remains closed.

Weeks of negotiation had failed to break the deadlock. This forced Transport and Public Works MEC Daylin Mitchell to close the route on Friday, 23 July for two months in terms of Section 91 of the National Land Transport Act.

Mitchell said that following discussions with the two associations, an agreement had reached that only legal, operating licence holders for the routes to and from Mbekweni, except the B97 route, could resume services.

“When route B97 is reopened, only legal operating licence holders will be allowed to operate and will serve the full route from the authorised ranks and terminals,” said Mitchell.

In the next step of negotiations the department would attempt to expedite the arbitration process in the shortest possible time, said Mitchell.

“Should there be further acts of violence, all affected routes operated by the two associations will be closed for minibus tax operations… and… operating licences will be suspended,” said Mitchell.

This, he said, would happen in the interests of public safety. DM/MC