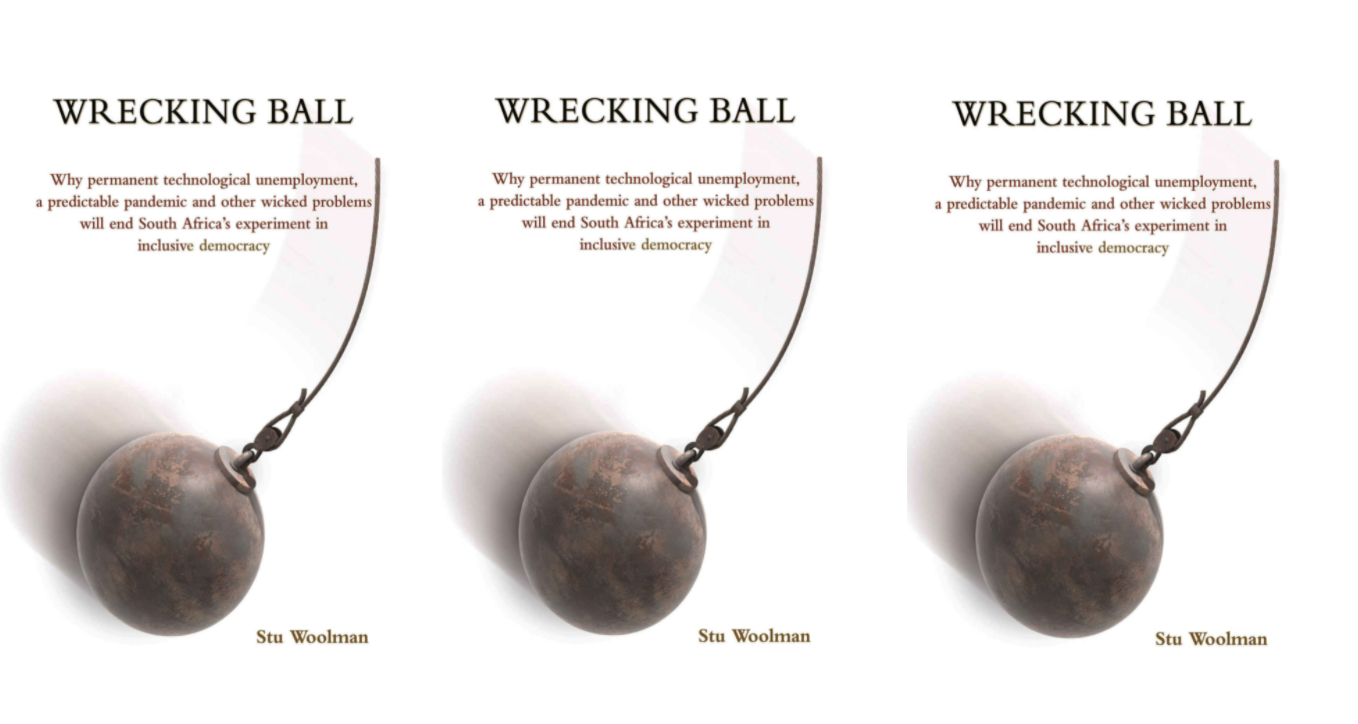 Before I finished this review, I filled a vehicle with petrol at my local service station. An apt name, because services are indeed provided. An attendant will pump the petrol and wash your windscreen. Oil, water and tyre pressure can also be checked.

This was the state of affairs when I grew up in Dartmouth, Nova Scotia. I did not pump “gas”, as we call it, myself but a number of my friends and acquaintances had part-time or summer jobs doing so. It was a significant source of employment for high-school students. Some people even eked out a low-wage living at the pumps.

Nowadays, I do pump petrol whenever I return home. This is because a petrol attendant’s job no longer exists. The task has been automated, or outsourced to the customer. If such systems were rolled out across SA, I guess the jobs of tens of thousands of people, many with several dependants, would vanish. Many jobs in other sectors such as mining are already vanishing as mechanisation, automation and digitisation gain traction.

All the talk from ANC officialdom about “beneficiation” to add value and create manufacturing jobs misses this key point. To remain competitive, manufacturers are not just moving to China. They are automating their production lines.

Such trends bode ill for “job creation” in SA, and are at the heart of this sobering new book by Stu Woolman, Elizabeth Bradley Chair of Ethics, Governance and Sustainable Development and Professor of Law at Wits. Wrecking Ball: Why permanent technological employment, a predictable pandemic and other wicked problems will end South Africa’s experiment in inclusive democracy, is a mouthful for a title. But you can see the bleak direction that the narrative takes.

It is a sobering look at a decalogue of “wicked problems” that have the potential to “end this period of human existence”. Topping the list are nuclear proliferation, climate change, resource scarcity, pandemics and the spectre of “permanent technological unemployment” (PTU). These challenges are global and, although the world is Woolman’s framework, much of his focus – as his title suggests – is on SA and its failing attempt at inclusive democracy.

Woolman notes that the reopening phases of the South African economy during the pandemic, even while transmission rates climbed, “created an incentive for businesses to increase the amount of automation, AI and other disruptive technologies that they use in order to remain solvent. With such an increase comes permanent technical unemployment… Even if we begin a meaningful rebound in 2022 or 2023, we can expect perpetual redundancy”.

PTU is especially worrying in SA, where the official unemployment rate is already north of 30% and over 40% if discouraged job seekers are included. Both are widely regarded to be underestimates. And much of the population is unemployable because of a failing school system that, almost three decades after the end of white rule, is perpetuating apartheid’s glaring educational, income and wealth disparities.

This army of unskilled, semi-literate workers will see low-wage employment swept away by automation, accelerated by the pandemic. This is Robert Kaplan’s The Coming Anarchy on steroids.

In SA, the social consequences of this will be compounded by the fact that many who are fortunate to hold down a job often have many dependants. “What will happen when one worker must carry thirty or more persons without adequate social systems of support?” Woolman writes.

He states: “Machines do not consume things. Machines do not buy things. So, while machines can replace human work, they do not drive purchasing power and consumption or GDP [gross domestic product] as humans do.” So the ripple effects of automation will hit the retail and wholesale sectors, especially those that cater to lower-income consumers.

Machines do not go on strike. As I have argued before, the deadly events around Marikana in 2012 sparked a drive to mechanisation in SA mining that continues apace.

Woolman is scathing of the state’s response to Covid-19, which he predicted was on the horizon in November of 2019. He raises the issue of a basic income grant, which is gaining some grounds these days, not least because of the unfolding economic fallout from the pandemic. He admirably looks at how economists historically have dealt with technologically driven unemployment. The bottom line: the worst is yet to come.

“The balance of power has tipped quite lopsidedly back towards capital,” Woolman states. That is indeed the case. While SA’s mining sector has been battered anew by social ructions and criminality with the apparent rise of a “procurement mafia”, wage agreements have generally been inked without recourse to significant industrial action. That underscores the waning power of labour, which is also to be expected in an economy with sky-high rates of unemployment.

“… it’s difficult for me to imagine that my path from a working-class family to a middle-class professional family could be replicated today,” writes Woolman, who hails from the US and is in his 50s. This is one of the dislocating trends that gave rise to the Donald Trump presidency. In SA, the path from the working to middle class is even more arduous, strewn as it is with literal and figurative potholes, including PTU.

One small quibble: the book is partly redundant. It was obviously written before the recent wave of riots and looting triggered, in part, by the jailing of former president Jacob Zuma. His jailing by the Constitutional Court for his defiance of it was widely seen as a victory for the rule of law. But the subsequent wave of social unrest underscored the deeper ailments afflicting SA’s body politic.

Is it premature to write obituaries for SA’s noble experiment in inclusive democracy? The rioting would suggest not. But the collective efforts of cleanup campaigns are signs of hope. The jury remains out on this one. But this important book is an excellent primer on why the jury’s verdict may be harsh. DM168 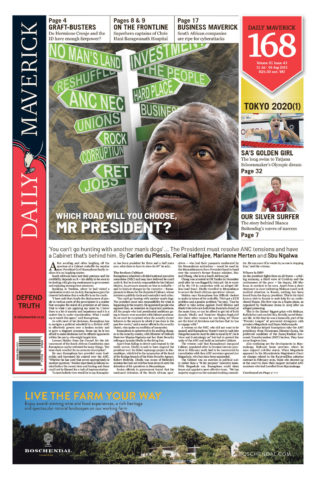