Barack Obama’s lessons from Nelson Mandela: Have faith in the Constitution and in the youth of today 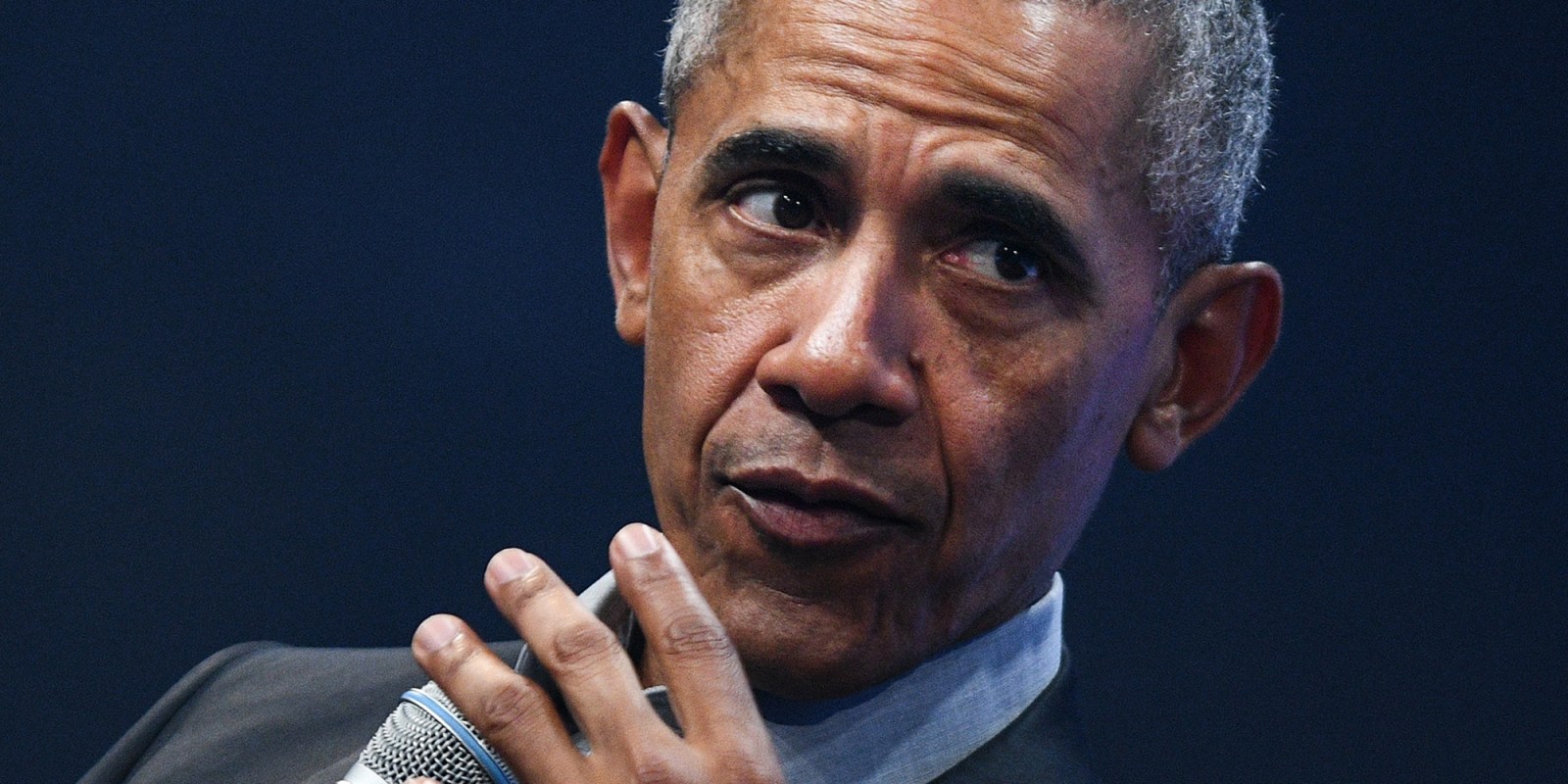 It will take more than just protest to narrow the gap between rich and poor, not only in perilously unequal South Africa and the US, but between them and between rich and poor nations globally. For Barack Obama, this is our most daunting challenge and will be for today’s youth, in whom he and Mandela shared a deep and abiding faith.

John Stremlau is Honorary Professor, International Relations, at the University of the Witwatersrand in Johannesburg.

On 4 August 2021, Barack Obama turns 60. When Nelson Mandela turned 60 in 1978, he was 15 years into a life prison sentence. Obama was only a college student. He still describes Mandela as the man who sparked his interest in politics back then and whose commitment to the struggle for democracy has sustained his own.

How ironic, therefore, that the anecdote about Mandela’s early impact on Obama is repeated in the first paragraph of a 28 July 2021 story in The New Yorker magazine titled “Mandela’s Dream for South Africa in Ruins”. The article appeared on the same day that The New York Times ran a guest essay under the headline “South Africa is Falling Apart”. One can imagine Obama musing to himself: “Really?”

In 2018, Obama came to Johannesburg to celebrate the centennial of Mandela’s birth and deliver his first public policy address of his post-presidency. The overarching theme was that Nelson Mandela exemplified vital universal values that can only be sustained through struggle, sacrifice and hope. No democracy is perfect; all are perfectible.

At that time, Obama’s successor Donald Trump was escalating his assault on American’s democratic experiment, while in South Africa Cyril Ramaphosa had just begun his difficult political task of reversing the damage done to our fledgling democracy during Jacob Zuma’s presidency.

Globally trends of illiberalism were accelerating, and have since been exacerbated by the Covid-19 pandemic.

Yet there is also danger in ignoring signs of democratic resilience. Doing so risks hopelessness and inaction.

Africa, for example, which usually is portrayed abroad as violence-prone and vulnerable to social, economic and humanitarian hardship, is the subject of extensive political analysis in the current issue of the Journal of Democracy. Three Africa political experts draw extensively on multiyear polling data compiled by Afrobarometer to make the case for “Africans’ Durable Demand for Democracy” despite daunting political, economic and social conditions.

At the same time, Professor Zachariah Mampilly of City University of New York, writing in the current issue of Foreign Affairs, argues in “The Promise of Africa’s Youth Bulge” that the youth will prove to be the key drivers of democratic reform in Africa.

Africa is not only home to the world’s youngest population, but also descendants of the world’s first humans and is today its most ethnically diverse region. With 54 sovereign states, misgovernance remains rampant, yet these same states have formally agreed to democratic norms that apply in principle domestically and in their international relations. The founding treaty for the African Union and its more recently ratified African Charter for Democracy, Elections and Governance obligates all member states to hold regular national elections subject to external observation.

Although the norms remain weak and electoral authoritarianism persists, the African Union is considered “one of the world’s most advanced regional organisations in terms of its mandate and instruments to create, protect and promote democracy in its member states”, according to a study by the Swedish NGO International IDEA.

In his 2018 tribute to Mandela, Obama noted that one of four core principles of South Africa’s first democratically elected president is that “democracy is more than just elections”, adding that Mandela was popular enough to have “governed by executive fiat, unconstrained by checks and balances, but instead guided South Africa through the drafting of a new Constitution”.

Despite severe stresses, that Constitution has been resilient and still predominates. Mandela set the enviable example that “no man is above the law”. Jacob Zuma, no less than former US President Donald Trump, continues to test the outer limits of that key proposition. But Zuma remains in jail with further probable prosecutions pending, and Trump may well follow him, despite the passionate support each still commands in politically potent constituencies.

Obama also stressed that Mandela’s vision of our common humanity “does not mean we have to abandon our unique ethnic and national and religious identities. Madiba never stopped being proud of his tribal heritage… But he believed, as I believe, that you can be proud of your heritage without denigrating those of a different heritage.”

This cuts to the heart of America’s democratic distress, as former US ambassador to the African Union and current university vice-chancellor Reuben Brigety concludes in his comparative analysis of white “tribalism” in the US and tribalism elsewhere.

Citizen rights to greater economic and social equality was another principle that Obama ascribes to Mandela, which neither of them had sufficient political support to fully address. In Obama’s words: “Those of us who believe in freedom and democracy, we are going to have to fight harder to reduce inequality and promote lasting economic opportunity for all people.” And then he quoted Mandela’s declaring: “where globalisation means, as it so often does, that the rich and powerful now have new means to further enrich and empower themselves at the cost of the poorer and the weaker, [then] we have a responsibility to protest in the name of universal freedom.”

It will, of course, take more than just protest to narrow the gap between rich and poor, not only in perilously unequal South Africa and the US, but between them and between rich and poor nations globally. For Obama, this is our most daunting challenge and will be for today’s youth in whom he and Mandela shared a deep and abiding faith, as he noted in the fourth principle of democracy that framed his address.

This was not a case of shirking hard cases. No one can accuse Mandela of that. His courage in defence of democracy – a cause he famously pledged to die for – is what drew Obama to so revere a man two generations older than he. And the purpose of his address was to make the case for the enduring example of Nelson Mandela.

For in any democracy, as in one’s own life, age is only a number. It is the attitude of the individual and society that really matters. DM