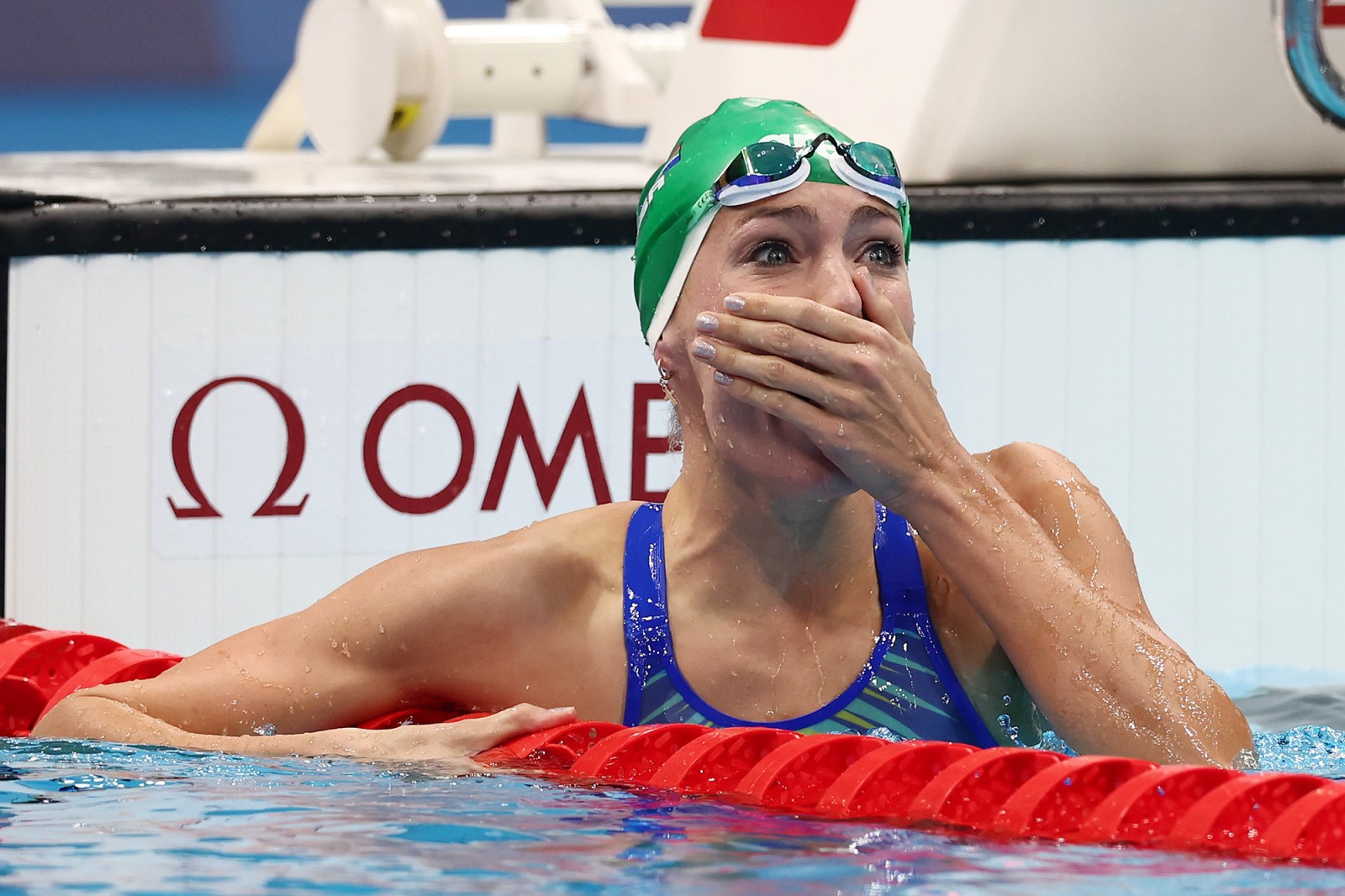 Tatjana Schoenmaker of Team SA reacts after winning gold and smashing the world record in the women's 200m breaststroke during the Tokyo 2020 Olympic Games at the Tokyo Aquatics Centre on 30 July 2021. (Photo: Clive Rose/Getty Images)

The swimming sensation earned South Africa’s first gold medal at the Tokyo 2020 Games by storming to a world record in the 200m breaststroke on Friday.

Schoenmaker, who won silver in the 100m breaststroke earlier in the week, was competing in her eighth race in five days and delivered a near-perfect performance under supreme pressure.

Her world-record time of 2:18.95 left her comfortably ahead of Americans Lilly King and Annie Lazor, who took silver and bronze. Schoenmaker was 0.97 seconds ahead of King. Team SA teammate Kaylene Corbett finished fifth in the final.

Schoenmaker went in front on the third lap and then delivered a powerful final length at the Tokyo Aquatic Centre to smash the world record and grab gold.

“It still hasn’t really sunk in! I’m excited to also go back home and celebrate this with my family. I don’t wish my Olympic dream was over, but I am really excited to just go and celebrate, even being at the Olympics, with my parents,” said Schoenmaker after the race.

She had come to Tokyo as the No 1-ranked swimmer in the event and the gold medal favourite. Having shown her form with a silver in the 100m after setting an Olympic record 1:08.92 she set in the heats, Schoenmaker continued to play down her 200m gold.

“To be honest, if I could just make the final – that was what I’ve said since I started coming through – to make the final is already an amazing achievement,” she said.

“I was lucky to have my teammate (Kaylene Corbett) there. We were all like two-two – two Americans, two British, two South Africans. So, it was just amazing to have that teammate there.

“I would’ve never even thought… This is my first Olympics, so for me to get a lane into the final – then everyone stands a chance.

“So, that’s the thing I’ve always believed in. I’ve exceeded – or God has exceeded all my expectations, so I couldn’t have been happier.” DM