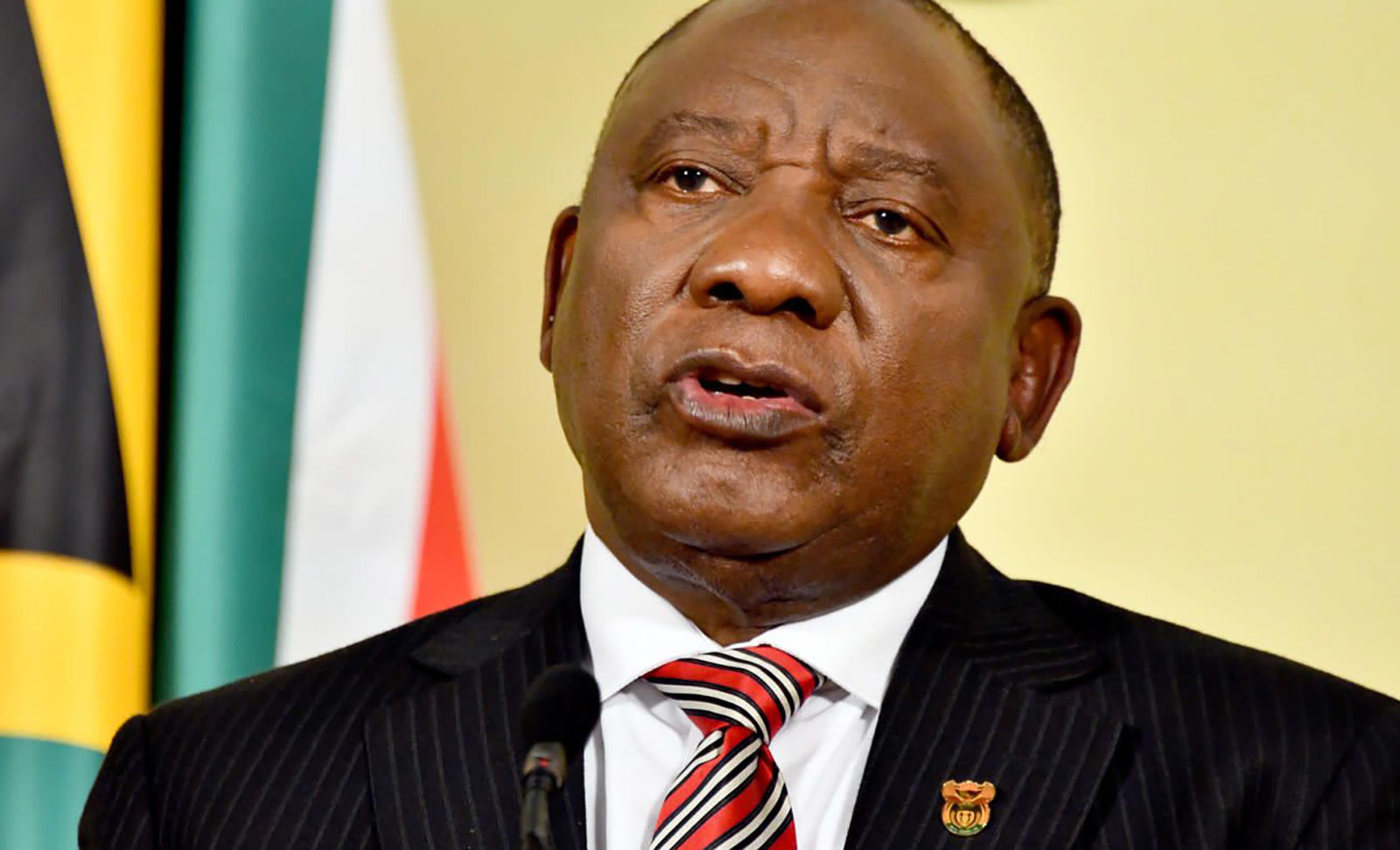 President Cyril Ramaphosa announced on Sunday night that the government was bringing back the R350 relief of social distress grant and extending it to unemployed child caregivers who previously did not qualify. It was one of several measures announced to relieve social distress and help businesses affected by recent civil unrest in KwaZulu-Natal and Gauteng. He also announced that schools are reopening from Monday, as will bottle stores, taverns and bars.

President Cyril Ramaphosa announced on Sunday, 25 June that his government will bring back the R350 relief of social distress grant and expand its reach to child caregivers. The grants will be available until March 2022.

His announcement came as lockdown restrictions were eased to Level 3.

This also meant that schools can reopen, as can bottle stores, bars and taverns.

Gathering with restricted numbers and physical distancing, including religious, political and social gatherings, will be permitted under adjusted Lockdown Level 3.

Ramaphosa also announced that registration and vaccination for the age group between 18 and 34 will open by September.

The reinstated R350 grant was one of several measures announced by the president to address hardship caused by recent civil unrest in KwaZulu-Natal and Gauteng and Alert Level 4 restrictions.

Ramaphosa, who also announced a government contribution of R400-million to humanitarian aid for communities ravaged by the recent civil unrest in KwaZulu-Natal and Gauteng, said the reinstatement of the grant was made possible by a slight improvement in the government’s revenue collection.

Ramaphosa also announced several measures to ease the cash flow of businesses by deferring for a short period the payment of a percentage of PAYE taxes.

He said the latest figures presented by the Department of Health indicated that the country, in general, was largely past the peak of third-wave infections. While the number of daily new infections are still high at 12,000 a day, it has dropped by 20% from the previous week. He said new daily infections in the Western Cape, the Eastern Cape and KwaZulu-Natal were still on the rise as were those in the Northern Cape.

He said regulations detailing restrictions for the new adjusted Level 3 would be published later on Sunday night, but in short, the national curfew would remain from 10 pm to 4am, interprovincial travel for leisure purposes may resume and restaurants, gyms, taverns and bars may reopen but with restricted numbers and had to close by 9pm.

Gatherings of up to 50 people will be allowed for indoor venues and 100 for outdoor venues, or alternatively, 50% of the venue capacity.

The number of people allowed at funerals remains at 50 and the ban on night vigils and after tears events remain.

He said liquor stores would be allowed to sell alcohol from Monday to Thursday and bars, taverns and restaurants may reopen and sell alcohol until 8pm.

Schools will reopen but strict health protocols will be in place.

On the country’s vaccination programme, Ramaphosa said the country was making great strides and registration and vaccination for those between 18 and 34 would open from September.

He said the country was expecting 31 million doses of the Pfizer and Johnson & Johnson vaccines in the next two to three months.

“There will be sufficient vaccines available for the rest of the year. We made tremendous progress in accessing vaccines,” he said.

This strategy, he explained, included Aspen Pharma in Gqeberha manufacturing the Johnson & Johnson vaccine exclusively for distribution on the African continent.

Switching to the recent violence that rocked Gauteng and KwaZulu-Natal, Ramaphosa said the government and society at large were still counting the cost and coming to terms with the destruction “left in its wake”.

The president said they were aware of a new extortion scheme in KwaZulu-Natal threatening businesses and would act accordingly.

“We have been able to return ports, freight and roads to full operational capacity,” he said.

He said investigations into those who instigated the violence were continuing and special measures had been put in place to manage the large numbers of arrested looting suspects.

He promised further arrests of the masterminds of the violence and said while calm had been restored, decisive action had to be taken to secure the livelihoods of millions.

This included reinstating the R350 relief of distress grant and extending it to unemployed recipients of child care grants, a group previously excluded.

He assured the business community that the government was making sure that Sasria, the state-owned insurance company, would assess and pay claims for riot-related damage as soon as possible.

Ramaphosa said a special once-off funding opportunity to ensure the survival of affected businesses would be announced at a later stage. Money had been set aside to assist uninsured businesses.

He said those affected by the restrictions under lockdown Level 4 could now apply for their TERS payments and their applications would be expedited. He said the Unemployment Insurance Fund (UIF) would provide support to those who lost their jobs because of civil unrest.

Other measures announced by Ramaphosa are expanding the employment tax incentive for four months to include employees earning less than R6,500 a month and increasing the incentive amount by up to R750 a month.

Businesses with an annual cash flow of less than R100-million will be allowed to defer the payment of 35% of PAYE taxes for two to three months.

The payment of excise taxes for the alcohol industry was also deferred by three months.