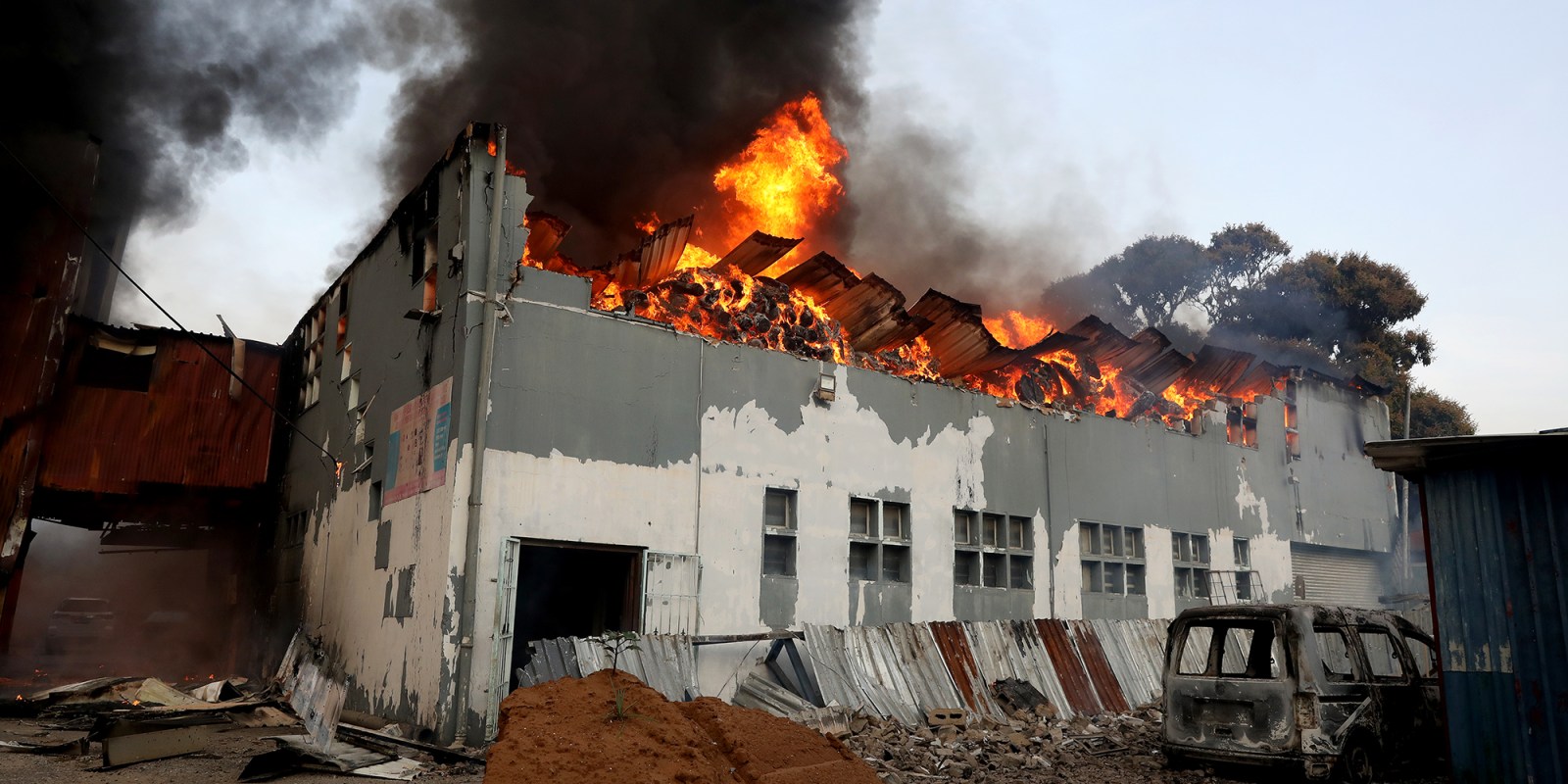 In less than a month, 12 Twitter accounts became central to the instigation that caused mayhem and destruction as they spearheaded the call to release Jacob Zuma from prison.

The Centre for Analytics and Behavioural Change (CABC) is a non-profit organisation based at UCT’s Graduate School of Business. It was established to track and counter mis- and disinformation, fake news and divisive and polarising rhetoric that is promulgated online to undermine social cohesion, democratic integrity and the stability of nation-states.

Accounts belonging to the RET forces network have been discovered in the top 12 accounts responsible for inciting violence on social media during the recent unrest in South Africa — initiated by calls for former president Jacob Zuma to be released from prison.

The top 12 accounts — four of which belong to the RET forces network — repeatedly retweeted hashtags intended to incite an uprising and bring the economy to a standstill as protests escalated into a mass looting spree in Gauteng and KwaZulu-Natal.

Through a combination of desktop research and social media analytic tools, the Centre for Analytics and Behavioural Change (CABC), based at the University of Cape Town, identified a number of hashtags intended to cause unrest, through, among other strategies, calling for shutdowns across South Africa.

The hashtags generated a total of 1.29 million mentions since the beginning of July, with a volume of more than one million retweets.

The CABC also identified the top authors using these hashtags, refining the results through researching elements of misinformation and disinformation, incitement of violence, as well as alarmingly high tweet volumes.

The top 12 authors were found to have accounted for more than 13,000 mentions within the incitement of violence hashtags:

Tweet activity of the 12 accounts using the incitement of violence hashtags:

Among the most commonly used hashtags were those calling for Zuma’s release, and to shut down Gauteng and KwaZulu-Natal.

Top 10 hashtags used by the 12 accounts in July:

The use of these hashtags, and others similar to them, peaked on 12 July, when Zuma asked the Constitutional Court to rescind his sentence. This was also the same time that protests peaked in Gauteng, resulting in the looting of several shopping malls and extensive damage to property.

Incitement to violence hashtag mentions up to 23 July:

In May, the CABC released a report that identified 51 inauthentic accounts operating within another organised network to spread online disinformation in support of politicians facing corruption charges — including Zuma and ANC Secretary-General Ace Magashule.

That network organised itself under the banner of the Radical Economic Transformation policy, but the content it distributed had little to do with transforming the economy — and much to do with fighting the cause of those facing corruption charges outside the courts, instead of inside them.

The CABC identified clear links between the 12 top accounts engaging with violence-inciting hashtags and the “RET” network of 51 accounts. 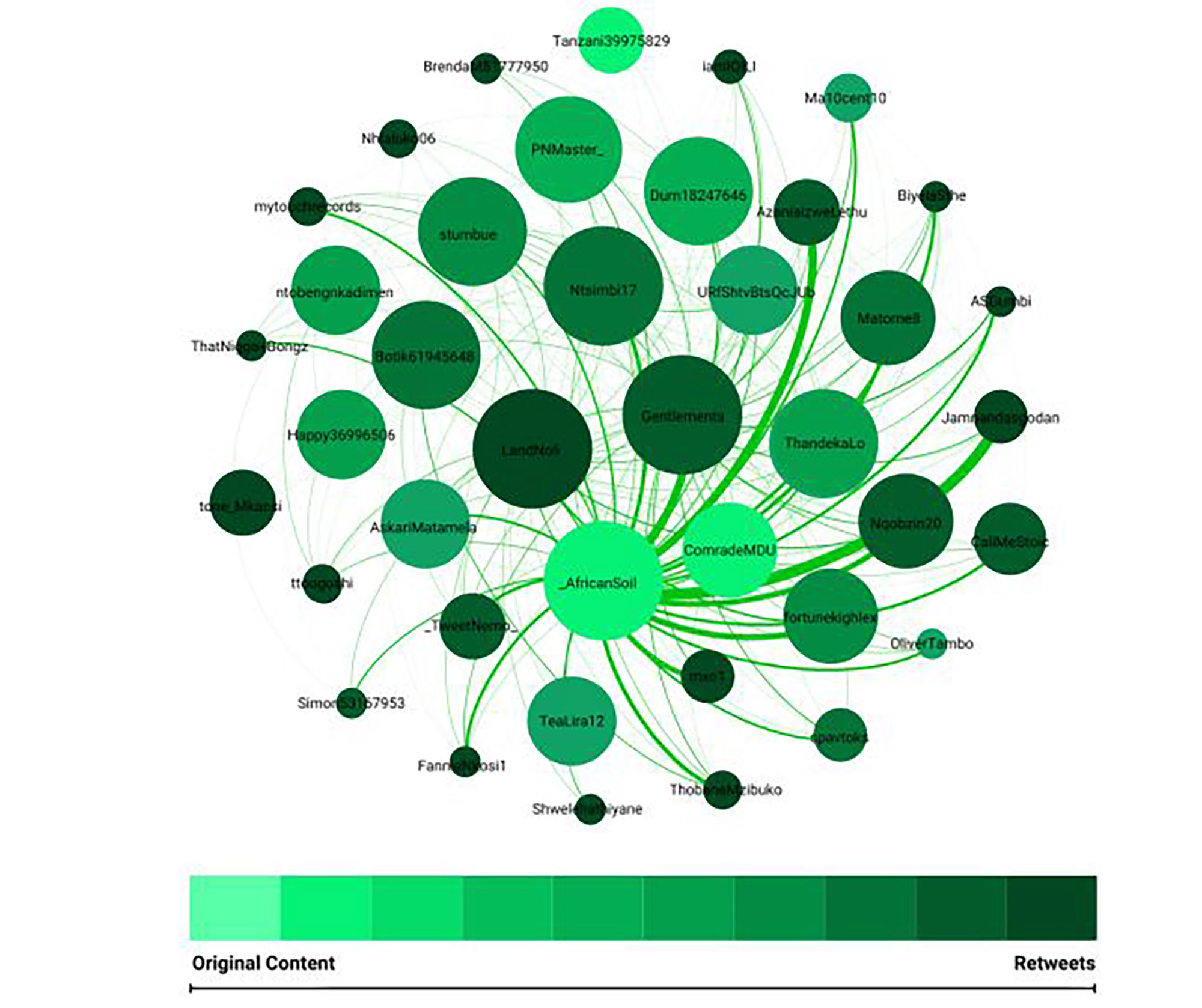 Four of the 12 accounts — @StheBiyela, @Botik61945648, @iamIQILI and @mytouchrecords — are part of the RET network which had been identified in this report.

@Tellunknown, an account that used hashtags connected with incitement to violence 1,577 times this month, was created in December last year and has only 352 followers.

Most of the content posted by the top 12 accounts within the incitement-to-violence conversation was not original content.

More than 90% of the 12 accounts’ tweets are retweets of other Twitter users who support Zuma.

More links were found between @Mason0070 (top 12 account) and @_AfricanSoil, @Bongikocy, and @Landnoli (identified under the RET forces network.

On a broader scale, more than 90% of all content generated by the top 12 accounts this month were retweets from other users who support Zuma and criticise President Cyril Ramaphosa and the media. 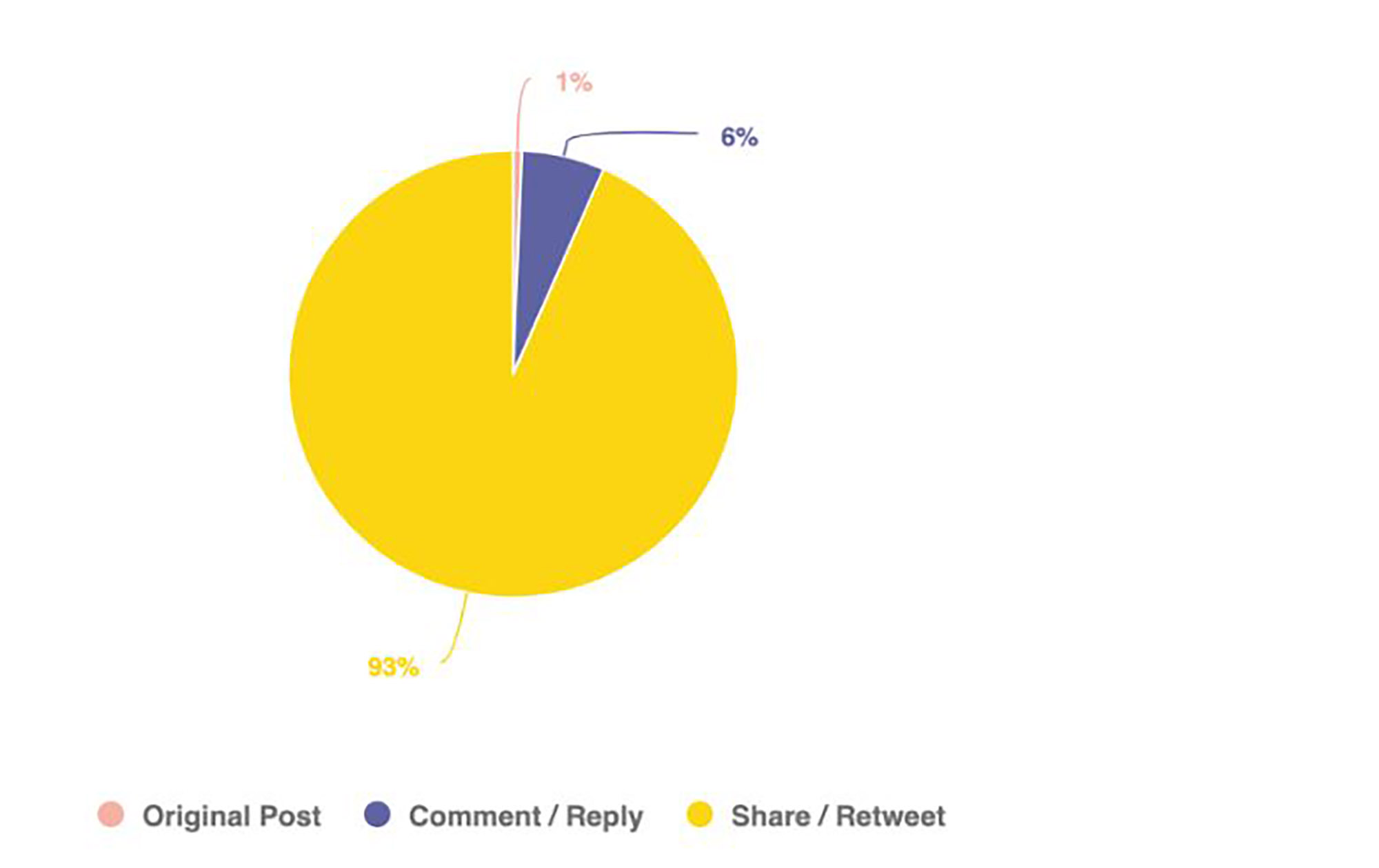 With a daily median tweet volume of 826, @Azania_kal (the account with the second-highest mentions of the incitement to violence hashtags) tweets from 7am, to get traction for the day, and up to 7pm, to engage people after work. More than 90% of its recent 3,200 tweets are retweets. 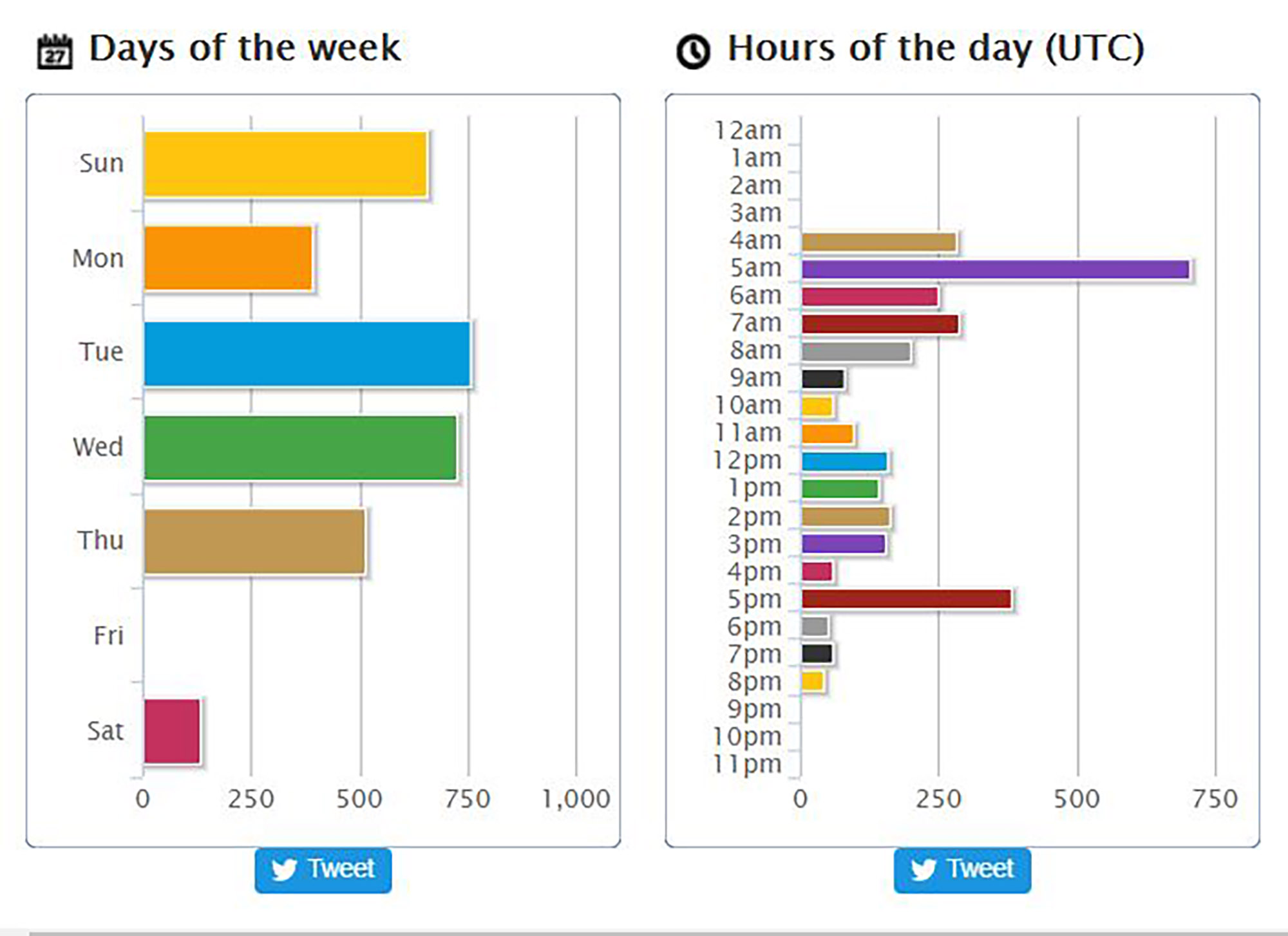 Among the biggest hashtags used in the account’s recent 3,200 tweets were those relating to shutting down the country and releasing Zuma.

In less than a month, these 12 accounts became central to the instigation that caused mayhem and destruction, as they spearheaded the call to release Zuma from prison.

Their lack of original content, high tweet volume, their constant engagement with the RET forces network and the use of sophisticated tactics to produce and distribute content in a strategic manner suggests a high level of organisation and social media expertise.

As long-standing tensions in South Africa’s social fabric threaten to tear the nation apart, it is apparent that unseen hands are organising themselves behind the scenes and working together on social media to foment social discord. DM