Maria Molapo’s family in mourning after her passing in Protea Gardens Mall during sporadic lootings in soweto.Photo:Supplied

On the morning of her death, Maria Molapo told her sister she needed a hotplate but she assured her she wouldn’t join the looting in Protea South, Soweto. Her family are left with only questions.

Maria Molapo’s seven-year-old son has questions: “Has mommy stopped breathing? Will she be thrown in a hole and sand poured over her? Will I have another chance to see her?”

His 40-year-old mother died during the looting of the Protea Gardens Mall in Soweto on 13 July 2021 and her son wants answers from his aunt, Sheila Molapo.

Maria, who was unemployed, lived with her son in Protea South, a semi-informal settlement that sits behind the Protea Gardens Mall. She had lived there for two years while her other siblings stayed in Dlamini 1, Soweto.

On the morning of her death, Maria called Sheila and they chatted about how the looting was rapidly spreading to their own areas. Maria suggested she needed a hotplate, which costs around R200 at Shoprite, but the pair agreed to avoid the malls.

“She told me people were looting Fair Price at the Protea Gardens Mall,” said Sheila.

“We assessed the risk of partaking in the looting and we both agreed none of us would be part of it. She said she was busy doing her laundry.

“I was shocked when I received a call from someone who knew her saying I should rush because my sister lay dead at the Protea Gardens Mall,” added Sheila.

At first, Sheila felt as if she was dreaming. She was waiting to be told that it was a joke. They had agreed not to get involved.

“I don’t know what convinced her otherwise or why else she would be there,” said Sheila, who suggested Maria may have tried to get a hotplate.

“But I was convinced that even then that she would not go because that was our resolve.”

According to Sheila, Maria had no visible injuries that might have suggested the cause of her death, leading the family to conclude that she likely died in a stampede.

When Molapo arrived on the scene after 4pm, her sister lay at the back entrance of the Shoprite store inside the mall. Someone nearby said other looters initially blocked Maria from rushing into the store because she was wearing an ANC T-shirt featuring the face of President Ramaphosa.

Allegedly, the looters told Maria they didn’t want the ANC to be blamed. She rushed home and returned in a different top and made her way into the store.

Those are the only details the Molapo family have about Maria’s death. They still want to know why she went to the mall and how she died. There was no hotplate near her body.

“She was a wonderful person. She loved people and loved life but was always very calm. She loved unapologetically,” said Sheila.

“She took my kids as her own. We were very close. Her adorably loving nature was unquestionable. I’m not saying this because she was my sister — she was truly great.

“We had a special bond. She left a huge gap that no one can fill and it will take me a very long time to accept that she is no longer with us.”

Maria Molapo is one of the now-confirmed 337 people who died during the riots and looting in KwaZulu-Natal and Gauteng. Thousands of stores were looted and vandalised, affecting hundreds of shopping malls. Other infrastructure, such as network towers, was also attacked.

Thousands were arrested during the looting and the police and SANDF have been going door-to-door in some communities to recover stolen goods.

“What saddens me the most is her seven-year-old boy. He has been asking questions of her mother’s whereabouts daily and I don’t have all the answers,” said Sheila, tears rolling down her cheeks.

“Even when I tell him that his mother was an angel, he keeps bringing up more unanswerable questions and that breaks my heart.”

Two weeks before Maria’s death, her boy told her he has two mothers — Maria and Sheila. If anything happened to Maria, he said, he would take his television set and clothes and go stay with his aunt.

“She was used to saying whatever happened, good or bad, must be accepted. She preached acceptance. She would encourage progress rather than sulking over impossible situations,” said Sheila.

“What’s done cannot be undone, she would say. I am weeping today but she has never made me weep her whole life.” DM

On Thursday, the ANC’s Nomvula Mokonyana visited various families in mourning after the death of loved ones during the violence that swept parts of KwaZulu-Natal and Gauteng earlier this month. 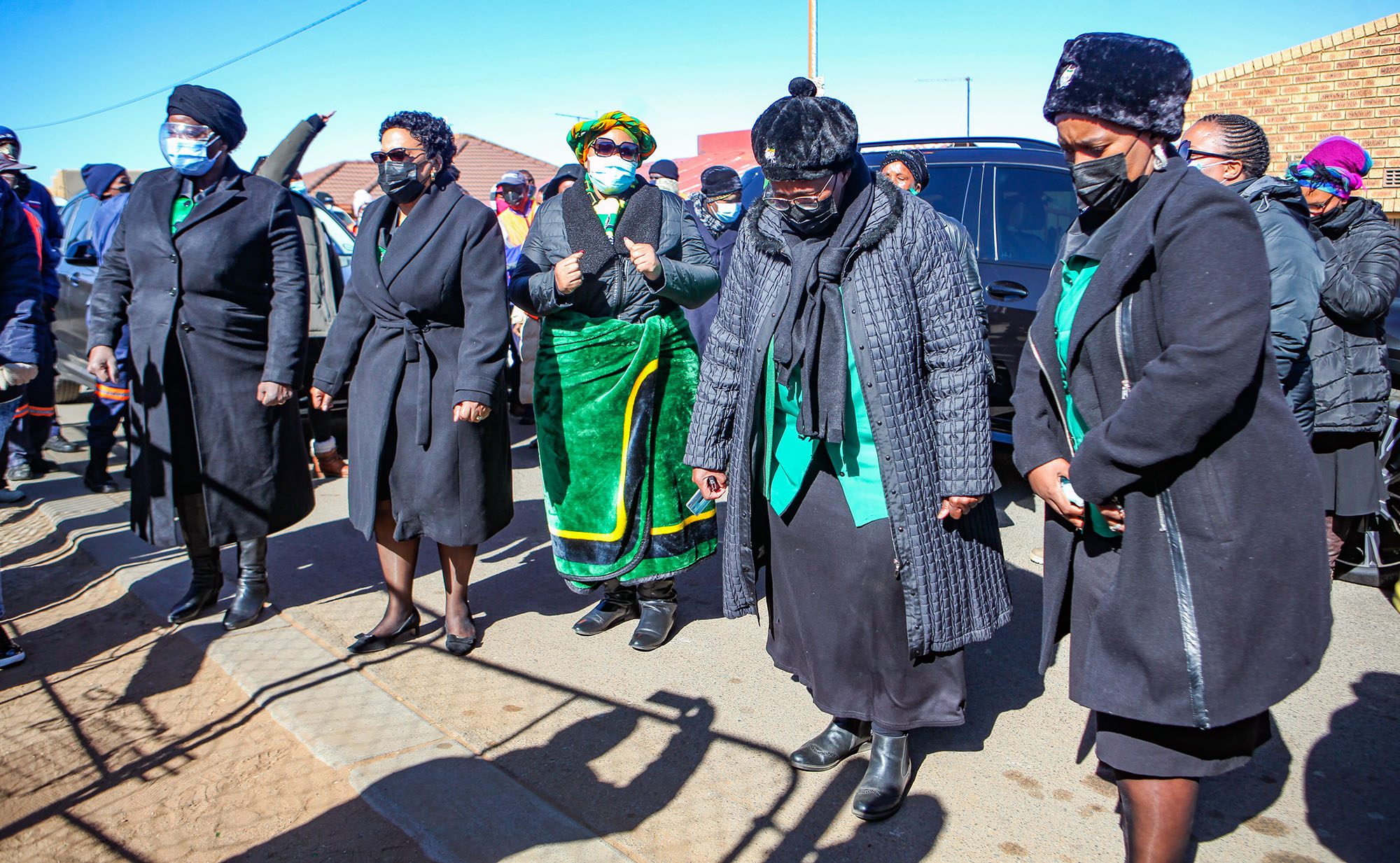