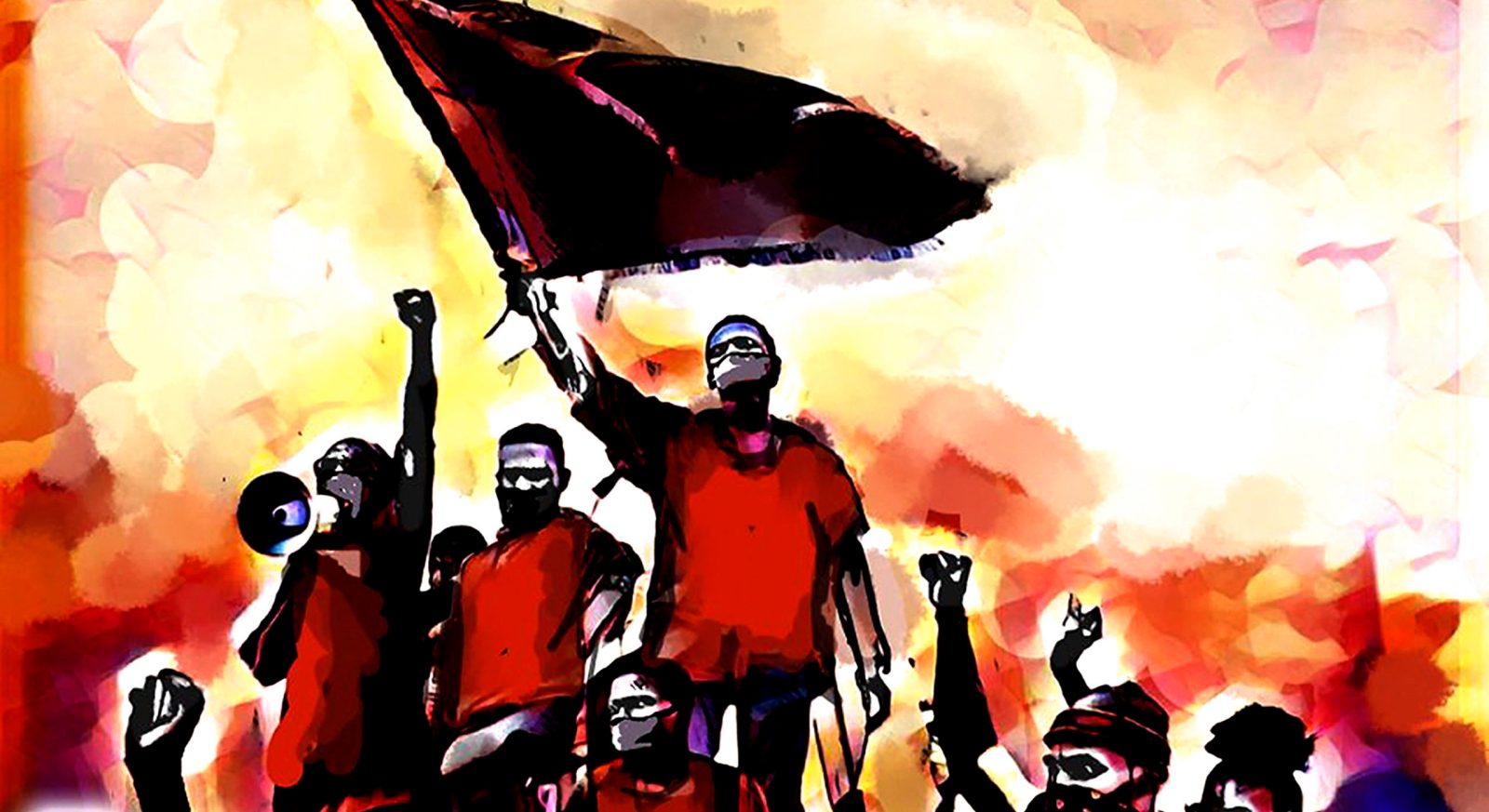 Because people don’t believe the politicians’ words, they will only be assuaged if they can see and taste that change is coming. (Photo: New Frame/Wikipedia)

Mark my words, the choice is stark: either change within the law or eventually accept that chaos will come and it will happen outside it; give something substantial now, or lose everything later. To quote Ian Goldin: ‘The pandemic has shown that it is much less costly to stop a crisis than to respond to one that is raging.’

One of the commonest refrains heard from poor people interviewed by the media in the aftermath of the great non-insurrection was that they no longer trust the words and promises of politicians, including the President. They feel left behind, the victims of nepotism, favouritism, party patronage – all polite societies’ preferred ways of looting. In this respect, it doesn’t matter who you are or how many times you say “Ubuntu” or “Nelson Mandela”, you won’t be believed.

Unfortunately for them, speaking at the annual Nelson Mandela Memorial Lecture on Sunday, President Cyril Ramaphosa mainly only had more words to offer. This is unlikely to staunch the haemorrhage of our bleeding rainbow. The most concrete he got was when he spoke about a Basic Income Grant (BIG), which he talked about approvingly and said “will validate our people and show that some serious consideration is being given to their lives”; a BIG “in many ways will also speak to what Nelson Mandela stood for… caring for the people of our country.”

But – for the uninitiated, let us remind you – we have had two decades of BIG talk. What, we should ask, is the plan and the timeframe to introduce a BIG?

Because people don’t believe the politicians’ words, they will only be assuaged if they can see and taste that change is coming. It’s wrong to expect trust in an amorphous Economic Reconstruction and Recovery Plan based on last Tuesday’s trickle-down economics. The instinct of ordinary people, who are on the receiving end of economic theory, can tell you that.  The old economics is shattered and incapable of meeting the modern challenges. The sooner Ramaphosa understands that the sooner we can move on.

At the end of World War 2, to rebuild from the devastation of the bombed cities and factories, Europe, with financial assistance from the US, embarked on a massive Marshall Plan to rescue society. It worked. Big business should note that the rationale for this plan was self-interest: in large part to stave off the threat of communism. Today a similar plan is necessary to stave off the threat of populism and fascism.

But in addition the rules of economics and taxation were rewritten to make recovery based on an ambitious plan possible. As Oxford professor Ian Goldin points out in his new book, Rescue: From Global Crisis to a Better World: “It was no accident that the design of a new world happened during, not after, the horrors of the Second World War and long before the wounds had healed.” Today, South Africa too needs a Marshall Plan or, as Thuli Madonsela has framed it, a made-in-South Africa Musa-Plan.

Because South Africa is akin to a country still in the throes of a destructive war – and I do not say that as a figure of speech. We have had the war of Covid that, at the latest count, has taken nearly 193,204 lives; the war of economic lockdown that has taken three million jobs; the war of closed schools that has forced another 500,000 under-18s out of the school system.

To restore belief in the rule of law and our shattered constitutional system, people need to see and taste change.

Words alone will not do.

Civil society organisations like the Institute for Economic Justice (IEJ) and the Budget Justice Coalition (BJC) recently put forward well-researched and costed proposals for relief measures (see the BJC statement here) and they should be acted on.

But we need to go way beyond mitigation. We need post haste, and without workshops and indabas and consultants, to define the core pillars of a bricks, mortar and mielie plan, and lay the first bricks tomorrow. I would suggest four:

And if this means printing money, taxing the ultra rich, spending some of our foriegn reserves, using the huge surplus in the GEPF – then so be it.

Of course, the answer to this will be “we can’t afford it”. But if Ramaphosa is to win trust and if he is to succeed, it’s time he broke the “rules”, the economic rules, that is.

As esteemed writer Imraan Coovadia writes in Daily Maverick today: “Old ways of understanding economics and minimum-wage laws are only valid if they put more people to work, not if they keep half the country in destructive idleness.”

South Africa needs to appeal to the international community and financial system for money and space to revive our broken constitutional contract with the poor, while mobilising all the resources we can and have within our country.

Mark my words, the choice is stark: either change within the law or eventually accept that chaos will come and it will happen outside it; give something substantial now, or lose everything later. To quote Goldin again: “The pandemic has shown that it is much less costly to stop a crisis than to respond to one that is raging.”

But this is not just a matter for the government, it is a matter for each of us: in every city and town, in districts and suburbs, around the main pillars of an M-Plan we need to build on the solidarity work done by Community Action Networks such as Cape Town Together and the recent volunteer initiatives around rebuilding. We need to establish social pacts from below, community partnerships that take responsibility for schooling, prevent localised hunger, identify local projects where jobs can be created. It is possible. All it needs is for you to get off your arse.

What will it take to break (y)our paralysis?

It’s time that we stopped arguing about finer points of ideology and focus on what we all agree on.

It’s time we let the needs, ideas and voices of ordinary people guide us (and believe me, they have ideas aplenty), not political bosses, civil society bosses, trade union bosses – each trying to protect their own territory and egos.

We need to look at ourselves and ask which side we are on. Are we a help or a hindrance? What do we need to do differently?

We need a capable state and we need the state to open itself up to the expertise that lies outside it. Armchair critics need to be prepared to get in a driving seat and work for the government.

I don’t trust the government any more, but we can’t do it without them.

I fear there is a danger that the narrative of insurrection (however true) will become a convenient explanation that allows us once again fail to act on the social crisis that underlies all the violence in our country.

It will happen again if we don’t rapidly find the common purpose in action that this editorial argues for. DM/MC