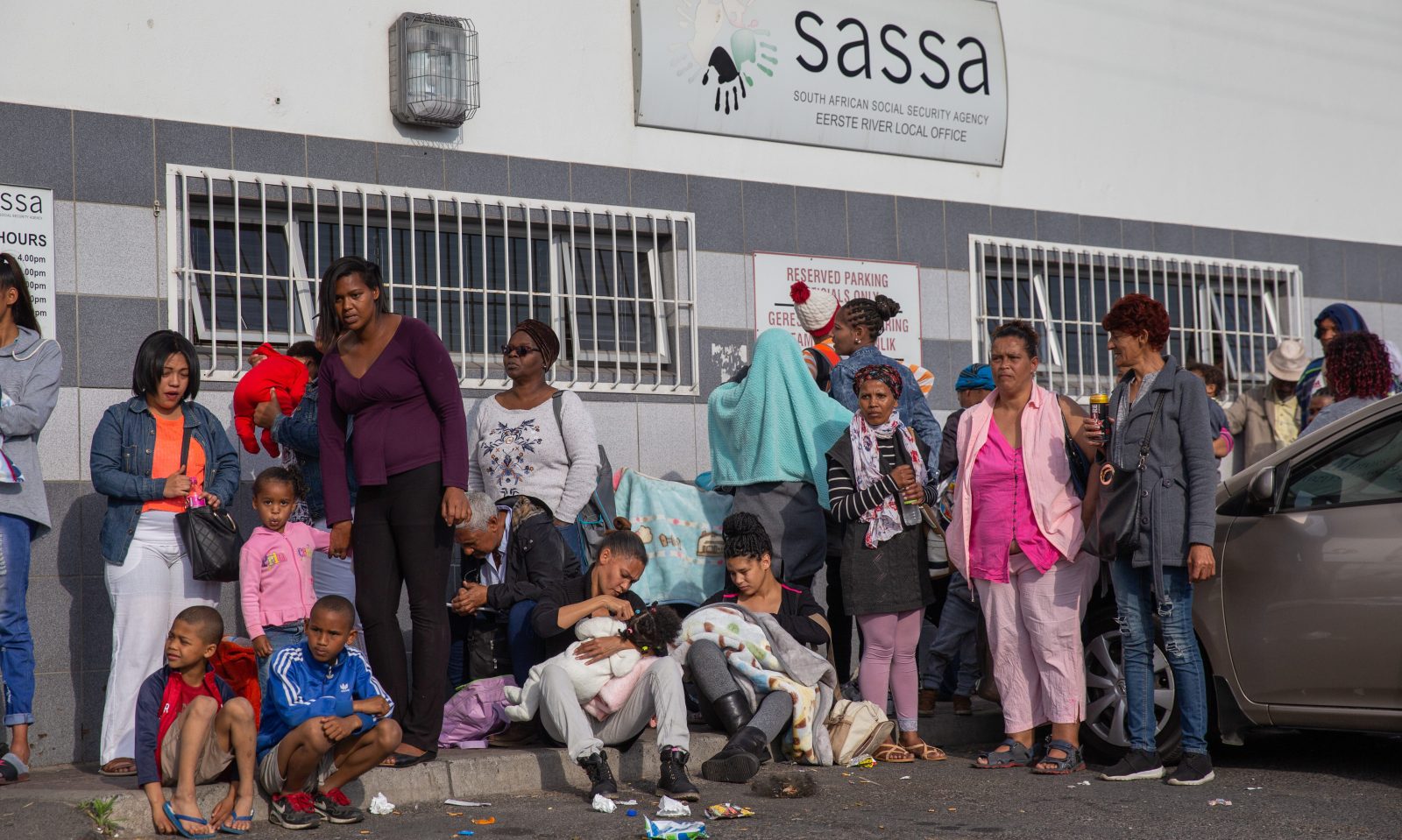 Budget Justice Coalition members are deeply disturbed by the unrest that unfolded across the country over the past few weeks. The violence and destruction are devastating at a time when many in South Africa already face hunger and poverty, made worse by a vicious third wave of coronavirus infections.

Zita Hansungule is from the Centre for Child Law, Daniel McLaren is budget analyst at SECTION27, Tabitha Paine is a researcher at Open Secrets, Samantha Waterhouse is from the Women in Democracy Initiative, Dullah Omar Institute. This article is written on behalf of and with input from the members of the Budget Justice Coalition (BJC) a civil society coalition of 20 organisations that aims to build people’s participation in and understanding of South Africa’s budget and planning processes.

The unrest of the past two weeks has complex and varying motivations. These include food and economic insecurity, which have been compounded by the Covid-19 pandemic, the weaknesses within the state to address this, as well as factionalism within the ruling party.

Budget Justice Coalition (BJC) condemns the violence, looting and attacks on critical infrastructure such as trucks, roads, water, food and medicine warehouses and the Shell and BP South African Petroleum Refineries (Sapref) oil refinery. The ANC must take steps now to deal with the criminality that thrives within its ranks, which has allowed the state to be captured, and for looting and corruption to undermine democracy and the economy.

The BJC notes that capture of the security cluster, including state security, by former president Jacob Zuma, and the long-running issue of ineffective cadre deployment, have been compounded by austerity budget cuts to the police and the National Prosecuting Authority (NPA). These issues coalesced to result in the limited ability and willingness of the security services to put an end to the looting and violence when it first emerged.

BJC also recognises that poverty, inequality, hunger, unemployment and violence against women and children have increased in South Africa over the past decade, and rapidly since the Covid-19 pandemic reached our shores in early 2020. Poorly conceived lockdown measures undertaken with little to no consultation with people, small and medium-sized businesses and the informal sector, have resulted in a devastating loss of businesses, livelihoods and household incomes.

The devastation to livelihoods has not been ameliorated by the limited government relief and support provided (see here). The bulk of the support, while absolutely essential and welcomed by BJC, has largely benefited more established businesses (credit extension), the well-off (tax cuts and subsidies) and the employed through the Temporary Employer-Employee Relief Scheme (Ters) (and the unscrupulous employers who have exploited the Ters system to receive funds without transferring them to workers).

Meanwhile, the only lifeline that many informal business operators and the unemployed have had is the meagre R350 Covid-19 Social Relief of Distress (SRD) grant, which was terminated in April this year, and a temporary caregiver allowance and top-ups to the existing social grants, which helped to protect households from food insecurity for a short while but were discontinued in October 2020. The termination of these grants left many within South Africa unable to secure access to food.

It is unforgivable that instead of increasing the Covid-19 grant, as demanded by countless civic voices, the Covid-19 grant was terminated. This was despite clear evidence demonstrating that termination would increase hunger and further impoverish the 10 million people for whom the grant had made the difference between hunger and starvation. Moreover, when the caregiver allowance for the Child Support Grant was stopped in October last year and caregivers continued to be excluded from accessing the Covid-19 grant, the poorest children and their caregivers were plunged into deeper poverty.

It is unforgivable that the government has stubbornly continued with the chosen path of austerity to deal with rising public debt that resulted from a decade of State Capture and looting. All the evidence from countries that have implemented austerity — evidence which BJC has consistently placed before the government and Parliament — shows that austerity represents a colossal failure of budgeting and planning. The costs of austerity include increased inequality, poverty, unemployment, low skills due to poor education, lost productivity due to ill health, and long-term impacts on government capacity. These costs will weigh heavily on the economy and on revenue collection and will make it harder to pay off debt.

In stark contrast to the rest of the world where many economies were stimulated in the wake of Covid-19, Budget 2021 announced R265-billion in cuts to public services, affecting all areas of service delivery. Key austerity measures included reducing the value of social grants, even as food prices have increased and unemployment has soared, reaching 74% for youth, 51% for black women, and 48% for all black South Africans. R50.3-billion was cut from healthcare spending, even as the pandemic raged and people’s access to healthcare had been disrupted during the previous 12 months. R9-billion was cut from public schools, resulting in rising class sizes, provinces struggling to place learners in overcrowded schools, and contributing to 750,000 learner dropouts since the pandemic began. R39-billion was slashed from the police budget, negatively affecting enforcement capabilities.

BJC supported calls for public representatives in Parliament to reject the 2021 austerity budget in light of its trampling on the rights to food, water, healthcare, education and social protection, at a time when we needed the government to step up with more support for the majority of people. BJC, the Finance and Fiscal Commission and constitutional experts have questioned the constitutionality of the 2021 austerity budget, asking whether the government “fully justified” the foreseeable impact that budget cuts would have on hard-won socioeconomic rights.

BJC welcomes President Cyril Ramaphosa’s undertakings in his 16 July public address and 18 July address to the ANC to provide food parcels, cash and food vouchers and to support small businesses, as well as his recognition that the implementation of a Basic Income Grant would show “that the government cared”. However, broader and more concrete steps are necessary to address the root causes of the violence and looting: hunger, poverty, inequality, and factionalism and criminality within the ruling party. In this regard, BJC demands that the government demonstrate its commitment to socioeconomic rights as well as the rule of law by:

We at BJC reiterate our demands for social and economic justice. These can only be achieved through greater and more meaningful social solidarity between elites and the majority. Our government must listen to the public, turn the page, and recognise that economic growth alone will not solve our deep structural challenges and that a redistribution of wealth, income and opportunity is essential. BJC has set out a roadmap for how to achieve a more just economy in its human rights budget: Imali Yesizwe (Our Nation’s Money). DM/MC