On neighbourhood patrol in Bitou Municipality with a co... 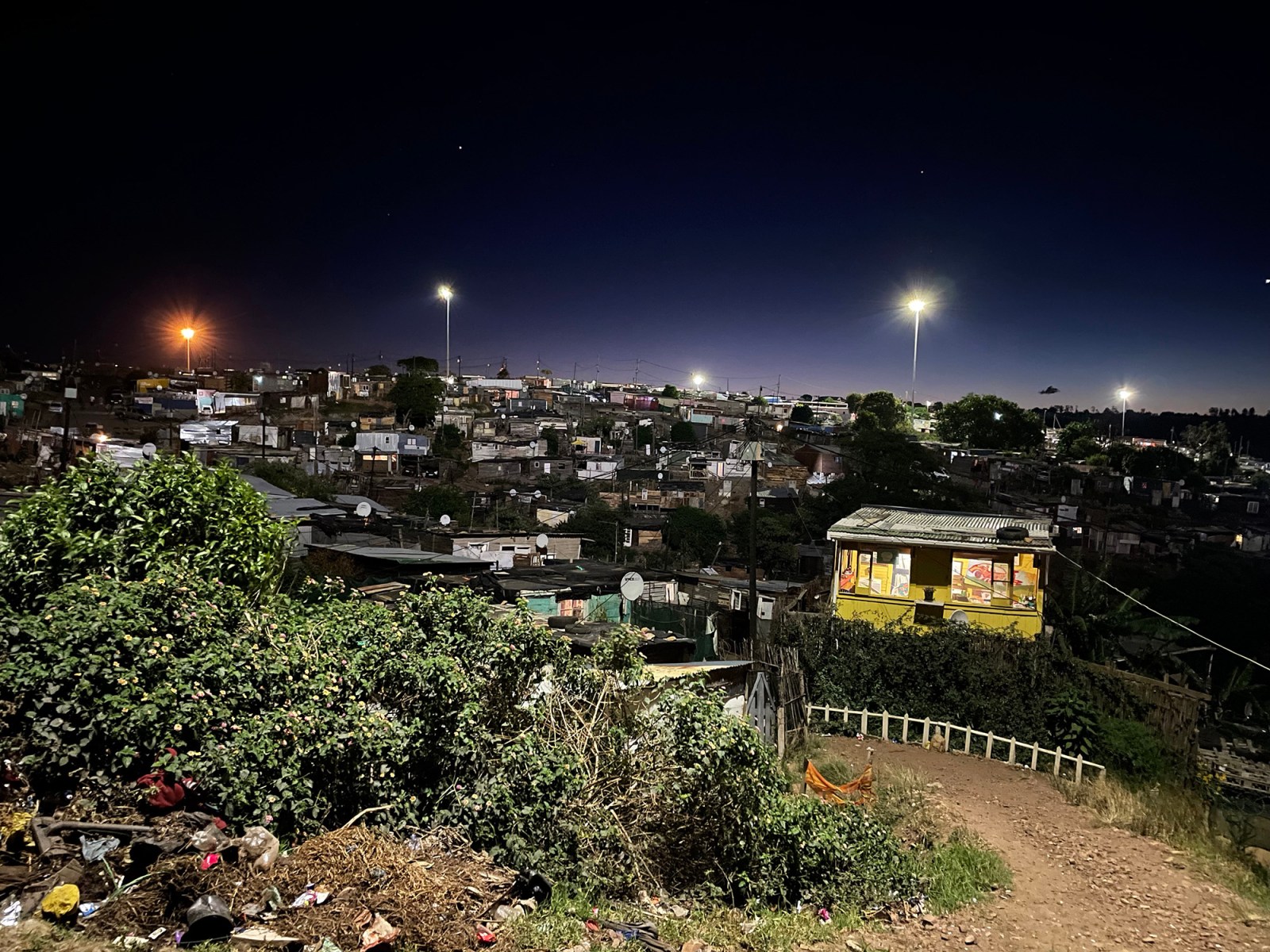 The New Horizons Taakmag is a group of young men who are stepping into their community to help fight crime before the police get involved. On a cold winter’s night, Daily Maverick joined them on a patrol.

A group of 20 men from New Horizons in the Bitou Municipality are getting ready to patrol their neighbourhood. It’s all laughter at first, but it gets serious when the group speaks about the night’s duty: recovering stolen items.

“The big things here are robberies and housebreakings,” said Claude Terblanche from the New Horizons Taakmag. The group is made up of more than 20 men who patrol the community at weekends.

The group was formed in 2019, but disbanded in 2020, as they could not patrol their community during the curfews associated with the Covid-19 regulations. Then six months ago, “the community asked” that the group become active once again. The Taakmag is not yet formally registered as a safety structure, but is working to fix this with policing structures in the municipality.

Usually, the group patrols New Horizons on weekend evenings before curfew. Eight of the volunteers – who are unemployed – attend to complaints during the day.

Daily Maverick joined the Taakmag on patrol on a Friday night. The group tracked down a young man who was alleged to have stolen a camera. He was in the nearby Qolweni informal settlement when they approached. He then pointed out where the stolen camera was.

While Daily Maverick waited with members of the group, others went to retrieve the stolen camera. A Bitou Municipality Public Safety van drove past, but did not stop to see what was happening. The camera was recovered by the group. The young man also stood accused of stealing two laptops from a nearby church. One has been recovered by the group.

The Taakmaag then drove in convoy back to New Horizons to try to recover a stolen chainsaw, but returned empty-handed.

While on patrol, the group searched a young man and found two Mandrax tablets, which they destroyed, in his possession. When they asked where he had got the tablets, he pointed to a nearby house.

While the group went to the house, one member said, “Hy was so ’n mooi klong [He was such a  beautiful boy].”

The group went to the house the man had pointed out and found two young men in a wooden structure behind it. Daily Maverick saw several packets of tik (crystal meth), Mandrax tablets and cash lying on a bed.

The group told the men not to leave the property. Then a woman walked out, asking what was happening on her property. She was holding a sjambok and asked the group to reveal who they were. They explained that they were from a crime-fighting group and had been told drugs were being sold at her house. The woman told them to call the police.

During this exchange one of the young men jumped over a wall and into another street.

The police responded swiftly, arriving about 15 minutes later, but made no arrests. Terblanche told Daily Maverick the police did not want to make any arrests as they “don’t have a search warrant… the only thing we could do is ask the guy to destroy the drugs, which he did”.

Police Sergeant Christopher Spies said: “The leaders of the group in question are welcome to visit the office of the station commander in order to address their concern and to find an amicable solution” about why the police did not make any arrests.

Spies said it was important to note that CPFs operate within a specific police precinct and are mainly established to build and maintain a partnership between the police and communities.

“Individuals or groups who want to be part of crime-fighting initiatives are urged to join the local community policing forum. They should also at all times operate within the boundaries of the law.

“The police cannot work in isolation in dealing with crimes which threaten  the safety of communities. It is therefore important for the police to work hand-in-hand with the community. Our CPF structures are key to ensure that a solid partnership exists between the police and the community.” DM