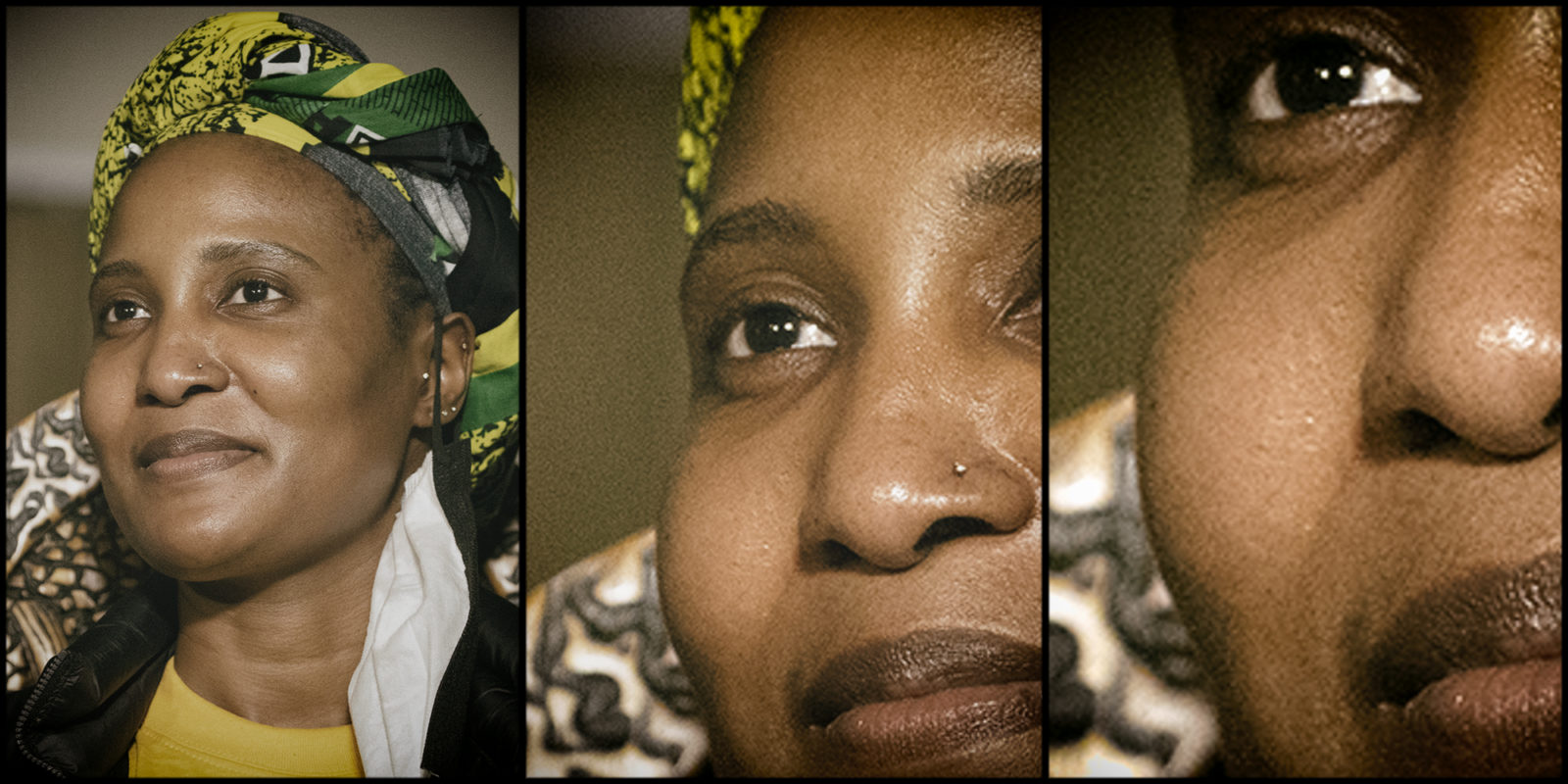 While Duduzile Zuma-Sambudla has been compared to Trump’s adoring daughter Ivanka, our first daughter has actively encouraged mayhem and violence.

The custom-made diamond necklace Duduzile Zuma wore on the day she married ANC-linked businessman Lonwabo Sambudla in 2011 was worth R1.5-million and was heavily guarded by police.

Security in and around the Inkwenkwezi Private Game Reserve near East London was stepped up over the Easter weekend of 2011 as scores of socialites, celebrities and political big cheeses headed to the wedding of the year.

Under the watchful eye of private security, the presidential protection unit and the SAPS, the couple, who met in 2009 when Duduzile Zuma was a board member of the Gupta-owned Sahara Computers, treated more than 600 guests to a “Parisian-style” wedding.

Ordinary South Africans did not enjoy the same personal protection this past week as violence, looting and burning spread across rural and commercial areas in KwZulu-Natal and in Gauteng in the aftermath of Jacob Zuma’s incarceration for contempt of court.

As we write this, palls of black smoke hang over those parts that have been affected and gunfire punctuates the night.

Hundreds have since been arrested, at least seven reported dead. The cost to the economy and small business is yet to be tallied. Many times, members of the SAPS have been unable to act at all.

On Saturday, barely 48 hours after Zuma was whisked out of his home at Nkandla at the 11th hour to begin serving his 15-month prison sentence, the violence began with the burning of trucks in Mooi River. Duduzile Zuma-Sambudla, the woman who wed in an off-the shoulder gown encrusted with Swarovski crystals with her feet shod in Christian Louboutin, had become an armchair revolutionary a few weeks earlier.

On Sunday 4 July in the lead-up to the spark that lit the tinderbox, daddy’s girl roused the masses as a crowd, bussed in from Durban and the Eastern Cape, turned out in droves to support her fugitive father at Nkandla.

An account in her name tweeted: “Cdes, YOU Did This! Siyabonga! Let Us Now Organize Ourselves And Unite To Take Back Our Land And Take Back Our Country From The WMC And Their Proxy’s In Leadership Positions…Mayibuye iAfrika! Amandla”

The night the fires started at Mooi River the Twitter account @DuduZuma-Sambudla, which has been used to retweet Jacob Zuma Foundation statements and various other messages of support, tweeted “Mooi River, We Still See You. Amandla!”

A video of a pump-action shotgun being emptied into a poster of President Cyril Ramaphosa was also retweeted by Zuma-Sambudla and later deleted.

On an alternative Twitter account, @DZumaSambudla, which has been tracking the life and times of Nkandla’s first family since 2019, it was suddenly announced that the @DuduZuma-Sambudla account was “fake”.

Nonetheless, both accounts continued to tweet and retweet inflammatory material. Zuma-Sambudla has done nothing to stop the alleged fake account from preaching violence in her name.

In a briefing session on Monday, more than a week after the former president’s daughter began firing off her support of mayhem, ANC Deputy Secretary-General Jessie Duarte said the party would be holding Zuma-Sambudla “accountable” for her tweets.

Duarte said that even if Zuma-Sambudla claimed that she had been merely sharing or retweeting “events”, statements such as “let it burn” were clearly inciting.

Zuma-Sambudla appears to have more political clout among those who huddle under the RET umbrella than her twin brother, Duduzane, who is memed over on social media for his circa-2016 mohawk hairstyle and his English twang even while trying to rouse the crowd at Nkandla.

Zuma-Sambudla’s wedding back in 2011 is a flashback to the good years for the Zuma family when cash and friends were plenty and everyone began to ride some of the growing ripples of the tsunami that rolled into State Capture.

Zuma-Sambudla’s wedding convoy was organised by “Sushi King” Kenny Kunene, who arrived in a black Lamborghini after rustling up friends in Range Rovers, Bentley convertibles and Maseratis. The bride’s cousin Khulubuse Zuma made a grand appearance in a 5.7-litre Dodge Ram SUV.

That same year Duduzile Zuma-Sambudla’s (now “estranged”) husband was linked to a suggested R1-billion tender by the Department of Public Service and Administration to the Billion Group for new government offices.

The DA had compiled a list of deals involving Zuma family members, which included Lonwabo Sambudla as well as Zuma’s nephew Mandla Gcaba, who bagged a R300-million contract to run Durban’s bus fleet without tender.

Then there was nephew Khulubuse Zuma involved in the R600-million Aurora Empowerment Systems/Pamodzi gold mine collapse, Duduzane Zuma and his link to Imperial Crown Trading, awarded prospecting rights to a residual share of the Sishen iron ore mine in late 2009.

Just the other day, Duduzane Zuma himself launched his political campaign, with the Sunday Times reporting that, groceries in hand,  Duduzane Zuma hoped to convince Ward 11 branch members to vote for him.

This, the paper said, would be his “springboard” to eventually challenging for the presidency.

While Duduzile Zuma-Sambudla has been compared with Trump’s adoring daughter Ivanka, our first daughter has actively encouraged mayhem and violence.

She launched her new career as a fan of “the people”, championing insurrection and lawlessness and cheering it all on at arm’s length, proudly wrapped in the ANC colours. DM