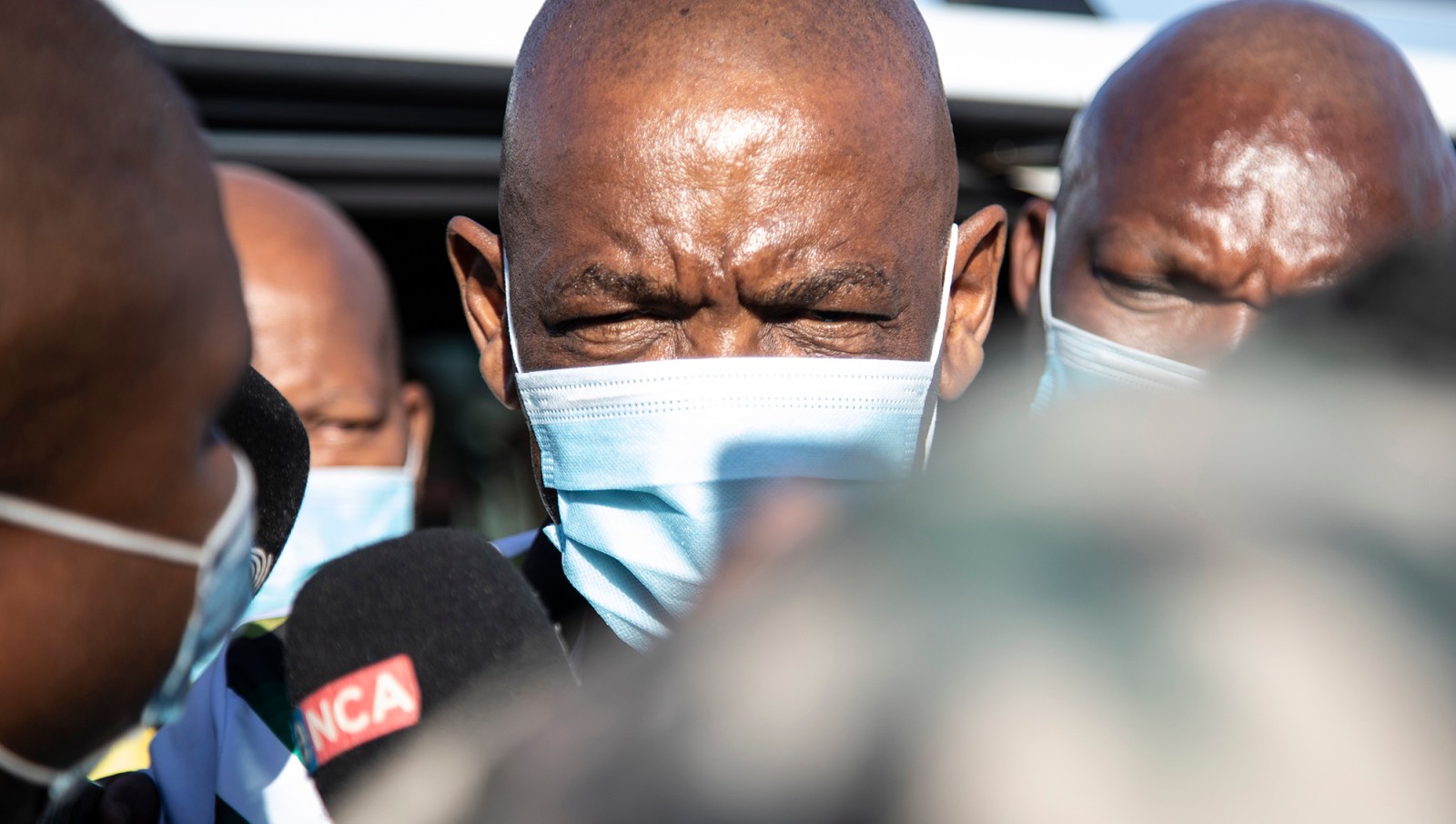 In Ace Magashule’s world knowledge is power, but if you can keep it secret for as long as possible, you could end up ruling the world – or at least the ANC, as he still hopes to do. (The rumours of a few months ago that he was hoping to run for party president have since subsided somewhat.)

“I’m a member of the ANC, I’m disciplined, I keep a lot of secrets, that’s what revolutionaries do, not people who joined yesterday,” he told Newzroom Afrika’s Thami Ngubeni on Friday, not long after a full bench of the South Gauteng High Court in Johannesburg dismissed each of Magashule’s arguments against his temporary suspension from the ANC.

While he was giving this interview, his erstwhile colleagues in the ANC sat in the first day of a national executive committee meeting, scheduled for this weekend, in which they might very well resolve to press ahead with charges that would have Magashule expelled from the party completely – without pay, and without an option to return to the party immediately once his corruption case was done.

An ANC member recently said charges were already being drafted relating to Magashule’s defying his suspension and addressing ANC members from an ANC platform. He did so for the third time in Nkandla on Sunday. Magashule’s ally, Carl Niehaus, already had his charges served on him on Wednesday in relation to Nkandla events.

Ngubeni, in an interview lasting almost an hour, asked Magashule about a meeting between some party leaders and the Gupta brothers a few years back, but in his answer he also made a sideways reference to what he feels is unfair treatment meted out by President Cyril Ramaphosa to him and his political godfather, the jailed former president Jacob Zuma.

The threat to spill secrets is also something which Zuma has used in a bid to stay in power and out of prison, but he has so far not managed to dish up anything dirty enough to prevent him from becoming an inmate at the Estcourt Correctional Services in the early hours of Thursday morning.

“I can’t blame people who joined [the ANC] yesterday because maybe they were not yet born, they were not there, they were not yet conscious at the time,” Magashule said. Magashule in his interview emphasised the importance of the “ordinary masses of the people”, who, he said, freed the country. “I don’t respect people who capture and give themselves the right to be leaders and the only leaders of the movement. The movement of the African National Congress belongs to the people of the ANC.”

The subtext in this is that people like himself were elected by the ANC’s national congress in 2017 but are now being unseated by the likes of Ramaphosa, who is using a resolution of that conference that has been “adapted” by the party’s national executive committee to target those charged with corruption to force them to step down. Magashule has maintained that only the “branches” can remove him, something that could either happen at the party’s national general council, which did not take place last year as scheduled, and the party’s national conference, scheduled for December next year.

Magashule’s assertion is also that Ramaphosa has used his CR17 campaign money to “buy” votes, in violation of the ANC’s rules, and was now using the courts to hound out people before he can be hounded out himself. It’s those names that Magashule says he will spill when he goes back next month to court for his corruption case related to a multi-million rand asbestos eradication tender.

“I want to wait for a court of law and the other so-called criminal charge – because what I’m saying is that these are political charges – will give me the opportunity to talk about people, you see, because I will be in a court of law,” he said, adding that people should not call him corrupt until this case was done. He said he would reveal the names of people in each province who received money from Ramaphosa.

He also hinted that he could spill some beans during his appeal to the case on his suspension (he is yet to make an application in this regard), and that the suspension was done so that he would be excluded from meetings so that decisions could be taken in his absence. He gave no details, but at a special national executive committee meeting on Monday, leaders very much decided that Zuma’s supporters should sit down and Zuma should go to prison.

Magashule said Dali Mpofu, SC, who represented him in his court case, was amongst the “best legal brains”. Pointing back at his chest with both hands, Magashule said: “That’s why you can see I’m not affected by this judgment. Aluta continua, the struggle continues.” He later described himself as a “tennis ball” which bounces back.

Mpofu also represents Zuma in his bid to stay out of prison, but the first bid, an application to the Pietermaritzburg High Court to stay Zuma’s arrest, failed in a judgment lasting only a few minutes on Friday morning. Mpofu will try again on Monday in the Constitutional Court to have the order that sent Zuma to jail for 15 months rescinded.

Magashule implied that justice was selectively applied by courts, and when Ngubeni asked him for details, he implied it’s a soapie full of suffering. “So are the days of our lives,” he sighed, “time will tell. It’s politics. It’s law, it’s days of our lives.” DM