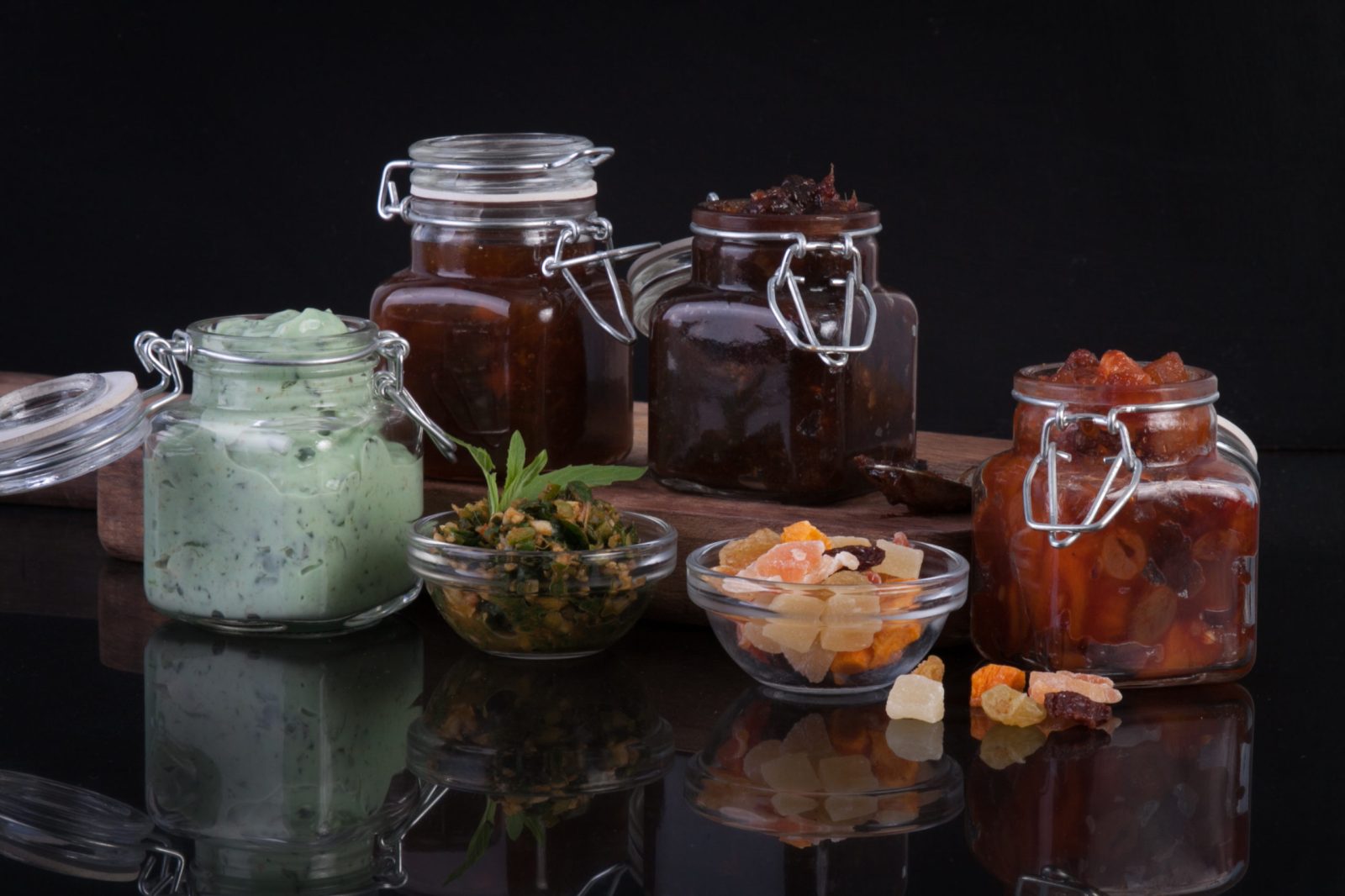 We all love good old Mrs Ball’s, but you can make your own chutneys too.

Today, Tony Jackman appeals to you to help the Peninsula School Feeding Association, who have had to cancel their annual Blisters For Bread fundraiser. You can feed a child for a month or a year, or feed a class for a year. A R60 donation equals the fundraiser’s entry fee. Donate here.

There’s more to chutney than Mrs H.S. Ball’s. Which is not to say we do not honour that. Oh, we do. We honour Her Ladyship’s fruity, spicy sambal like the Irish honour Guinness and the French honour the Tatin sisters’ original recipe.

Even though chutneys are Indian in origin, Mrs B’s is now famous all over the world and known to all as a South African chutney. It sings of the dried fruits of the Cape and of our historic spice culture. Some ardent cooks have tried to recreate the recipe for the original Mrs Ball’s. But why? There it is, in every shop in the country (even the greater world), and cheaper than it would cost you to manufacture it from scratch. And no matter how close you came, it would never be quite the same. And anyway, when you’re buying a bottle of Mrs Ball’s, you’re buying tradition, you’re buying a little piece of our mutual heritage.

The Mrs B website tells us that it once survived a shipwreck. “In 1852,” the site proclaims breathlessly, “the SS Quanza was shipwrecked off East London, South Africa, en route from Canada to Australia. It was Captain Adkins and his wife who saved a blueprint for what was to become one of SA’s most unique and priceless culinary icons. This secret recipe was passed on to their daughter, Amelia, in 1865, who later married Mr Herbert Sandleton Ball.”

Hmmm. On reading that, alarm bells went off all over my house and halfway down the street. Surely too good to be true. To the rescue comes the website for the Amathole Museum in King William’s Town which carries a piece first published in the museum’s newsletter, Imvubu, which seeks to correct “fabrications” in social media – important, it says, because the condiment has “a distinctive King William’s Town flavour”.

Once you remove the shipwreck, the story becomes somewhat less riveting. The website explains that her name was actually Amelia Alice Elizabeth Adkins and that her mother Sarah made and sold her own chutney. Ultimately the chutney making tradition fell to Amelia, whose version of it “became popular at church bazaars at the time of the First World War”. And off the story went, with the now famous octagonal bottle design and the family crest having appeared in 1936, and remained ever since.

I have no interest in replicating Mrs B’s finest; why mess with perfection? Yet you’ll find all manner of recipes for it on the internet, and honestly, I don’t buy it. I’ll buy the real deal instead.

But again, there’s more to the chutney story than Mrs B’s, and you can and should be making your own chutneys at home to bring out for your curry parties (while keeping a bottle of Mrs B’s to hand for those times when you couldn’t be bothered). I’ve been making chutneys for more than three decades. It’s a deeply satisfying thing to make, and you get the pleasure of having made it for weeks or even months afterwards.

Mostly I’ve made a sweet tamatar (tomato) chutney, occasionally variations on a peanut chutney, sometimes a jewelled chutney in one incarnation or another.

Chutneys can be based on dried peaches, raisins and other mixed fruit, yes, but also on yoghurt, on tomato, on a particular fruit such as mango, on coconut or on peanuts ground to a mushy paste with lemon juice and spices.

Until this week I had never made a tamarind-based chutney. Now I’m wondering: why did it take me s0 long? It’s so quick and easy. Unlike the traditional fruit style of a Mrs B type chutney, the only fruit in most tamarind chutneys is dates. For the rest, it’s all about spices, though I did include garlic and ginger in my recipe, so it differs from most such chutneys in that.

At a very different end of the spectrum is the green chutney. These are fresh, and nothing is cooked. The hero of it is the fresh coriander leaves and/ or mint, blitzed with plenty of chilli, ginger, garlic and spices. When you have your finished product, a really zingy affair which is well suited to a seafood curry, you can spoon off some of it into another bowl and stir plain yoghurt into it, or even mayonnaise. Coconut chutneys such as those from the Kerala region of India can be adapted with green or red chillies, with coriander, mint, curry leaves or tamarind, so you can switch it up one way or another to match the kind of curry you’re serving.

Of anything I’ve ever cooked, my admitting to making my own chutneys is the one thing that always raises an eyebrow, usually with a quizzical look as if to say, really? Try making some of these, and you can have people look at you that way too. DM/TGIfood