Ougat: From a hoe into a housewife and then some 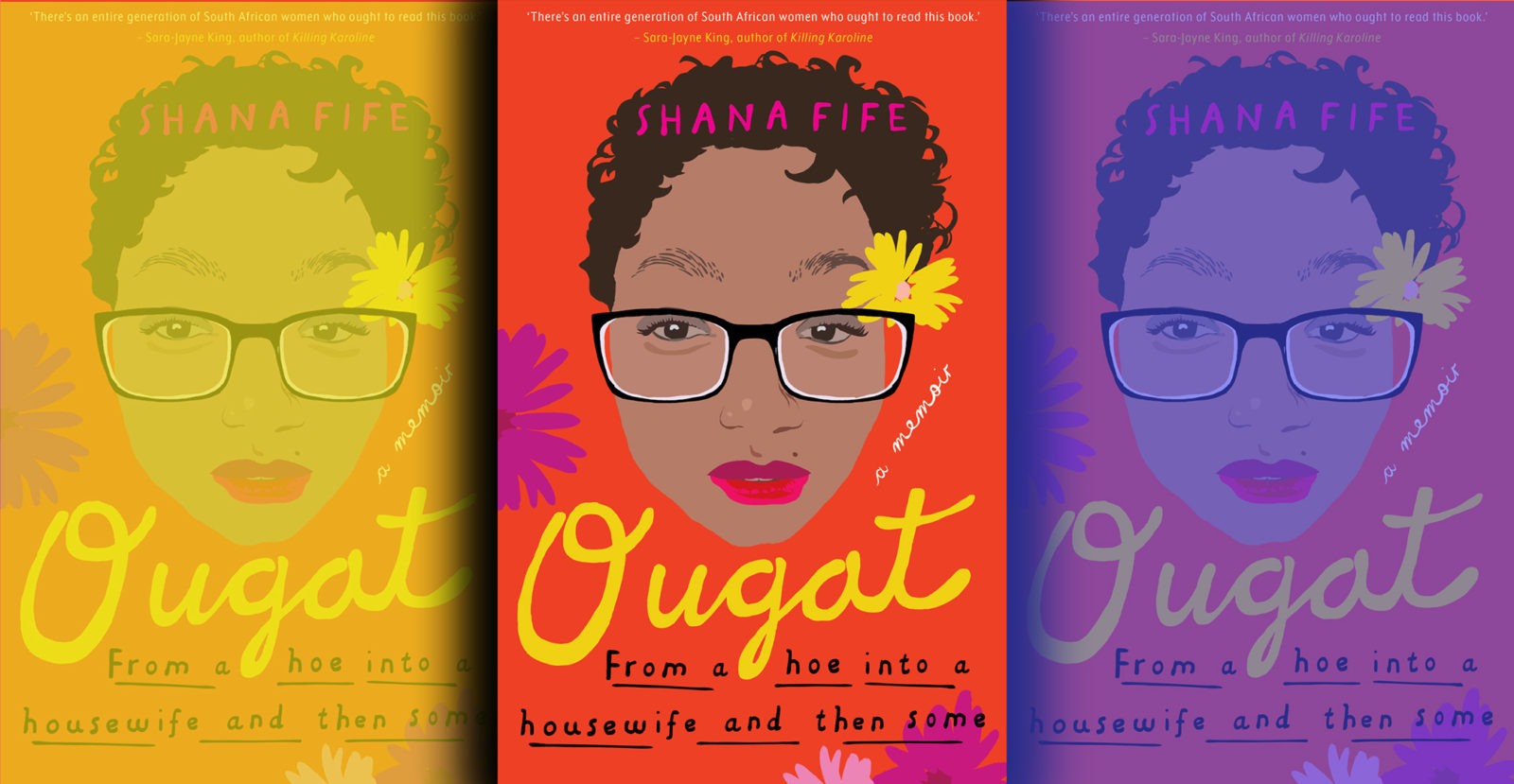 Extract from Ougat by Shana Fife

By the time Shana Fife is 25 she has two kids from different fathers. To the coloured people she grew up around, she is a ‘jintoe’, a jezebel, ‘jas’, a woman with mileage between the sheets. She is alone, she has no job and, as she is constantly reminded by her community, she is pretty much worthless and unlovable. ‘Ougat’ is Shana Fife’s story of survival: Of surviving the social conditioning of her Cape Flats upbringing, of surviving sexual violence and depression, and of ultimately escaping a cycle of abuse. ‘Ougat’ is published by Jonathan Ball.

My head hung heavy in October 2010. I was three months shy of my 21st birthday and I had committed the one unforgivable act for a Coloured girl from the Cape Flats.

I sat on the toilet, staring at the pregnancy test, mostly confused by how I had fallen so far down the social ladder so quickly. The sex I had been having wasn’t even worth the trouble I was in. But the two lines that were almost glowing in one of the darkest moments of my life were there and they weren’t fading. I kept staring at them, though I don’t know what I was hoping would happen. I was just too scared to look away. I do remember that it was a Sunday and that I was getting ready to go to church. If this were a text I would type LOL. My entire life could be summed up by just fucking typing LOL. At this point, I had graduated college with poor results. I started working at a call centre instead of pursuing any of my actual life goals and I was dating a boy I didn’t even like because his bossy, obnoxious sister was my only work friend. And for good measure, to really give my mother that heart attack, he was Muslim. I was a Catholic, Coloured 20-year-old, who was pregnant by a 19-year-old, Muslim call centre worker I didn’t like. I was for all intents and purposes, binne in my poes.

I had sat there for so long that I didn’t need to wipe my vagina. I had drip-dried and the air had taken care of the residue. I undressed, folding the test into my dirty clothes.

I stood there in the shower stream, feeling nothing but the hot water on my face making its way through the grooves of my lips, my nose. I thought of how it hit the top of my head, then meandered around it in a circle, like a waterslide at a theme park. I remember wanting the water to wash away how dirty I felt and how at one point I stood there, completely submerged, just laughing at myself.

I showered for longer than I needed to because I knew once I exited the shower, the rest of my life would begin.

My cellphone lay on my bed as I got dressed. I kept walking towards it to call Hashiem. Each time I got to the phone, something else needed to be done. My legs needed more lotion, or I needed to brush my teeth, or find my deodorant. When I did make the call, the conversation was underwhelming.

“Hey,” he answered. I guess I had hoped for a cheerier hello. I would have liked to think that allowing him to ejaculate inside of me entitled me to at least a two-syllable greeting. “Hey,” I said, already defeated by the day. “I’m pregnant.”

“Okay, I need to go to church. I’ll come around later.”

And that was it. That would forever be the first time I told someone I was carrying their baby.

“Suffer little children to come unto me, for …”

Are you fucking kidding me? The church echoed with the voices of the roughly 300 congregants who were apparently there for First Holy Communion. I hadn’t known that the 10am mass would be a goddamn charade and I had really just wanted to have a normal service in which I had an hour and a half of going through the motions while thinking about something else. You know, the way church is supposed to go. Alas, I stood behind the back pew and watched as 20 kids processed down the aisle, holding candles. I couldn’t even leave, because the fuckers who ran things at the church had seen me come in.

“Suffer little children to come unto me, for theirs is the kingdom of the lord.”

I have very little memory of the events that followed. I know that I called my cousin, who called my sister, who told my brother-in-law. From there, none of it was in my control anymore. That night I did go and see Hashiem, but it was just a brief meeting and we didn’t even discuss the pregnancy. By the time a week was over, my entire family knew that I was pregnant. By six weeks I had been outed to everyone and before I could even come to terms with it, my dad put me on medical aid, my sister started gathering all of her old baby stuff from her sons and my mother hadn’t spoken to me in a week. I didn’t know what the fuck was happening. My sister took me to her doctor a few days later, to confirm that I was, in fact, pregnant.

“Are you keeping the baby?” I was caught off guard by this question. I hadn’t even considered that there was an option. “If not, we can deal with it here in the office,” the doctor continued. I felt their eyes on me, waiting for my decision. It actually felt strange that she was asking me and not addressing the question to my sister.

“Yes,” the Catholic inside of me answered. I was a little embarrassed to say that I would have liked to not keep the baby, but I didn’t want to be forever associated with killing it. I think back to that moment quite a bit. I answered yes mostly because my sister was in the room. Had I been alone in the room with the doctor, I would have probably explored my other options. But I cared about whether or not my sister thought I was responsible, or good.

“The sac is empty,” the doctor said at my first visit to the OBGYN department at around eight weeks. This time, my mom stood next to the bed, looking on the screen. It was a bittersweet moment, which I feel guilty about now. I lay there, hoping that there would be nothing to see and that the entire pregnancy nonsense had been a scare. Everyone now knew that I wasn’t a virgin, but at least without a baby, I wouldn’t have to keep paying for it.

Fuck. The nightmare was really happening.

I didn’t realise the doctor was speaking to me. The word didn’t resonate with me and I didn’t know it then but it wouldn’t resonate for the next few years. It seemed almost like a taunt. The doctor was so kind to me. I remember this gentle white woman touching my hand, smiling at me as we located Sidney-Jonah in my belly. My mother sat stoic in the corner. The idea that this doctor thought I was capable of taking care of another human being was incomprehensible, but she made me feel a sort of comfort. It was fleeting, but ten years later I can call that feeling up and feel it again when I need to be comforted. To be fair, I had never been told that I was capable of anything extraordinary. That sounds sadder than it is. It didn’t hurt. It just was.

“I just want to fetch your printout, I’ll be back shortly.” The lady left the room and the tears ran down into my ears.

I lay there in my mother’s silence. DM

Shana Fife is a work-from-home mother of three who runs a very successful blog. She has a BA in Live Performance, Music and Film from AFDA Film School and a Certificate in Journalism from City Varsity. She does content production for various businesses. She is a 2019 fellow of the Jakes Gerwel Foundation and NB Publishers’ mentorship programme. Ougat, published by Jonathan Ball, is her first book.