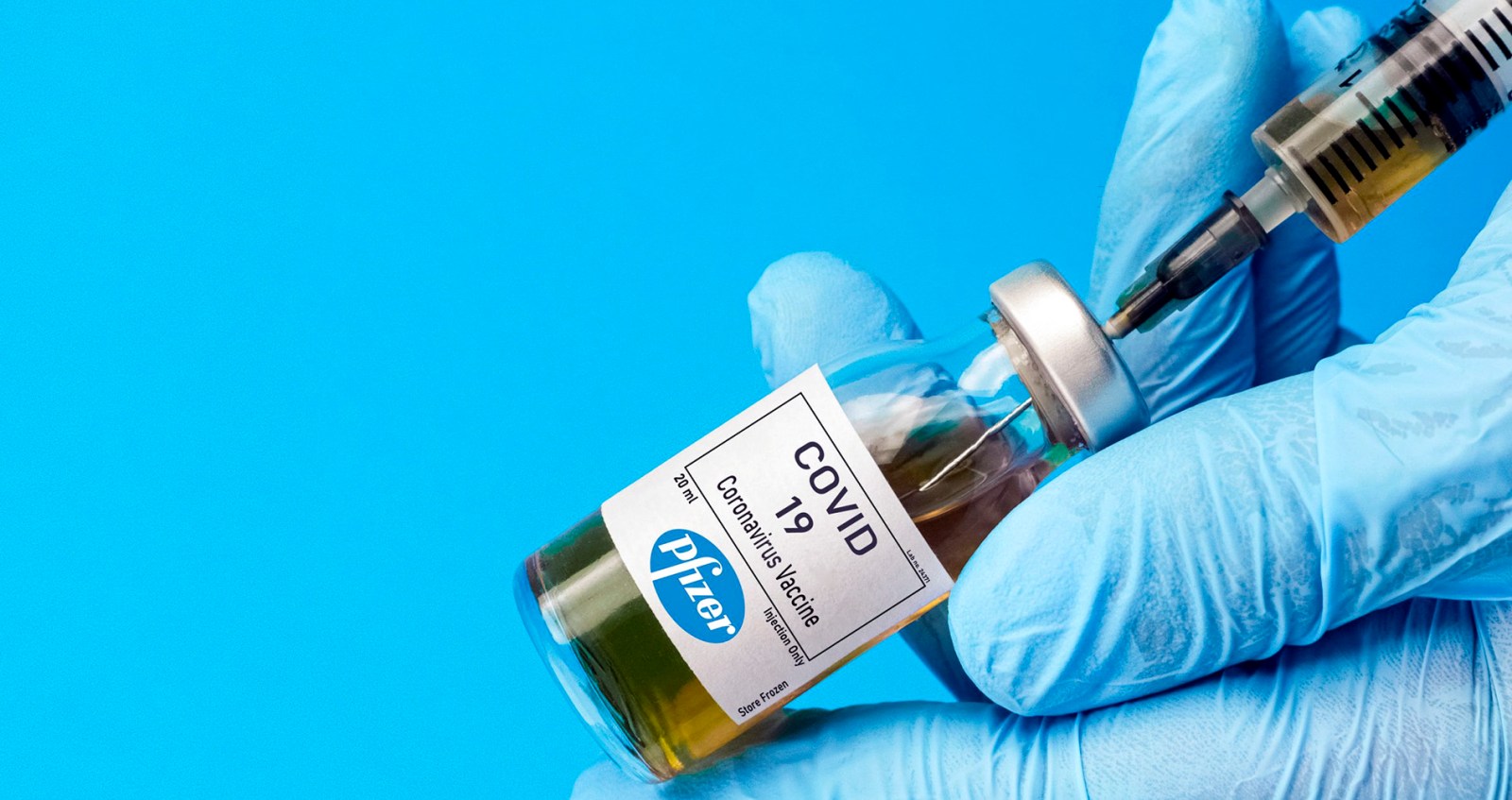 In South Africa, people who received their first shot of the Pfizer Covid-19 vaccine must wait six weeks before returning for the second jab. Studies show that the Pfizer vaccine has a higher efficacy against the Delta variant after receipt of its second dose. (Photo: pharmaceutical-technology.com / Wikipedia)

The lightning-fast Delta coronavirus variant spread from India to 96 countries in just seven months, taking a week to drive and dominate the third infection wave in most South African provinces.

While it is 30-60% more infectious than the Beta variant (which drove SA’s second wave), the good news is that there is so far no evidence that it is resistant to the two existing vaccines being rolled out (the two-shot Pfizer and single-dose Johnson & Johnson).

Professor Tulio de Oliveira, Director of the KwaZulu-Natal Research and Innovation Sequencing Platform (Krisp), says, “there’s no evidence of broad vaccine escape. We have good evidence from the UK, (where it has matured and waned), that their vaccines gave high levels of protection against severe disease.”

He was co-presenting a talk with Krisp colleague and infectious diseases expert, Dr Richard Lessells, entitled, “Navigating the Third Wave,” to 1,200 healthcare workers on Thursday evening in a Discovery Health-sponsored webinar.

Professor de Oliveira warned that unless South Africans started avoiding crowded, non-ventilated spaces and stepped up their handwashing, social distancing and mask-wearing in greater numbers, the reproductive number of the Delta variant would rise, accelerating existing exponential growth. He revealed that as of Thursday evening, Gauteng had a 72% prevalence of the Delta variant and the Western Cape 60%.

He said a network of eight laboratories around the country was now partnering with private labs and universities to do faster genomic surveillance from samples being hurriedly collected.

“If we don’t bring the reproductive number down to below one it will increase even faster,” he said.

SA’s reproductive number is now at 1.3 which he describes as “alarming”. He says it’s been above 1 for 4-6 weeks, having started at below 1.

De Oliviera said that in his academic home of KwaZulu-Natal, the virus is suspected to have arrived in shipping cargo, growing from 100 infections per week to well over 1,000 per week within a fortnight.

Prevalence in Limpopo and the Eastern Cape also lay between the Gauteng and Western Cape percentages.

Retrospective research at Krisp had shown that from May this year the Delta variant began increasing in prevalence, completely displacing the Beta variant by mid-June and now dominating all infections. He described the Delta surge as, “massive and explosive”.

However, the evidence gleaned so far showed that, while far more infectious, it was not causing disease any more severe than either the Alpha strain or the Beta variant. He quickly qualified this, saying that the existing overwhelm of healthcare facilities through sheer infection growth could lead to more deaths. He said June data from the UK showed a slight risk for increased hospitalisations via the Delta variant when strictly compared to its Alpha counterpart.

Said De Oliviera, “In terms of more severe and hospitalised cases, there’s no clear evidence to suggest a markedly different clinical profile for various age groups or a different profile of complications of severe disease, but we’ll follow this closely. We need to hear more from the frontline experience.”

Lessells did add that early data from Britain and Scotland showed that younger uninfected populations might be more vulnerable to the Delta variant.

A paradoxical benefit of the fast global spread was that “we can build knowledge not just from SA, but from across the entire world,” he added.

The duo said there was “no suggestion,” that the new variant would affect the performance of PCR or rapid antigen tests.

They raised a red flag on nosocomial infections in hospitals, requiring healthcare workers who had either been infected and recovered, or had received the Sisonke Johnson & Johnson jab, to take extra care and not simply assume they were immune.

Preliminary laboratory work had so far revealed “significant reduction,” of neutralisation by the Delta variant of convalescent serum from people previously infected with the Beta variant.

While this category of healthcare workers might not get much more than a mild cold, they could become dangerous carriers of the Delta variant to more vulnerable patients, especially those in non-Covid wards.

De Oliviera added, “the public health message is that everybody should consider themselves susceptible to reinfection. We’d encourage vaccination in everybody, even if they’ve had a prior infection.”

Lessells said that while it was hard to quantify how much reinfection was happening, “if reinfections are happening, they may be very mild or asymptomatic disease.”

A big advantage of the Johnson & Johnson vaccine was that it was recently discovered to be at its most effective at 200 days out and would probably not require a mRNA-based vaccine boost.

“The data from Sisonke researchers is due out within days, but at present, in the lab, it’s still looking good — it seems the J&J vaccine protection increases over time,” he said.

Lessels said the level of vaccine coverage would play a large role in how the Delta variant impacted.

Just 5.74% of South Africans had been vaccinated by 1 July.

De Oliviera said that while the protection against all clinical disease was good for both the J&J and Pfizer vaccines (the latter more so after the second dose) when the Delta variant was compared to the Alpha virus protection seemed to be a bit lower after just one Pfizer shot.

“This is why so many countries are pushing for a full dose schedule. The priority for us in SA is clearly reducing the severe end of the illness spectrum — in other words avoiding hospitalisation and death,” he added. DM/MC