Old King Coal not such a merry old soul after Eskom con... 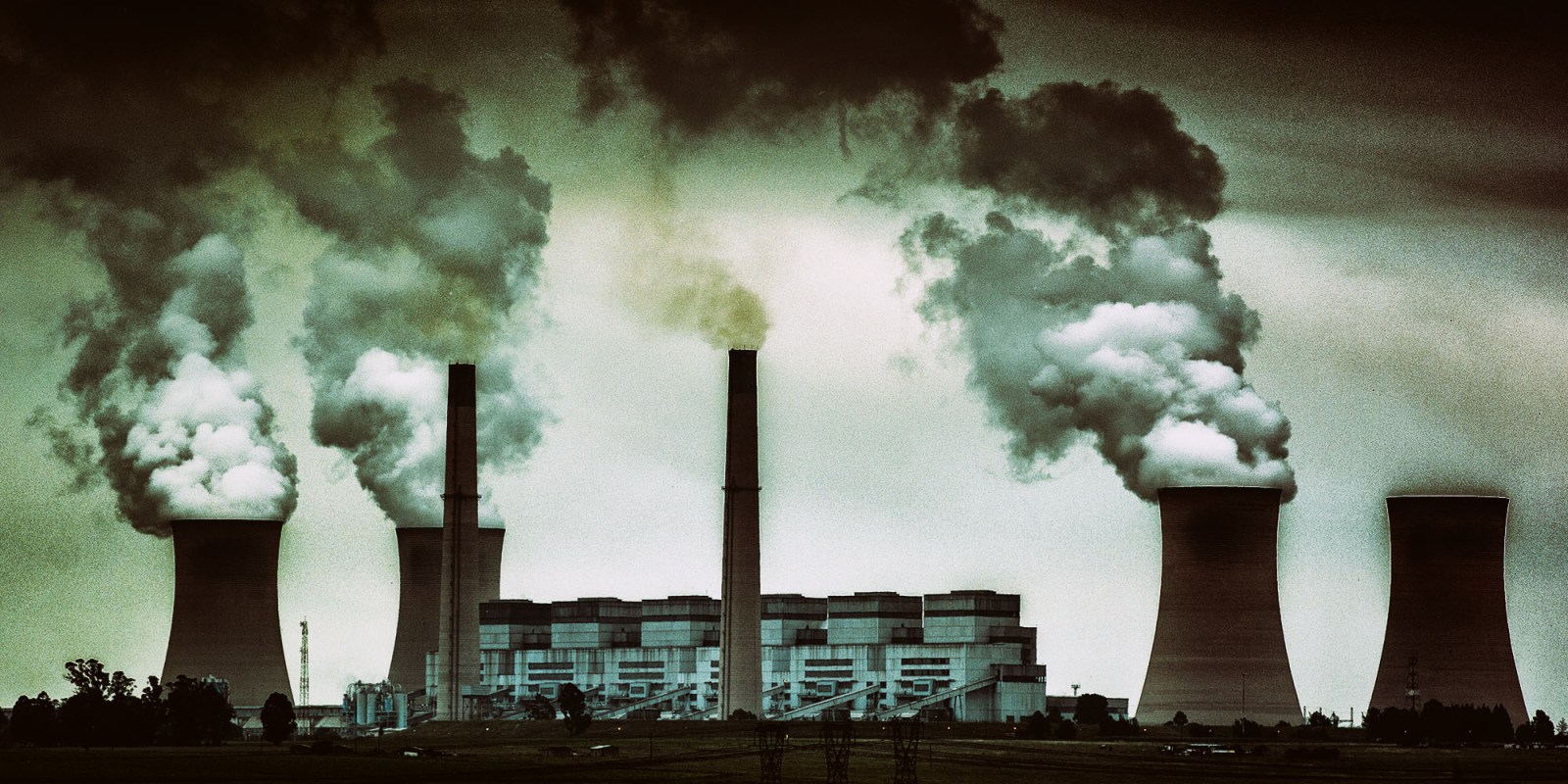 South Africa’s soot-stained national power utility has signalled its intention to move rapidly away from its mainstay reliance on coal as part of an ambitious decarbonisation strategy known as the Just Energy Transaction plan.

Eskom, the largest single source of climate-warming gas pollution in Africa, has confirmed that it is talking to multilateral banks and development finance agencies to fund a major switchover to “cleaner energy” options and the early closure of several coal-fired power plants.

South Africa’s industrial economy was built on coal, and the country’s dependency on this cheap fuel was entrenched in the 1970s with massive infrastructure investment in new coal mines, coal power plants, coal-to-liquid fuels plants and a massive rise in coal exports. However, that could be changing at last with the news that Eskom is developing a Just Energy Transaction (JET) plan to move the country away from its unenviable status as one of the most carbon-intensive nations in the world.

The power utility was responding on Thursday to news reports that it is pitching a $10-billion plan to global lenders such as the World Bank and African Development Bank that would see Eskom shutting down the vast majority of its coal-fired plants by 2050 and embracing renewable energy.

Mandy Rambharos, general manager at Eskom’s Just Energy Transition office, said in an interview with Reuters: “It’s a lot of money, so what we are putting on the table is to say to funders: South Africa can offer you the biggest point source of carbon emissions reduction in the world.”

Rambharos also indicated plans to line up some of the funding before the COP26 climate conference in Glasgow in November and said Eskom was already looking at “repowering” its Komati coal plant using solar and battery storage and could present this project at COP26 to show that it was serious about curbing emissions.

In response to queries from Our Burning Planet, Eskom confirmed that the utility is “currently conducting discussions with various lenders and foreign governments to confirm their interest and appetite for different cleaner energy projects” and that the funding could come from various sources, including development finance institutions and multilateral banks.

South Africa is the 12th largest global greenhouse emitter, with the 38th-largest per capita emissions (higher than China’s and India’s, and well above the global average), says Robyn Hugo, climate change engagement director of the shareholder activism organisation Just Share.

“At more than double the global average, ours is the most carbon-intensive G20 economy, with the highest coal reliance,” she said, noting that Eskom and Sasol were the two biggest greenhouse gas emitters in Africa and that Sasol’s emission plans were “hopelessly inadequate”.

“As the climate agenda ramps up, our highly carbon-intensive economy presents significant risk to SA’s competitiveness, trade and export,” and this would be made worse by a failure to reduce the country’s sky-high emissions on an international scale.

“It is glaringly obvious that Eskom needs to decarbonise, and to do so in a way that ensures that its workers and coal communities are not left worse off, and that energy security is not impacted.

“What is also clear is that any plan that allows Eskom’s extremely harmful air pollution to continue – at its current deadly levels – in the interim, will be strongly opposed by environmental justice organisations and coal-affected communities.”

The United Nations scientific advisory group, the Intergovernmental Panel on Climate Change, has emphasised that humanity has a rapidly dwindling window for action to limit global temperature rise and avoid the worst effects of climate change. This would require a drastic 45% reduction of global emissions by 2030 from 2010 levels, and net zero global CO2 emissions by 2050.

But though the plan to shift rapidly towards lower emissions has been broadly welcomed by several civil society groups, significant concerns remain around the ramifications for reliable power supply amid continued Eskom blackouts; securing employment or alternative employment for thousands of coal workers, and the broader financial and social costs inherent in borrowing money from multilateral lending agencies with strings attached.

Along with an emphasis on clean power alternatives such as solar and wind, however, Eskom’s JET transition plan also appears to include plans for an “interim” switch towards new gas-powered power generation.

Matthew Parks, parliamentary coordinator for the national labour federation Cosatu, insisted that Eskom’s decarb plan could not entail “any retrenchments” in the utility’s workforce of around 44,000.

Eskom should also become a “direct” supplier of renewable energy.

“Renewable energy must not become a monopoly for the private sector alone,” Parks said, stressing the need for renewable energy components and infrastructure (including wind turbines and solar panels) to be manufactured in South Africa.

“If South Africa was able to build nuclear bombs, there is no reason why we can’t also manufacture wind turbines and advanced solar power technology. With nearly 40% of our people unemployed, why should we leave major job-creation opportunities in this sector to countries like China or India? There is nothing that we can’t make.”

As the mining sector moved increasingly towards the automation of deeper mines, there were also major opportunities to reskill and re-employ former mine workers in a locally-based renewable energy industry, which should also include worker and community-owned energy manufacturing projects.

Parks advocated strongly for green energy manufacturing projects to be sited in regions, such as Mpumalanga, which are heavily dependent on coal-based jobs.

“We must not wait for lending banks to set conditions. We must set our own conditions. Many green energy funding initiatives may appear attractive – but are not necessarily favourable to the interests of workers, so we have to be cautious.”

Eskom said: “A crucial element of our strategy is the ‘just’ element. We have conducted socioeconomic impact studies related to coal-plant shutdown and will continue to do this per plant.

“Staff will remain employed at Eskom projects. The repowering and repurposing of our plants will go a long way to ensuring this. Stimulating job creation through industrialisation and local manufacture linked to our decarbonisation plan is a priority.”

Glen Tyler-Davies, of the climate justice activist group 350Africa.org, which has developed a policy position on President Cyril Ramaphosa’s “just transition transaction”, said: “We are excited about how this deal could speed up the ambitious change required to shift our electricity system to energy from clean, renewable sources.”

But 350Africa.org was concerned that there was not enough transparency around what this deal would fund and how it would be funded.

“There have been various sources of funding mentioned in connection to this deal. We would like to see companies and governments responsible for climate change paying off their climate debt through funding these sorts of decarbonisation steps.

“This has the potential to be one of the largest climate deals globally, and as such should not come with onerous conditionalities attached, but tap into the climate finance that has been promised from the rich world.

“This proposal has been spoken about for a number of years now, and we therefore would expect an announcement around it soon – hopefully before COP26. If it is to have the intended impact on addressing climate change, it needs to happen soon.”

According to a joint report published this week by the African Development Bank, eight multilateral development banks (MDBs) have committed $66-billion for climate finance in 2020.

“Accelerating the transition to low-carbon and climate-resilient economies through climate finance is a key element of the MDBs’ effort to align their activities with the objectives of the 2015 Paris Agreement to keep global warming well below 2°C, with efforts to limit it to 1.5°C, along climate-resilient development pathways.” DM/OBP