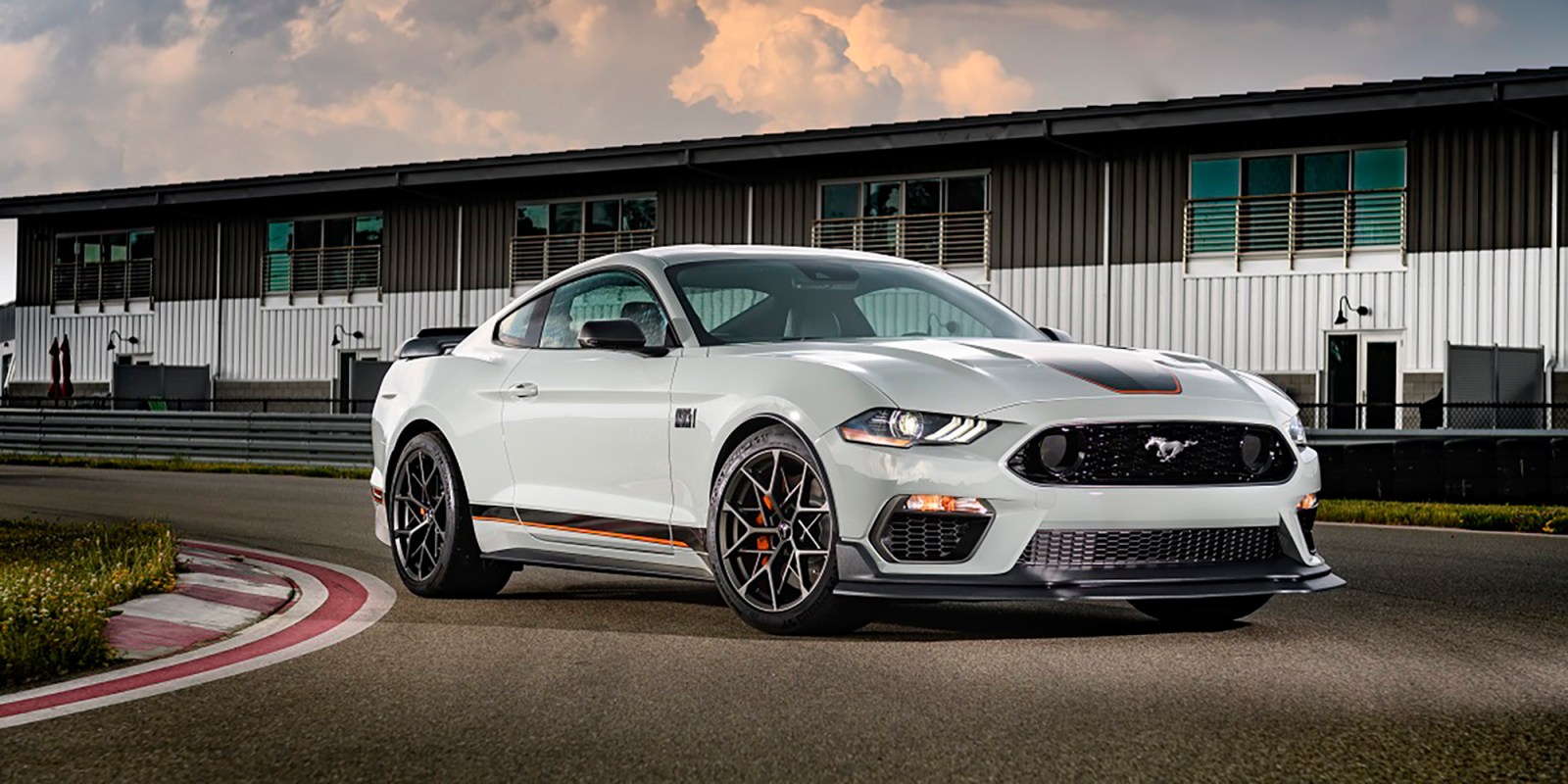 Ford’s Mustang has captured the public’s imagination since its release in 1964. Now, almost 60 years later, there’s a new powerful pony on the V8 trot.

Although I have vaguely considered purchasing a number of cars that I’ve test-driven over the past decade, I’ve rarely done the actual numbers and come as close to buying one as I did when the Limited Edition Ford Mustang Bullitt was launched back in 2019.

In that Mustang of Highland Green, paying homage to the 1968 movie Bullitt, starring Steve McQueen racing up and down the undulating streets of San Francisco in an epic 11-minute car chase, knowing that there were only 50 limited editions available in SA, I was gung ho to invest.

At the launch I sat with two colleagues — Minesh and Pritesh (yes, their names even rhymed) — and we started to do the maths. Minesh, who is now the head of communications at Ford, but who’d once been one of us motoring journos, was the one who was devilishly egging us on.

But there was one small problem. Cash.

At the time of its launch back in 2019, the Bullitt cost about R990k. I was hoping Mr Ford could organise some kind of discount and get it down to R900k, which would mean the three of us were in for R300k each.

We all reckoned that it being a limited edition, and with only 50 in the country, it could only increase in value. I’d recently come into a bit of a windfall. I had my R300k on tap. All I needed was for the two others to join me with their R300k.

As the evening accelerated, it looked like we were getting somewhere. We spent the night debating what we’d do with it once we’d bought it. We decided that none of us should drive this precious Bullitt, but rather leave it in a pristine condition — we even worked out that storage would probably cost us each about R155 a month.

At the end of the night when it came to signing over the actual cash, I was devastated when my two partners pulled out. What a bunch of bulletless ninnies.

But I hadn’t given up yet. At midnight I called my boyfriend, who was asleep.

“Darling, you know how you’ve often regretted not buying Bitcoin? Well, I have something much better… How would you like to invest in a Highland Green limited-edition Bullitt, 0-100km in just 4.4 seconds? I’d suggest the short-shift six-speed manual. All you need is R450k.”

Before I could remind him that it was the same colour that Steve McQueen had car-chased in that movie, he asked me if I had taken my medication. The line went dead.

I recently got another stab at driving a limited-edition Mustang — the all-new Mach 1. With the same fantastic DNA as the Bullitt’s specially calibrated 5.0-litre V8 engine, delivering 338kW of power and 529Nm of delicious torque, like its Highland Green counterpart, there’s a six-speed manual gearbox derived from the Shelby GT350, as well as a 10-speed automatic, which I got to drive from Somerset West to Hermanus on launch.

So where does the Mach 1 fit into the Mustang line-up? According to Ford Marketing Manager Doreen Mashinini: “Like the 1969 original, the Mustang Mach 1 bridges the gap between the standard Mustang GT and the high-performance Shelby models, delivering V8 power, unique functional aerodynamic enhancements, competition-capable suspension upgrades and a driver-focused cockpit.”

The first thing that caught my eye was the new bold grille that’s an ode to the 1969 original. Then there’s the racy rear spoiler that’s touted to generate 22% more downforce than the Mustang GT. The new 19-inch five-spoke aluminium wheels were hard to miss — also a tribute to classic Mach 1 Magnum’s 500-style wheels.

In South Africa, the new Mach 1 comes standard with the Performance Pack, which includes a MagneRide adaptive suspension, new performance electric power steering, an upgraded brake booster, a rear subframe with stiffer bushings and a rear toe-link, courtesy of the Shelby GT500.

It’s a machine that’s made for those who get their thrills on the track and so naturally the available drive modes include Track Mode as well as Track Apps with Launch Control.

Despite extremely wet conditions, I found the ride in my Mach 1 exhilarating. It’s got a roaring exhaust system courtesy of its Active Valve Performance Exhaust, so tapping the toe on the accelerator becomes pretty addictive. It’s not a sloucher either, with the 10-speed auto whizzing from 0-100km in just 4.4 seconds. (The manual derivative is a tad slower at 4.8 seconds.)

I found the Mach 1 to be sharper and more responsive than its GT sibling, thanks to all its Performance Pack enhancements. Braking is superb by way of six-piston Brembo brake callipers.

Along the drive as the sun came out I managed to get some pretty impressive speeds on the mountain passes and was impressed at how the pony calmed down on ordinary roads, making it not just a track monster, but a great everyday vehicle too.

When one looks at the impressive competition in the segment, which includes the Jaguar F-Type, the Audi TT, the Porsche Boxster and Cayman as well as the Toyota Supra and Lexus RC, it’s pretty incredible that out of such stiff and worthy competition, the Mustang takes a whopping 90% of the pie as the best-selling sports car in South Africa. Granted, this isn’t a huge segment, but what a feat.

To date, more than 3,500 Mustangs have been sold in South Africa since its launch in 2015. It’s had a massive uptake globally and has brandished the accolade of the bestselling sports car in the world for the past six years straight.

It may not have the best performance figures in the local segment — I am a huge fan of the latest Jag F-Type R with its 423kW and 700Nm of torque, breaking the 100km mark in a blistering 3.7 seconds, but then it costs almost double the price of the Mach 1. The latest RS Audi TT coupé is a beast to behold — it’s also a 3.7-second killer and very competitive in pricing.

But there is something emotional about a Mustang that just gets your blood racing and heart pumping. It might have to do with its rich legacy. On its first day of sales back in 1964, 22,000 units were sold, inspiring a buying frenzy, with back-orders piling up for weeks. It’s also been a hit in Hollywood, appearing in movies like Goldfinger (1964), Thunderball (1965), and Diamonds Are Forever (1971). But it was Steve McQueen’s Bullitt that really made the Mustang a legend, featuring arguably the most iconic car chase scene in movie history. Apparently McQueen tried several times to buy the original, but it was finally sold at auction in early 2020 for a whopping $3.74-million (about R56-million).

I love the fact that all 90 limited-edition Mach 1 local units are kitted out in only one colour, a very distinctive metallic Fighter Jet Grey, along with black bonnet and side stripes with orange accents. This way the Mach 1 will be hard to miss. The theme is carried through inside the cabin with orange accents on the seats and Mach 1 badging on the instrument panel, reminding the driver of its limited-edition status. If I had any gripe I would have liked the instrument panel to have used more heavy-duty aluminium on the switch levers.

After spending the day revving up the mighty Mach 1, I was about to try and track down my good old buddies, Minesh and Pritesh to work out some kind of investment partnership, until I found out that all 90 units that have been landed in SA have owners. Mus-dang! DM