Get me to the church on time: Norma Mngoma recounts how she discovered Malusi Gigaba’s ‘sex video’ had gone viral 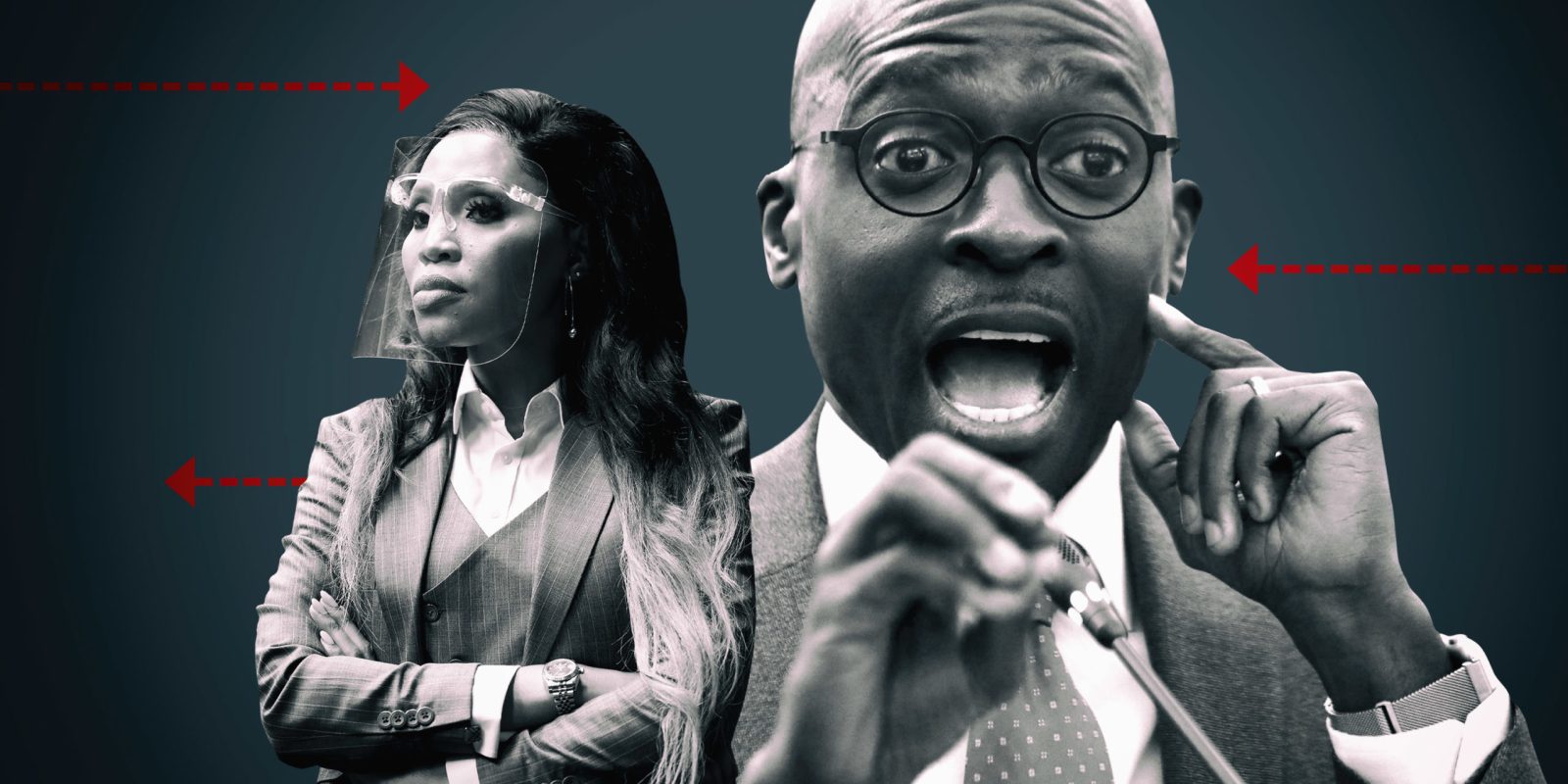 Norma Mngoma was coming back from church with her husband, Malusi Gigaba, when she learnt his ‘sex video’ had gone viral, the Zondo Commission has heard.

By then, she told the Zondo Commission, Malusi Gigaba, former peripatetic minister in Jacob Zuma’s Cabinet, had banned her from reading newspapers and watching TV.

This was in stark contrast to 2014, “when things were going good with the Guptas” and he would urge her to watch him on The New Age breakfast broadcasts.

Mngoma also set out how she had been threatened with death and had been followed when it became known that she would testify against her husband at the commission.

When her then legal representative, advocate Tembeka Ngukaitobi, had learnt that there had been an attempted assassination on “Witness One” on the same day in March that Mngoma was due to sign her affidavit, both agreed not to keep any copies of the affidavit.

“I would get up to 50 calls a day, sometimes just dropped calls. And I got a WhatsApp message that said I must not go to the State Capture inquiry because they had groomed Malusi for years to become president and will not allow me to stand in the way,” she told the commission.

With regard to the Sunday morning video shocker, Mngoma said she had been perplexed at why Gigaba had accompanied her that Sunday as he usually did not attend church with her.

She had received a message from a friend saying, “Sorry about the trouble”, and it was then she realised her husband’s video selfie had gone viral.

“When I went over to his Instagram I saw that he had already made a statement,” Mngoma told her legal representative, advocate Mpati Qofa.

Gigaba had later explained to her, she said, that the recording had been leaked by “someone in the top six [of the ANC]”, that he was being blackmailed and targetted politically.

“But I told him, ‘No one put a gun to your head. You made that video,’” said Mngoma.

She said that Gigaba had suggested that “Cyril Ramaphosa’s” people had removed him as minister of finance because he had believed that “one day he will be president”.

When Gigaba had tried to explain that he had made the video for Mngoma she had responded, “Then why did I not get it?”

That night the couple began to sleep in different rooms, she said. Mngoma added she had told her husband then she had wanted a divorce, contrary to Gigaba’s testimony.

“Malusi did not want to be held accountable.”

She said that as Gigaba’s career began to flounder and allegations of his serial philandering began to appear in the media, Gigaba, then minister of finance, had insisted she travel with him on his overseas trips, including New York.

This he did, she suggested, “because he wanted to keep me out of South Africa. So that I could not see what was being written.”

Asked about the suggestion that she had benefited handsomely from the proceeds of crime as the Gupta family had paid for the couple’s lavish wedding and other expenses, Mngoma said this was “not true”.

She said that she might appear as a “liar” to the commission because she had no evidence to back up her claims as it had been confiscated after her illegal arrest by the Hawks, an arrest orchestrated by her husband.

“Until today my info is not there. He [Gigaba] did that on purpose. He knows that if I go to the commission and talk, it will be hard for me to say when the dates were. If I had my information I would have the proof,” she said.

With regard to the suggestion that she had been dishonest on her CV, Mngoma said she had never said she had finished a business course at Henley College.

She said she had been asked to accompany Gigaba on a trip to Russia when she had fallen ill. On her return, she had missed a test and needed to rewrite it. DM