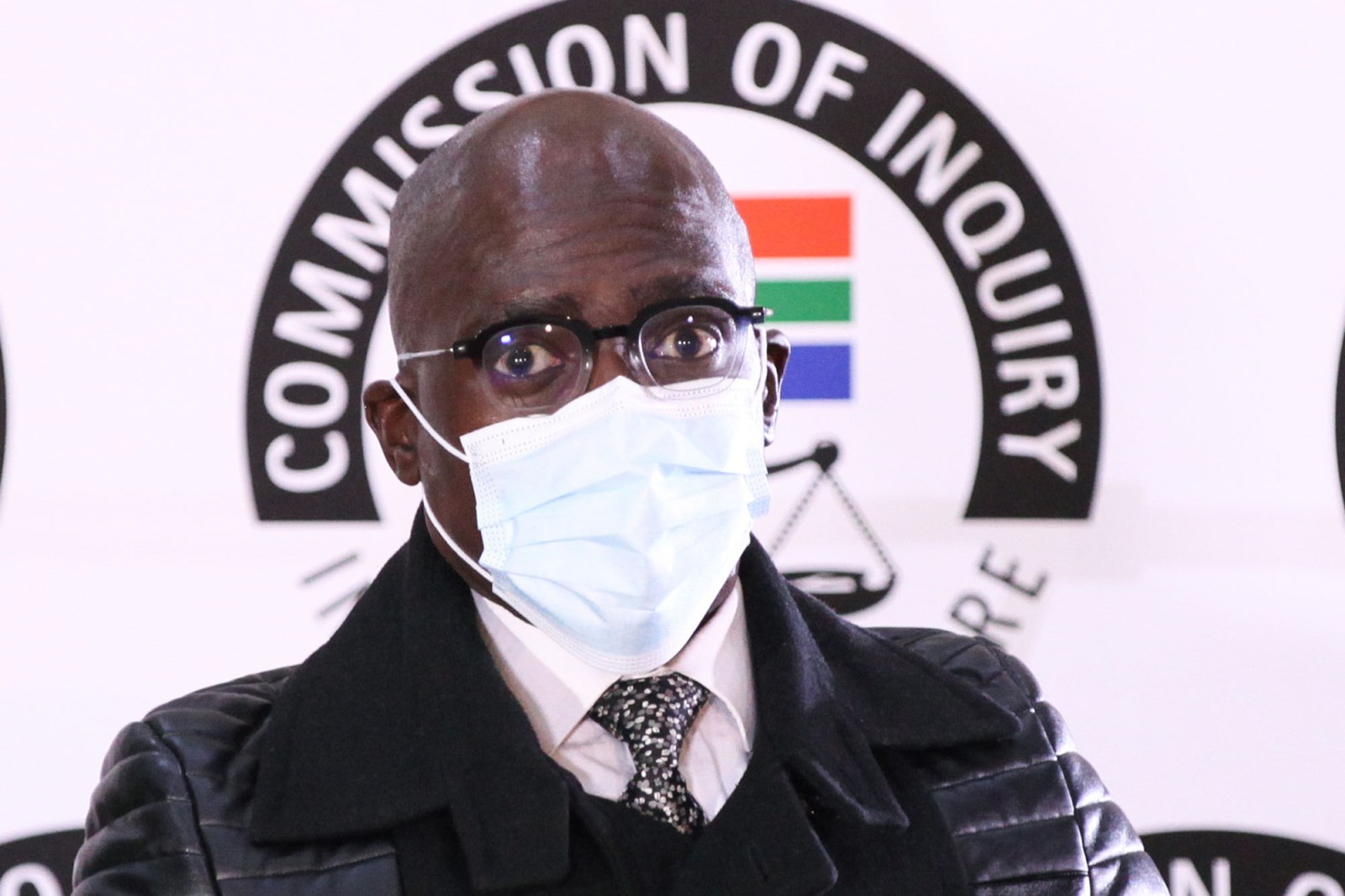 Malusi Gigaba says he never tried to force SAA officials to abandon the airline’s Mumbai route and let a Gupta-linked company take over. Yet, he sat in meetings while SAA executives were insulted and berated, suggesting his tacit approval, and did nothing.

Former public enterprises minister Malusi Gigaba was mostly silent in meetings when Jet Airways leaders and his own adviser berated SAA executives for refusing to hand its Johannesburg to Mumbai route over to the India-based airline, which has been linked to the Gupta family, but he has denied his silence should be interpreted as tacit approval for the proposal.

Gigaba, who served in multiple ministerial posts under former president Jacob Zuma, returned to the State Capture Commission of Inquiry on Monday and continued to refute testimony that suggests he went out of his way to benefit the Guptas.

Former SAA CEO Sizakele Mzimela has testified that she attended a meeting with Gigaba in January 2011, months after he was appointed public enterprises minister, to discuss a proposal to abandon SAA’s Joburg-Mumbai route.

While they were waiting, Jet Airways employees had approached SAA’s legal team, demanding they sign an agreement handing over the route, which was refused, according to Mzimela.

When Goyal finally arrived, he spoke down to SAA officials and demanded they abandon the Mumbai route, which SAA leaders dismissed.

It was Martins who eventually intervened and told Goyal he could not dictate how South Africa’s government and airline run their affairs. Mzimela said she could not understand why the ministry was affording Jet Airways special attention.

Gigaba, who was silent in the meeting, said he is used to confrontational meetings, even when guns are laid on the table, and hears people out before responding.

In an April 2011 meeting between Gigaba, his special legal adviser Siyabonga Mahlangu and SAA executives, Mahlangu went on a “rant”, according to Mzimela, berating the airline’s leaders for failing to give the Mumbai route to Jet Airways, failing to see the international importance of the deal and for wasting taxpayers’ money on the loss-making route.

The Guptas used Jet Airways to fly guests into South Africa for the infamous Waterkloof landing in 2013, and one of the family’s associates bought the airline when it was declared bankrupt in 2019.

Again, Gigaba was silent and did not reprimand his adviser, even when Mzimela told Mahlangu she refused to be disrespected.

“Mr Gigaba, what would you say to the proposition that Mr Mahlangu was doing your bidding while you kept quiet?” asked evidence leader Anton Myburgh SC on Monday.

Gigaba maintained he had only encouraged SAA to see if it could find a win-win deal with Jet Airways and had told Mahlangu as much.

Responding to Myburgh’s proposition, he said, “That would be an incorrect proposition, chairperson, because, again, then I would be providing conflictual signals. On the one hand, to say to SAA, do what you must do, advise me, I will take advice from you. And on the other hand, say to Mr Mahlangu, and Mr Mahlangu alone, go be rude towards this CEO of SAA and try to force her to concede to this.”

In submissions to the commission, Mahlangu said he did not know the Guptas before he was appointed by Gigaba in 2010. Gigaba has testified that he assigned Mahlangu to liaise with important ANC stakeholders to keep his party leaders satisfied while keeping himself at arm’s length from potential conflicts of interest.

Multiple SOE leaders have suggested Mahlangu was a middleman between Gigaba and the Guptas, but Gigaba has told the commission he did not know about a number of meetings that Mahlangu attended with the Guptas, and cited a culture of “name-dropping”.

Gigaba’s estranged wife, Norma Mngoma, has testified that Gigaba told her he asked Mahlangu to speak to the Guptas to help Gigaba’s sister with her R850,000 debt. His sister was later employed at the Guptas’ Sahara Computers.

Mngoma also claimed Gigaba often visited the Gupta family and apparently received large amounts of cash, which he has denied.

According to SAA’s Mzimela, Mahlangu requested a private meeting after he berated her over the Jet Airways deal and he apologised, saying he was only doing his job and acting on instructions.

“My instruction was simple, go talk to these people, find out if you can reach an agreement, come back and report to me,” Gigaba said he told Mahlangu, denying he pushed the Jet Airways deal.

Gigaba testified that he knew the three Gupta brothers and was friends with Ajay Gupta but he denied he had a close relationship with Ajay. Mngoma and one of Gigaba’s former bodyguards testified that he visited the Guptas’ Saxonwold, Johannesburg, home frequently but Gigaba said he only visited for certain cultural and social events.

Former SAA chairperson Cheryl Carolus has testified that members of the SAA board resigned en masse in September 2012 over Gigaba’s perceived attempts to pressure members to approve the deal with Jet Airways and to allocate its advertising budget to the Gupta-owned newspaper, The New Age.

“Both minister Gigaba and Mr Mahlangu exerted pressure on the board and management in this regard. I have no doubt that the board at that time was seen as an obstacle to these attempts to influence its decisions,” said Carolus.

Gigaba called her conclusion “unfortunate”. He said, “she arrives at this conclusion purely based on hearsay, innuendo and her own assumptions at the time”.

Former Transnet chair Mafika Mkhwanazi has testified that Ajay Gupta called him after he was appointed in January 2011. According to Mkhwanazi, Gupta said he got his phone number from Gigaba, which the former minister denied.

Mkhwanazi testified that Ajay Gupta said he wanted Transnet to spend 30-50% of its supposed R1-billion marketing budget on the Guptas’ newspaper The New Age. Mkhwanazi said he told Gupta that he wasn’t involved in such procurement deals.

Transnet, Eskom and other SOEs later spent huge amounts on advertising in The New Age and on funding its televised breakfasts, where the same SOE leaders and government officials would speak.

“The business breakfast programmes were broadcast live on SABC, which had a very large viewership, and they were attended by business people from different angles and they addressed a number of issues, not only pertaining to SOEs,” said Gigaba.