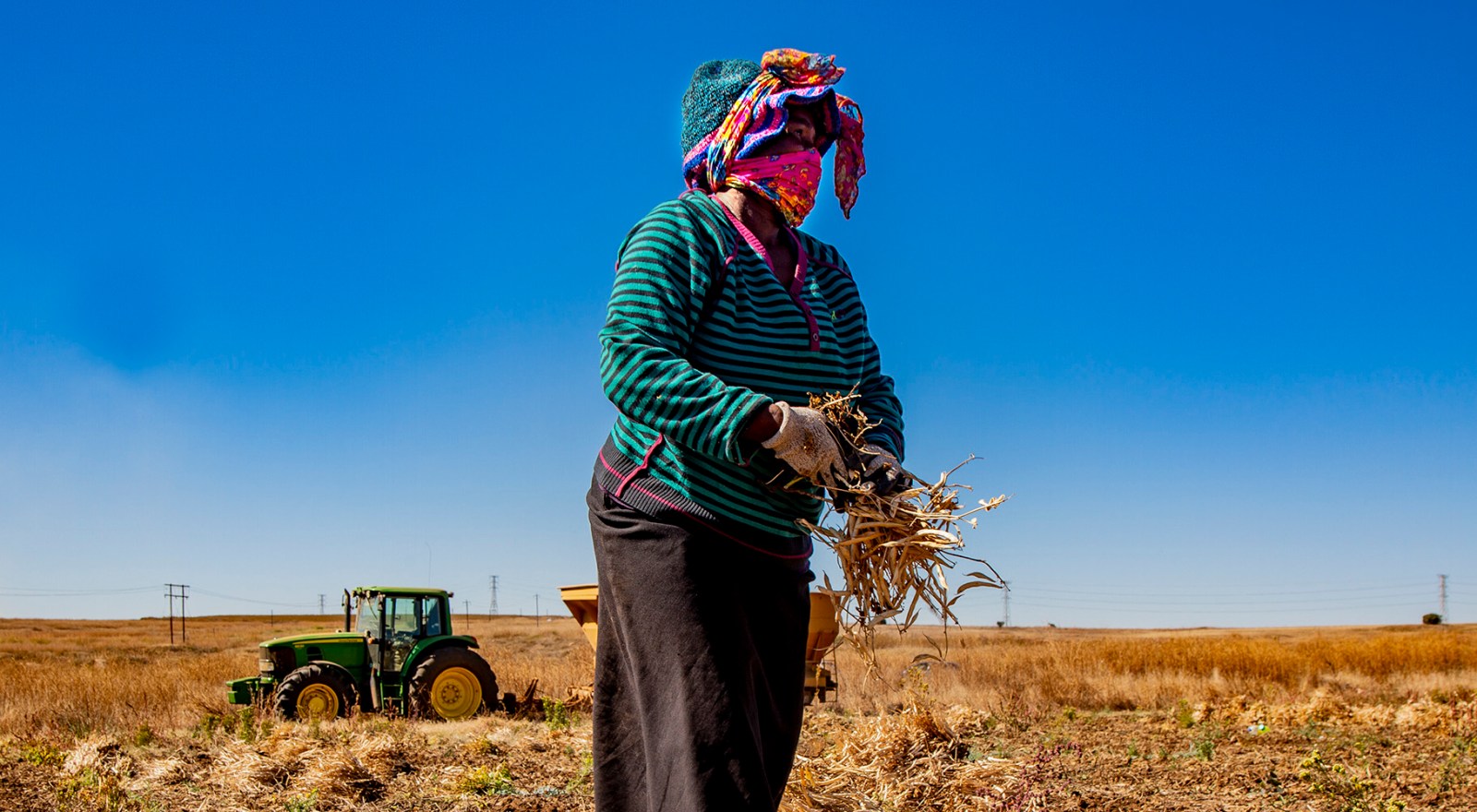 Following the food system dialogue hosted by Minister of Agriculture Thoko Didiza, stakeholders have agreed that the government and private sector will draft a South African position which will be presented at the UN Food System Summit in September 2021. The dialogue included close to 400 attendees including researchers, government officials, farmers, economists and retailers.

A significant part of the South African population is still faced with debilitating food insecurity, hunger, malnutrition and endemic poverty, which undermines the livelihoods of households. With a broken food system, the situation is bound to perpetuate.

Despite, or perhaps because of this, South Africa received a letter from the United Nations through the Department of International Relations and Cooperation, selecting SA as one of the countries to conduct the rapid food systems assessment through the national systems dialogue.

In support of the UN food systems summit scheduled for September  2021, minister of agriculture, land reform and rural development, Thoko Didiza, hosted the first national systems dialogue that aims to transform how the world produces and consumes food.

This is part of the decade of action to deliver on all 17 Sustainable Development Goals (SDGs), but especially #2 which includes the following six objectives:

According to Didiza, the dialogue resolved that neither the government nor the private sector can manage and drive sustainable food systems in the country alone, but together they can transform and grow it so that every South African has access to safe and nutritious food.

Didiza said this broad agreement will be achieved through three interventions.

First, by recognising the important role played by commercial farmers and agro-dealers in the food system. Another agreement was to prioritise the implementation of transparent food system regulations that will encourage more investments in the production, processing and distribution of food. Among other things, this included the already launched blended finance tool and improvement of biosecurity measures for safe food.

Second, the stakeholders including civil society, researchers, government officials, farmers, economists and retailers noted the critical role played by informal traders in the food system during the hard Covid-19 lockdown phases. Subsequently, there was an agreement that tailor-made support must be directed to informal food traders to integrate them into the food system.

Last, stakeholders agreed that the government and private sector, including communities, will draft a South African position which will be presented at the UN Food System Summit in September 2021.

The country’s position paper will centre on the principle of “leveraging public-private partnerships towards scaling up food system solutions in South Africa”. By submitting a country position to the global community, it will ensure that South Africa delivers on its commitment to have viable and sustainable food systems for all South Africans.

For this reason, the dialogue was broken down into four action tracks that drew on the expertise of actors across South Africa from a wide range of backgrounds within the food system to share and learn, foster new actions and partnerships and amplify existing initiatives.

The tracks were developed in support of the Sustainable Development Goals and recognise the key role of food systems. They are not only critical in ensuring food security and improved nutrition through food systems, but are also important in achieving social, economic and environmental goals as well.

The first track, “ensuring access to safe and nutritious food for all”, was presented by University of Pretoria Prof Sheryl Hendriks, a food security policy expert with extensive experience in policy analysis and programme design. This track also facilitated the unpacking of underlying causes of South Africa’s perplexing context of food insecurity which relates to soil, climate and infrastructure.

In her presentation, Hendriks suggested transformation as a game-changing solution for South Africa’s collapsing food system.

Track two was concerned with “shifting to sustainable consumption patterns”. This track was presented by Bonani Nyhodo, a senior agricultural economist at the National Agricultural Marketing Council (NAMC) South Africa. According to Nyhodo, as the population expands, so do their needs and demands — this puts pressure on food production, distribution and associated services or practices on declining agricultural land.

Nyhodo says food means different things to people and should not only be considered as a carrier of nutrients, but also a culture. He further suggested that sustainable consumption patterns are determined to preserve the culture.

Prof Ndomelele Ndiko Ludidi, a dialogue participant from the University of the Western Cape, suggested that as a nation we need to find pathways to mainstreaming indigenous crops again. This is because of their better nutritional density and also, importantly, their ability to withstand harsh conditions.

“The country’s staple is less nutrient-dense. If we consider maize, wheat and rice as staples for much of the global population, then you will see that indigenous African crops such as sorghum, pearl millet, finger millet and teff are nutritionally superior to these three staple crops with regard to some of the nutrients for which major deficiencies exist.

Dr Shadrack Moephuli, president and chief executive officer of the Agricultural Research Council of South Africa (ARC) presented track three relating to “building resilience to vulnerabilities, shocks and stress”. In his presentation, Moephuli elaborated on the need to ensure food systems are functional, healthy and sustainable.

The fourth track on “building inclusive sustainable and competitive value chains” was led by Prof Ferdi Meyer, managing director at the Bureau for Food and Agricultural Policy (BFAP). This track explored the South African food system as a combination of highly diverse value chains with a wide spectrum of producers linking to a range of formalised and sophisticated markets at the one extreme, and completely unregulated and informal markets at the other.

When asked how civil society or organisations felt about the dialogue, PhD candidate at the University of Mpumalanga, Sithembile Mncina, told Maverick Citizen that the food systems dialogue was a good start, but skewed as civil society was not involved in the discussion.

“Civil society is the backbone of communities and when they are not involved, as is the case here, it means that the communities are left behind and the purpose of the dialogue serves a minority of farmers.

“I have been privileged to work in non-governmental organisations in well-resourced universities (UKZN and UP). Now at the University of Mpumalanga, which is poorly resourced, I have come to understand the privileges I have been exposed to.”

Minister Didiza said the dialogue was not just a talk shop, but a starting point to address needs for a better food system.

“Based on the set of agreements and commitments from government, private sector and community representatives, it is clear that practical solutions have been identified and all stakeholders have committed to ensuring implementation does happen to address the need for a better food system,” said Didiza.

Recognising the agreements and commitments, the dialogue resolved that similar discussions are to be expanded to the provincial level. The rationale for having provincial dialogues is to ensure that they bring together a diversity of stakeholders, including voices that are seldom heard, and provide an opportunity for participants to debate, collaborate and take action towards a better food system in South Africa.

Ultimately, the provincial dialogues will ensure the solutions address the food challenges faced by ordinary South Africans at the household level in each province. DM/MC

Convener Vangile Titi Msumza will provide all the information on where and when the provincial dialogues will take place.