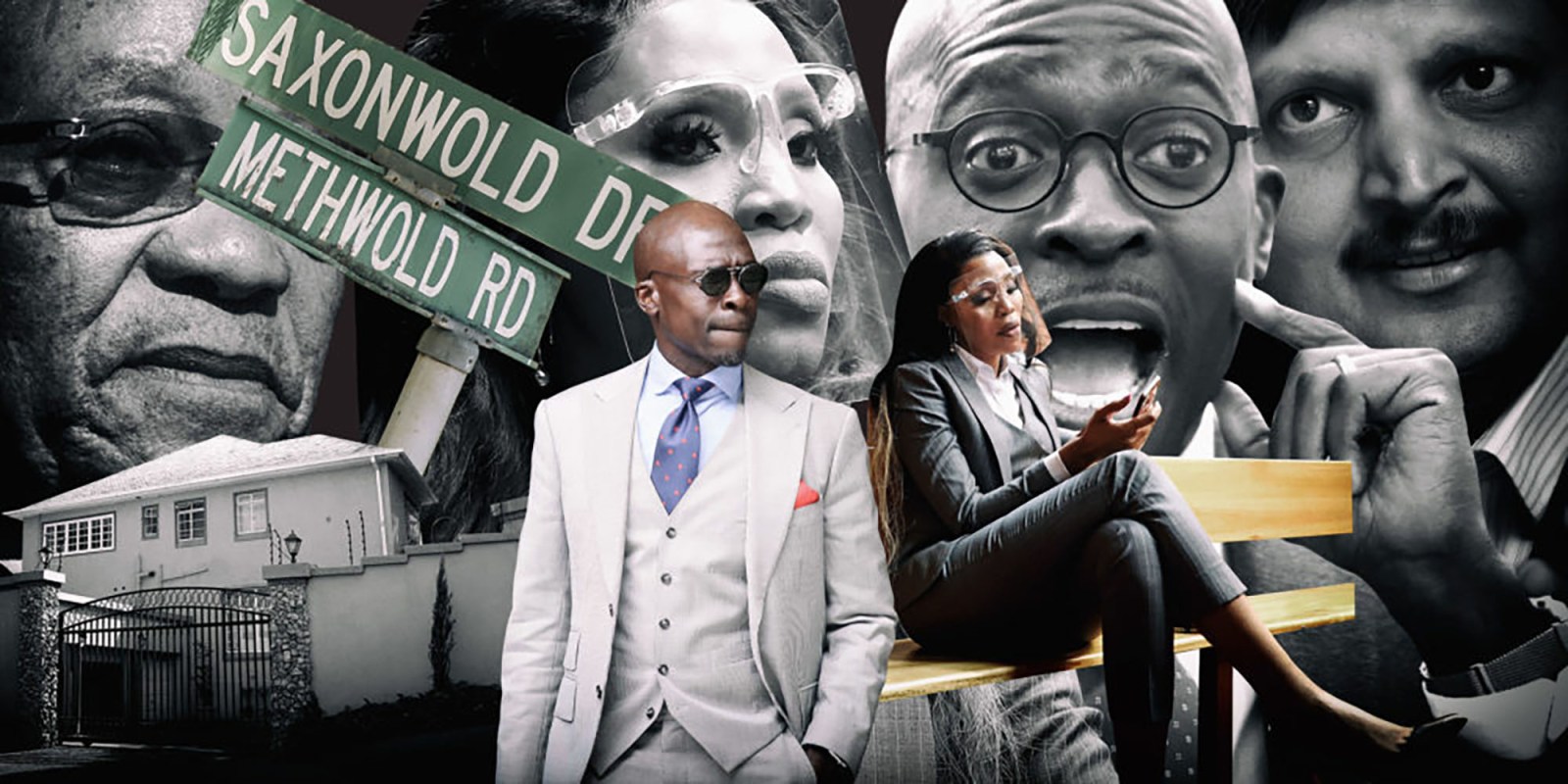 Witnesses at the Zondo Commission have described former minister Malusi Gigaba as a high-flying politician who carried large amounts of cash to finance his lifestyle and fund the ANC. On Friday, he called the claims ‘patently untrue’.

Former Cabinet member Malusi Gigaba has denied testimony from his estranged wife Norma Mngoma and a former bodyguard that he carried large amounts of cash, which he allegedly used to buy suits, pay for his family’s lavish lifestyle and fund the ANC.

Returning to the Zondo Commission on Friday, Gigaba was quizzed on a former bodyguard’s claims that he regularly visited the Gupta family’s Saxonwold home and would carry and spend significant amounts of cash.

“Witness Three”, who testified anonymously, worked as a bodyguard for Gigaba between July and December 2013. He said Gigaba visited the Gupta family’s Johannesburg home six or seven times in those six months and he once drove the then-public-enterprises minister alone without his other protectors.

The meetings were not in Gigaba’s official diary and Witness Three said the minister told his protectors not to record the visits in their logbooks.

Gigaba said the period was ahead of the 2014 elections and he would not have had the time to visit the Guptas so often, although he would have visited them, and never drove with Witness Three alone. He said he had no power to instruct his protectors on what to record in their logbooks.

According to Witness Three, Gigaba once went to the boot of his car to get money to pay for his protectors’ lunch. The bodyguard saw bundles of R200 notes in a bag.

“I have never carried these many R200 notes tied with rubber bands that I travelled with at the boot of the car,” said Gigaba.

Even if he did carry the cash, he wouldn’t have been reckless enough to let anyone see it, he told Zondo.

The former bodyguard also testified that the minister paid large amounts of cash for tailored suits from Fabiani, a claim supported by Gigaba’s estranged wife, Mngoma.

Gigaba bought his first suit at Fabiani when he was elected as an MP in 1999 and shopped at the store until the mid-2000s. At some point, he was even a Fabiani model.

The former minister said he stopped buying suits at the store in the late 2000s when he started getting his outfits tailored. Mngoma claimed Gigaba owned between 100 and 200 suits, which Gigaba denied without saying how many suits he has.

Witness Three said he saw Gigaba meet then-Transnet CEO Brian Molefe for dinner at Sandton’s Bukhara restaurant three times and Gigaba paying for the pair in cash. Gigaba called the claim “preposterous” and said Molefe, who had a higher salary, would have paid for the meals using his card.

“Here is somebody that is creating a story and is unable to make the story sensible, but he’s busy connecting dots,” said Gigaba.

“My view is that Witness Three is lying, not only lying but committing an unfairness and injustice to me by making claims that are patently untrue.”

Mngoma told Zondo that Gigaba spent R4-million in cash on their 2015 wedding, paid in various transactions. She said he paid for the wedding while he claimed she paid for it.

Mngoma said it was normal for Gigaba to dish out R50,000 to R100,000 in cash, which funded their lifestyle and the ANC. She also said the Guptas committed to bailing Gigaba’s sister out of her R850,000 debt.

Gigaba has denied all the claims and described Mngoma as a liar.

“Her being here was done with the sole purpose of malice because of the inability to extract from me what she seeks on the matter of our divorce,” Gigaba told Zondo on Friday.

The Hawks arrested Mngoma in July 2020 after complaints were lodged against her for allegedly trashing Gigaba’s home office, scratching his friend’s Mercedes G-Wagon with a vegetable slicer, and for supposed links to a plot to assassinate Gigaba.

In February 2021, the Pretoria high court declared her arrest unlawful.

The judgment said: “It is clear that this is in fact a domestic dispute between two prominent members of society. However, the offences are not deserving of the high priority of the Hawks and the involvement of the Hawks itself speaks to the abuse of power by Mr Gigaba, as a former minister, in using the state administration for his own personal benefit with an intention to intimidate his wife in a domestic spat.”

Mngoma has accused Gigaba of using his networks in the Mpumalanga Hawks to carry out the arrest in Gauteng in a bid to confiscate her digital devices and delete photo evidence that implicated Gigaba in corruption.

Gigaba, who said he did not lodge the complaints with the police, said he contacted the Hawks officers investigating the alleged plot to kill him after Mngoma damaged the property.

“When the same person who is alleged to be involved in the conspiracy to kill me then does what happened on the night of July at my residence, it behoved me to call the Hawks and say, ‘What do you suggest I do now this person has done this?’ And they took the matter up,” he told Zondo.

“I dispute the fact, one, that the warrant [of arrest] had an ulterior motive; two, that I abused my powers, the powers that I did not have [as a former minister].”

Gigaba was also questioned on his former advisor Siyabonga Mahlangu’s testimony. Mahlangu told the commission he had not heard of the Guptas before he started working for Gigaba as a special advisor in 2010 at public enterprises.

He started liaising with the Guptas after Gigaba told him the family were favourably aligned to the ANC and he should give them an ear.

Gigaba told the commission that people favourable towards the ANC would complain to his political seniors when they were ignored.

So he sent Mahlangu to deal with such stakeholders, telling him, “Create the access but be sure that such access does not extend to matters that are outside the legal framework that exists. Let’s not do anything illegal.”

He described it as a difficult balance, which tipped against the Guptas in early 2013 after numerous media reports emerged questioning the Gupta family’s influence over the state.

Nevertheless, Gigaba continued to meet members of the family, whose influence over the state only appeared to increase.