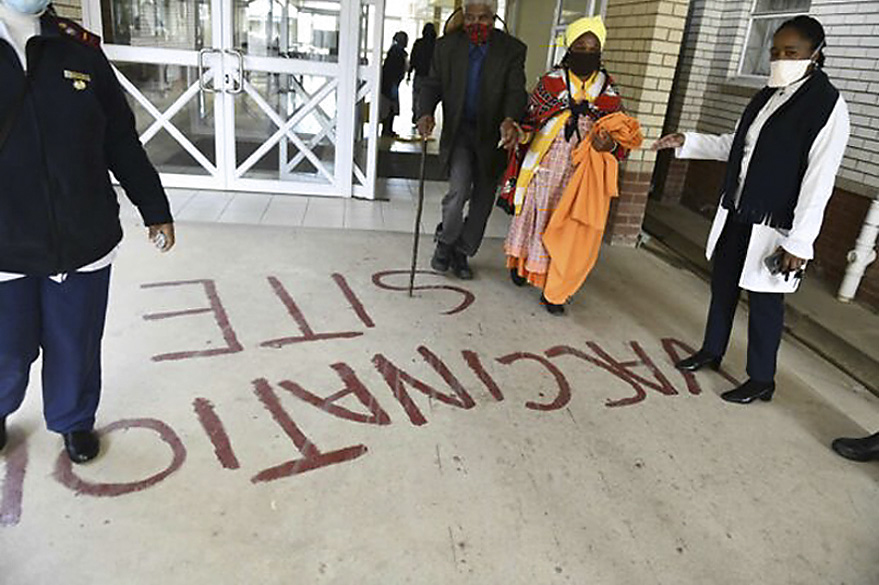 The fifth week of South Africa’s Covid-19 vaccine roll-out ended with the delivery of the 300,000 Johnson & Johnson vaccines promised for the country’s teachers and school staff. Meanwhile, Limpopo has explained why its registration rate is so high and the French embassy clarified why it is vaccinating 2,000 of its citizens living in South Africa

On Friday, 18 June, the latest vaccination statistics available were for midnight on Wednesday, 16 June. Registration stood at 3,585,143 and 1,494,331 people had received their first Pfizer Covid-19 vaccine dose.

The provincial breakdown is as follows:

During a briefing on Friday, acting minister of health Mmamoloko Kubayi-Ngubane said more than 2-million people had been vaccinated. Of these, at least 479,768 were vaccinated completely. The rest await their second dose of the Pfizer Covid-19 vaccine.

The 300,000 Johnson & Johnson Covid-19 vaccine doses have arrived, confirmed Dr Nicholas Crisp, the deputy-director general of the Department of Health.

Registration can now be done through WhatsApp, USSD (unstructured supplementary service data) for analogue phones, as well as a toll-free number.

Read the report by Zukiswa Pikoli.

Meanwhile, Limpopo has registered 66% of its residents over the age of 60. The province has relied on healthcare workers registering residents rather than the national strategy of self-registration, said health MEC Phophi Ramathuba.

This is because internet and smartphone access are not widespread beyond the urban hubs, she explained. Healthcare workers assisted with registration at health facilities and went door-to-door, she explained, using devices also utilised in TB screening.

She thanked the province’s religious and traditional leaders for encouraging vaccination, saying: “The people trust them more than they trust politicians or healthcare professionals.”

The French embassy in South Africa has launched its own programme to vaccinate French citizens above the age of 55. It will be using the Johnson & Johnson Covid-19 vaccine.

The French government sent these 2,000 doses because it felt it had a responsibility to protect its citizens, according to French ambassador Aurélien Lechevallier. He added that South African citizens living in France are vaccinated there. French President Emmanuel Macron brought these doses to South Africa when he visited in May, he said. DM/MC