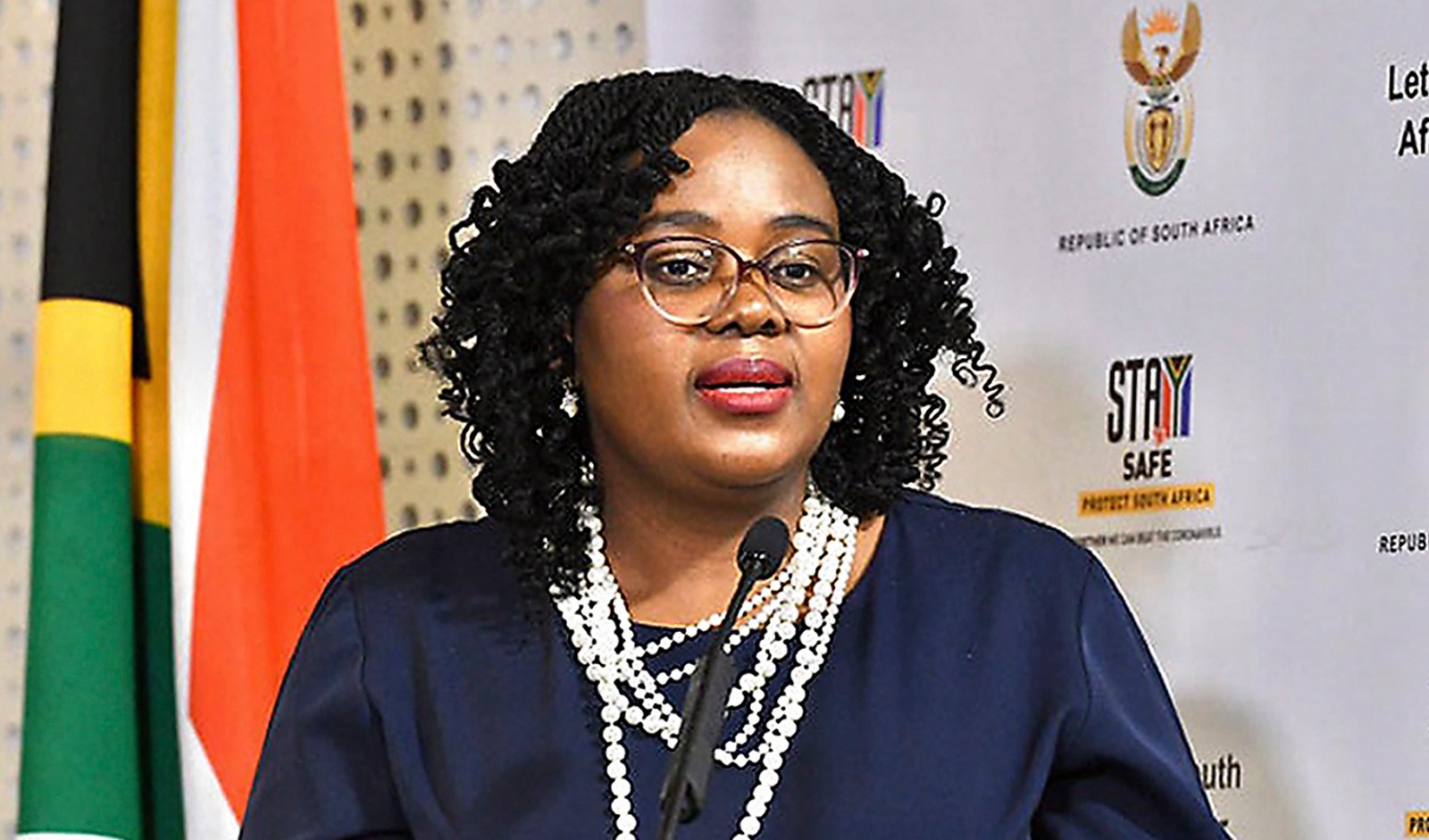 At a media briefing on the Covid-19 vaccines roll out on 18 June, acting Minister of Health, Mmamoloko Kubayi-Ngubane, said the soaring number of Covid-19 infections in Gauteng is worrying. She will be calling for reinforcements from the SANDF for mass screening and contact tracing.

Mammoloko Kubayi-Ngubane said the transmission of the virus was outstripping the department’s ability to detect it, especially in Gauteng. She pointed to people’s participation in activities like protests and illegal gatherings as some of the drivers of infections.

The minister said the department would be working with law enforcement in order to ensure that people complied with social distancing regulations and understood that not adhering to regulations risks not only an individual’s life but also the lives of their loved ones.

Kubayi-Ngubane said that she was appealing to Gauteng residents to respond accordingly and save the lives of the people in their province. The department of health has requested the assistance of military health in order to help with the shortage of beds in hospitals, staffing shortages as well as assisting with mass screening and contact tracing.

According to Kubayi-Ngubane, as of Thursday, the total number of vaccinations had passed the 2 million mark. She said this was good news because the higher the number of vaccinations the better we can manage the spread of Covid-19 and protect the lives of the most vulnerable, however, this did not mean that people should let their guard down.

Speaking on the issue of walk-ins at vaccination sites, the minister said that the department was working on developing protocols for walk-ins so that vaccine sites did not end up being “centres for the spread of the disease”.

Dr Nicholas Crisp confirmed that the consignment of 300,000 vaccines, mentioned by President Cyril Ramaphosa on 15 June, had arrived and would immediately start being rolled out, beginning with the education sector programme which consisted of 582,000 people. Crisp said this should be done over a period of 10 days.

“The 300,000 doses will obviously not be enough to complete all of that sector but fortunately the next consignment of vaccines is due next week. It’s also from a similar source in the United States and it is also on a short expiry date which is why we are accelerating this programme over such a short space of time,” said Crisp.

The second programme would be for the security cluster starting with the 145,000 police officers and a further 36,000 working within the police services but through the public service.

The final programme would be for the defence force and correctional services, meaning that in total this programme will bring in an additional 2 million doses in the short term, Crisp said.

Dr Barry Kistnasamy, compensation commissioner at the National Department of Health (NDoH) said 145 sites for workplace vaccination had been identified in conjunction with the National Economic Development and Labour Council (Nedlac) and Business for South Africa (B4SA).

Giving insights into the Electronic Vaccination Data System (EVDS) and its importance, Milani Wolmarans of the NDOH said that it was meant to keep track of data such as: who has been registered, when they were registered, which vaccine they received and when the vaccines expire. The EVDS also allowed for targeted vaccination sites based on the numbers and needs of communities.

Registration is now no longer only available on the website but through WhatsApp, Unstructured Supplementary Service Data (USSD) for analog phones, as well as a toll-free number. Wolmarans stressed that people needed to ensure that their ID numbers and cell phones were captured correctly so that they could receive the correct follow-up information regarding their vaccines such as what to expect from the specific vaccine they are administered.

Speaking at the briefing Medical Research Council President Professor Glenda Gray reported that they were seeing good responses to the Johnson & Johnson vaccine similarly to what other countries had experienced. She said of the healthcare workers  infected post-vaccination, only a handful suffered severe illness while the rest had mild illness. Gray also noted that the severe infections were among people with co-morbidities.

Gray was emphatic that although healthcare workers had received the vaccine they still had to be strict about wearing PPE and taking all the necessary precautions while at work and even at home in their communities. DM/MC