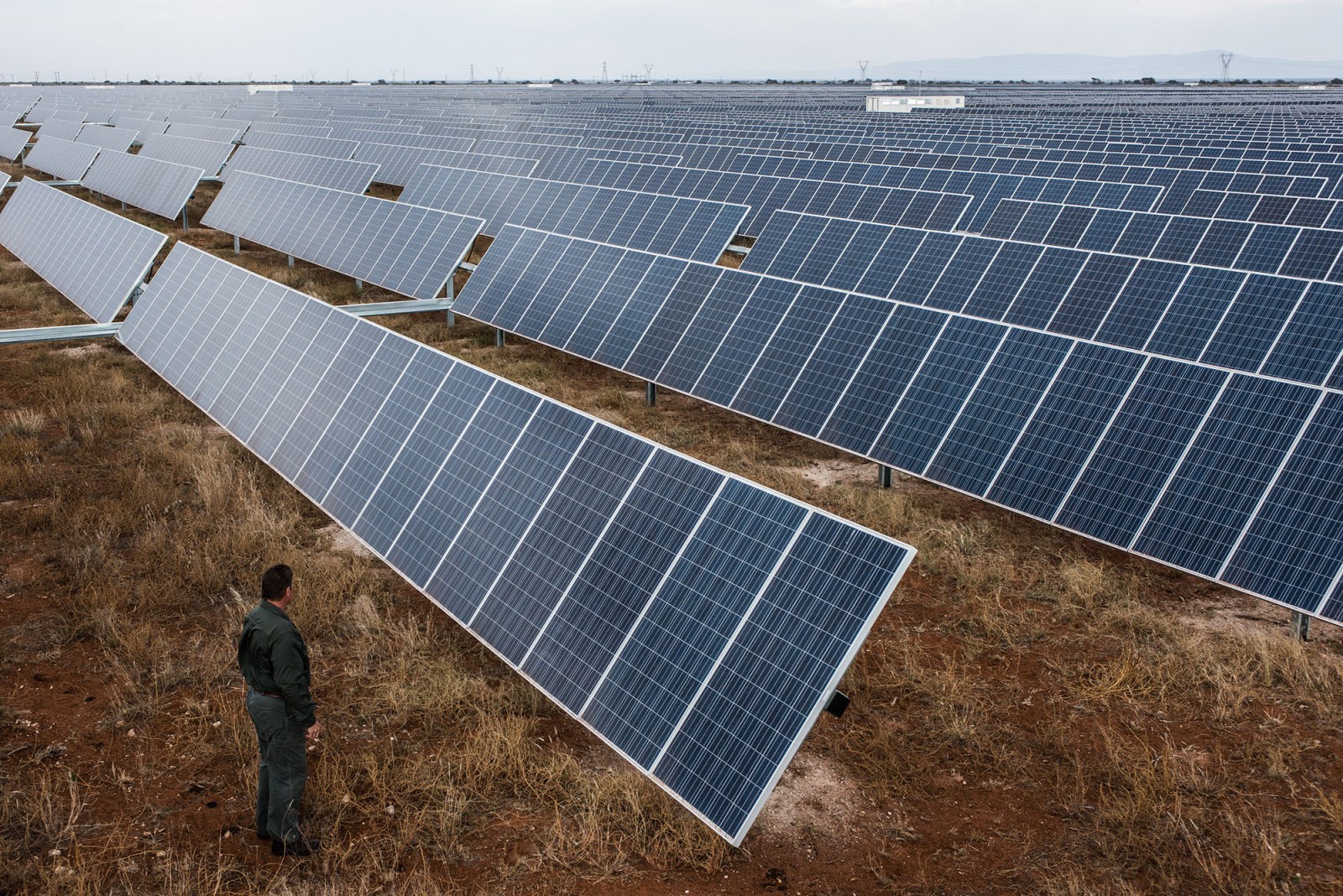 Earth & Wire is adamant that the electricity market is opening up, and will continue to do so, and is prepared to put its money where its mouth is. (Photo: Waldo Swiegers / Bloomberg via Getty Images)

Despite the private electricity market being dogged by regulation, uncertainty and a reluctance on the part of the government to welcome private participation, one company has jumped in boots and all.

Demetri Pappadopoulos, the founder of Earth & Wire power company, simply nods his head at the news that the threshold for companies to produce their own electricity without a licence will be raised from 1MW to 100MW.

“We knew that at some stage the dam wall would break. To allow self-generation of 1MW or even the Minister’s proposed 10MW, was an arbitrary ceiling and eventually, the pressure from business was going to become overwhelming,” he says. “Government cannot have businesses disinvesting because they cannot access the power they need.”

Recently dairy company Clover announced it was closing its cheese factory in Lichtenburg, the largest in the country,  due to “ongoing poor service delivery” by the local municipality.

The challenges faced by Eskom need little elaboration and include a high debt burden and ageing power plants. As a result, the utility is unable to keep the lights on, making the delivery of alternative energy solutions a priority.

Earth & Wire has recently stepped into this gap, even though the legislation was not fully accommodative. It has positioned itself to become a trusted energy brand that will supply reliable and sustainable energy to customers.

“We believe consumers should have a choice of who they buy electricity from,” adds Tommy Garner, E&W’s business development manager and chairman of the Independent Power Producers Association. “Companies — large mining and manufacturing operations — and ultimately all consumers — need to stay relevant and need to show that they are producing their products using green or clean power.” If they don’t, he adds, it will come at a cost as markets such as the EU add carbon taxes or surcharges to their products.

Garner knows the environment well, having been the founding CEO of Cennergi, an independent power producer that, at the time, was a 50/50 joint venture between Exxaro Resources and Tata Power. Cennergi developed, constructed, commissioned and is operating two large wind farms totalling 229MW of installed capacity in the Eastern Cape.

Earth & Wire has negotiated access to more than 300,000ha across the country and plans to build at least 15GW worth of large-scale power plants over the next 10 to 15 years and to sell this power to its customers. It is in the process of reaching financial close on a 10MW solar project in the Western Cape and has secured environmental authorisation on another 2,000MW of wind and solar projects

Garner and Pappadopoulos believe that the private utility model is accommodated within South Africa’s energy policy, specifically the Integrated Resource Plan of 2019.

The difficulty, says Garner, is that the energy minister, whoever he or she may be, has a massive amount of power to influence the outcome. “We would apply for a section 34 determination or ministerial deviation, but these processes can take two to three years to complete.” This is not ideal, he adds, as capital does not flow when there is uncertainty.

The company has already engaged with Eskom, with whom it must partner to distribute the power it produces.

The way that power projects are funded is changing, allowing for ordinary project finance to play a role. “We believe that the capital markets are looking for ways to participate and invest in these types of long-term projects. The advantage is that we require no sovereign guarantees, which means less pressure on the fiscus.”

In this way, he believes, a private market will open up, to the point that you can “buy electricity as you buy data”.

Not only will the government increase the cap on what can be generated by private companies, but it has relaxed the rules on who they can provide to. According to President Cyril Ramaphosa, companies looking to generate 100MW are free to sell to third parties, but in doing so they still have to abide by the regulations set out by the sector regulator, Nersa. It remains to be seen how efficiently this process will be handled by Nersa.

However, the Earth & Wire team is adamant that the electricity market is opening up, and will continue to do so, and is prepared to put its money where its mouth is.

“The future is a combination of Eskom, the IPPs and companies like ourselves who are offering affordable high-quality electricity from clean sources,” says Pappadopoulos.

“This country needs new, local, organisations that have a positive attitude towards investment in the country. If we do not do this in a sector as important as energy… then we are doomed.” BM/DM