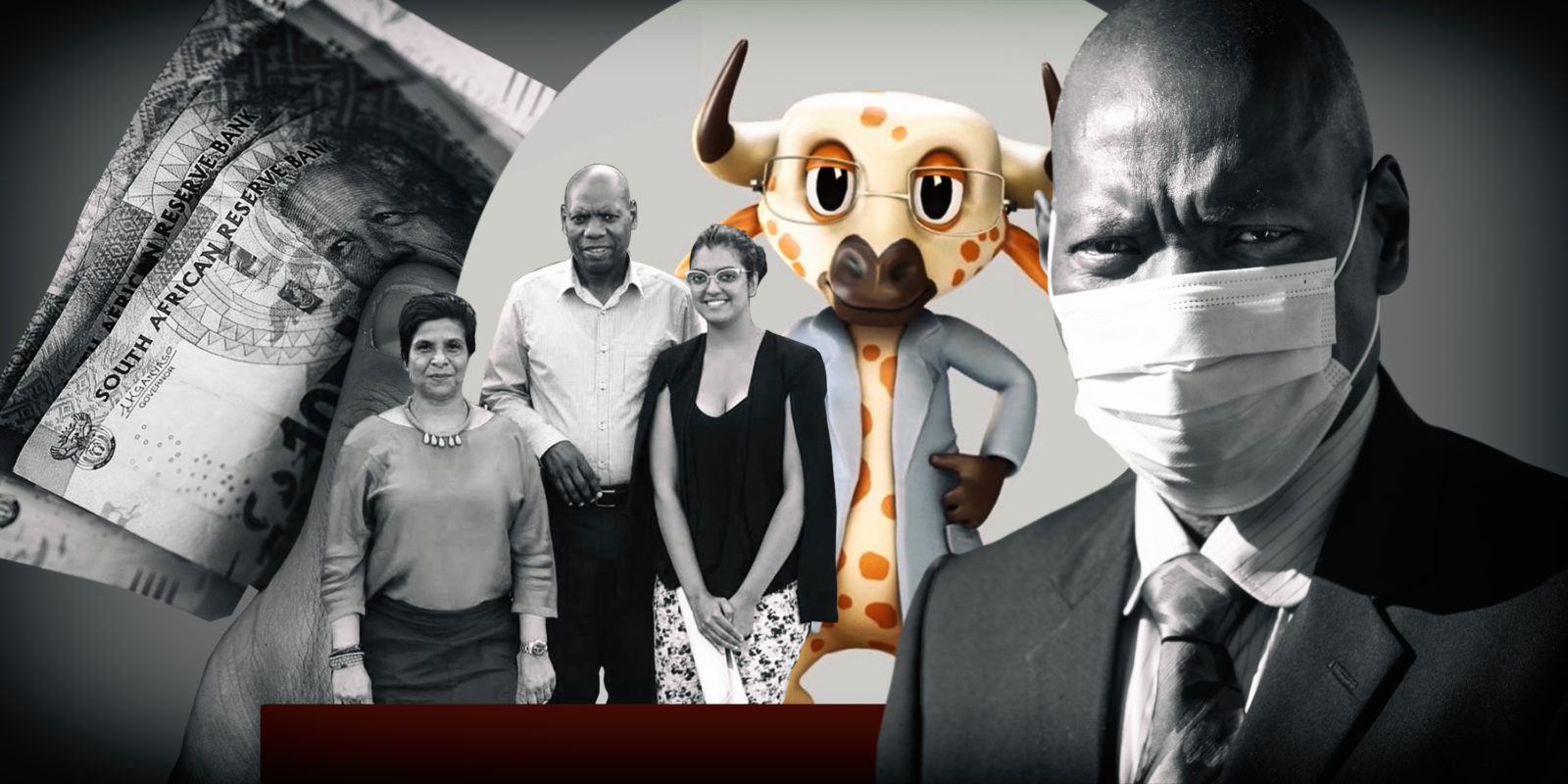 The latest instalment in Scorpio’s months-long investigation into the Digital Vibes saga focuses on the firm’s earlier DoH billings, from the period before its original NHI mandate was changed in late March 2020 to include Covid-19.

By all appearances, the company was effectively controlled by Tahera Mather and Naadhira Mitha, two close associates of Minister Zweli Mkhize, who has taken special leave in the wake of Scorpio’s investigations.

At least R23-million of this amount can be attributed to billings linked to NHI communications work.

Pelo was due to be rolled out as a mascot for the NHI, sources familiar with the matter have told Scorpio.

The DoH ended up paying a grossly inflated price for the work. In an invoice submitted in February 2020, Digital Vibes first billed the DoH R800,000 for “animation 3D development”.

Another invoice from March 2020 included a further R300,000 charge with the same description.

In other words, Digital Vibes billed the department R1.1-million for an outsourced animation project that cost only R266,000. This translates to a massive 314% mark-up and netted the firm R834,000 in pure profit.

Financial records in our possession confirm that the DoH settled the bills for Pelo. All indications are that the animation project was not the only time Digital Vibes successfully milked the department’s coffers for NHI work.

Between December 2019 and March 2020, Digital Vibes submitted invoices for NHI-related billings valued at R23-million. All of these invoices were settled in full by the DoH.

Much of this expenditure can be attributed to other questionable line items.

An invoice from December 2019 – presumably the company’s first after it had signed the DoH deal the previous month – reflects a total bill of just under R7.5-million. Financial records confirm that the DoH paid Digital Vibes for this invoice in late January 2020.

The invoice includes a R1.2-million charge for an “NHI creative proposal” and another R1.2-million bill for NHI “branding and brand book”.

Scorpio has not yet had sight of the creative proposal or the other documents Digital Vibes referred to in its invoices.

However, judging by the descriptions on the invoices, some of these documents don’t sound like billable items but instead sound as though they should have formed part of the company’s pitch for securing the contract.

“The NHI Creative proposal explained what we wanted to accomplish to achieve our goal. The client needed to see and understand the objective and outcome of the project. In this case, a template was created to guide us. This became the reference point for the NHI project,” reads the firm’s justification for the R1.2-million charge.

The company also billed the DoH R600,000 for a “design and concept” and R500,000 for what it described on its invoice as the “look and feel” of its envisaged NHI work.

Apart from the first bill for Pelo the cow, this invoice included a R1.5-million charge for “data driven sentiment behaviour change on NHI”; “media monitoring – all platforms worldwide”; and “real time alerts”, among other items.

Scorpio reached out to Mather and Mitha to learn more about the “what is NHI” campaign and Digital Vibes’ other NHI billings.

They ignored our queries.

Digital Vibes submitted its final invoice for purely NHI-related work on 3 March 2020, a few weeks before its focus was diverted to Covid-19.

Later invoices would still include minor NHI billings, but after March 2020, the bulk of Digital Vibes’ charges emanated from Covid-19 work.

The final NHI-related invoice came with a total bill of R7.82-million. This time around, the DoH settled the invoice within just 10 days, according to financial records.

Along with the second bill of R300,000 for Pelo’s animation work, the final NHI invoice included another R1.5-million charge for “data driven sentiment behavior”.

The company also charged the DoH R250,000 for “WordPress completion” (WordPress is a free, open source website tool); R200,000 for “raw video footage” and R150,000 for “placement of opinion pieces”, among other curious billings.

Judging by an appendix included in the invoice, this entailed the department paying Digital Vibes for enjoying coffee with stakeholders from the medical industry.

In January 2020, for instance, someone from Digital Vibes met with a representative from the South African Dental Association “at Woolworths coffee, Rosebank Mall”, according to the invoice.

The South African Dental Association representative “supports the theory & principals of a universal healthcare system”, the document tells us.

Scorpio asked the DoH whether it had received any value for money for the payments it made to Digital Vibes for the NHI work, or whether it had instead been ripped off.

“The Digital Vibes matter is under investigation by the SIU. I implore you to give the process space to conclude. Most answers can only be responded to by Digital Vibes,” responded the department. DM