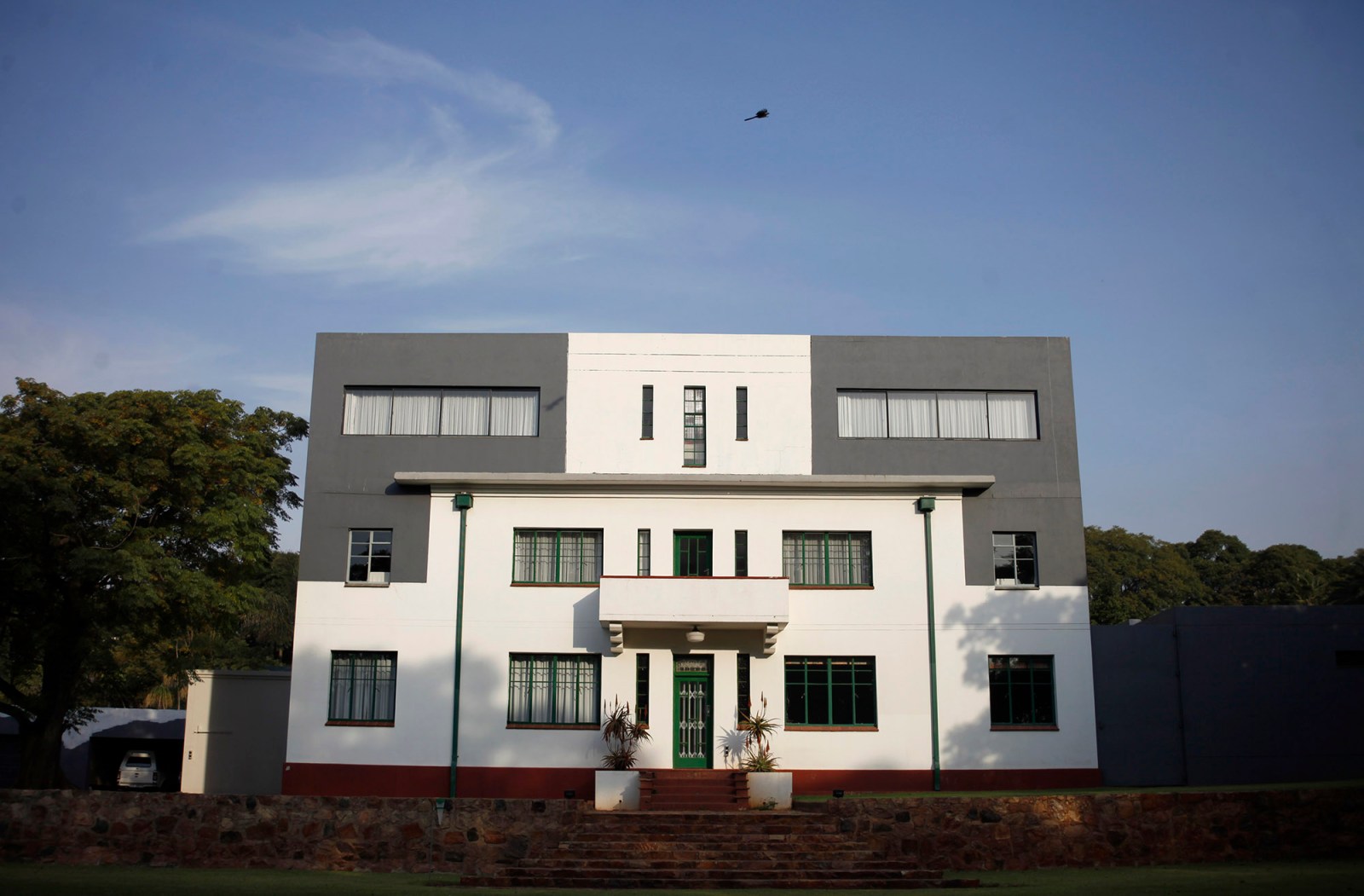 In the 1920s, Nelly Edwards began a career of designing buildings all over the city. Who was she?

In early Johannesburg, a female architect left her mark on a young city that was shaking off its rough-and-tumble mining roots. Then she was forgotten.

Nelly Edwards is believed to be Joburg’s first female architect, who, though working in a male-dominated profession, had a prolific hand in the construction of houses, flats, churches and at least one famous pub.

Many of her creations are still there, hidden behind high suburban walls, the lucky survivors of the city’s habit of renovation and rebuilding.

But all this is changing as historians and heritage homeowners have begun taking notice of her work, and they are slowly piecing together her story.

For heritage fundis Brett McDougall and Isabella Pingle, Edwards’s name suddenly began popping up in the archives when they pulled up architect drawings of old Joburg buildings.

“And what we found is that there is a huge amount of Nelly Edwards housing stock,” says McDougall, of the Johannesburg Heritage Foundation. “That has gone under the radar, and you only become aware of it when you start seeing original plans.”

There are so many of her houses scattered around the older suburbs of Joburg that a new term has emerged.

“I live in a Nelly Edwards house,” the proud owners of a house by Joburg’s probable first female architect like to say.

In Kensington, homeowner John Monteiro discovered that the home he bought was a Nelly Edwards house.

This piqued his interest and over the years he has been able to piece together some of her life story from a paper trail that is both patchy and thin on detail.

She was born in England on 2 August 1897, but it appears she grew up on the east side of Johannesburg. Monteiro found evidence that she attended Jeppe High School for Boys and Girls, where she matriculated in 1912.

In 1922 she had two houses built on Marathon Street in Kensington. She moved into the one at number 86. In 1927, Edwards registered with the Institute of South African Architects and was soon busy.

By 1929, her name had appeared as the architect of the Radium Beer Hall, which still runs today.

In the Johannesburg city centre, she designed the Dorrington Mansions on Bok Street, which was built in 1928.

The Nederduitse Gereformeerde Kerk church on Fulham Street in Brixton, which opened its doors three years later, is a Nelly Edwards too. “To me the next noteworthy female architect is the wife-and-husband team of Morgenstern and Morgenstern, and that was in the 1950s and 1960s. So it really feels to me that Nelly was 30 years ahead of her time,” says McDougall.

Designing houses would have meant that a lot of Edwards’s own style and creativity would have been tempered by the wishes and demands of the homeowners for whom she worked.

But Edwards’s touch, believe those who know her work, did shine through, and can be seen in those buildings that still exist.

“You see with her a very clear floor plan. They are very rational buildings from a planning perspective. And her buildings from the 1930s have a lovely, appropriate use of ornaments, it is not over-the-top Art Deco,” explains McDougall.

But there were two Nelly Edwards houses where Monteiro believes she was given free rein artistically. One is his own house in Kensington. The other is considered to be one of Joburg’s finest examples of an Art Deco building, at 176 Galteemore Street, Malvern.

Edwards designed the house Monteiro now owns in 1933/34. The house was designed in the International Style, which emerged in the 1920s and 1930s.

“The whole basis of International Style is that it faces north, it is on a plinth. It is also square and simple,” explains Monteiro.

Edwards was contracted to design the house by Charles Taylor, who owned a successful engineering works in nearby Malvern.

There is a mystery that Monteiro has tried to figure out. Taylor appeared to be a traditionalist, but he went with a very modern design for his new home. “That is the big question: as a traditionalist, why did he choose this female architect to design this?”

Taylor had deep pockets and appears to have given Edwards a lot of freedom in the design of his three-storey house. At the time there was only one other International Style residence in Johannesburg.

“One thing about Nelly is that she loves the thing of putting an entrance on every side,” remarks Monteiro.

The Taylor house was perhaps Edwards’s most recognised achievement. In 1948 the house was featured in the book Homes of the Golden City. Most of the notable homes that made it into the book were situated in the northern suburbs of Johannesburg.

While Edwards was designing the Taylor house she was still living not far away in Marathon Street. It was here, according to those scant records, that she got married.

He was a widower and draughtsman. What happened afterwards perhaps provides a little insight into Edwards’s character. She kept signing her architectural drawings “Nelly Edwards” – an unusual practice for a woman at the time.

“You must remember that then women just weren’t showcased. This is because it’s a male-dominated field. [Women] were very much behind the scenes,” says architect Yasmin Mayat.

It was in the home at 86 Marathon street that Edwards lost a child. Blossom Long was born prematurely and died eight days later on 2 May 1936. A year later the couple left the Kensington home.

In 1939 the Longs were living in Hillbrow when their next child, Edward, was christened. There are no other records of him.

By the 1940s Edwards’s name wasn’t appearing as frequently on design plans as in the previous decade. In a list compiled by the Johannesburg Heritage Foundation, there are no buildings attributed to her after 1941.

But she appeared to still be in the game. In 1947 she had offices listed at 111 London House, in Loveday Street, Johannesburg.

Ernest died in 1961 and was buried in West Park cemetery. Two years later, Edwards resigned as a member of the Institute of South African Architects.

There the trail goes cold, lost to time.

Still, the search for Nelly Edwards and the buildings she left behind continues.

In 2018, the Johannesburg Heritage Foundation honoured her with a blue plaque placed at the 176 Galteemore Street Nelly Edwards House.

It is described as a tour de force of art deco. “Each fireplace has its own art deco tile in geometric patterns, which are very unusual and very unique. It’s got a telephone box,” says McDougall.

“And then it’s got the most Art Deco stained windows, from the entrance hall into the dining room, and it is miraculously intact.”

What no one has found yet is a photograph of Edwards. Monteiro often wonders what she looked like.