China’s political system is the choice of history and... 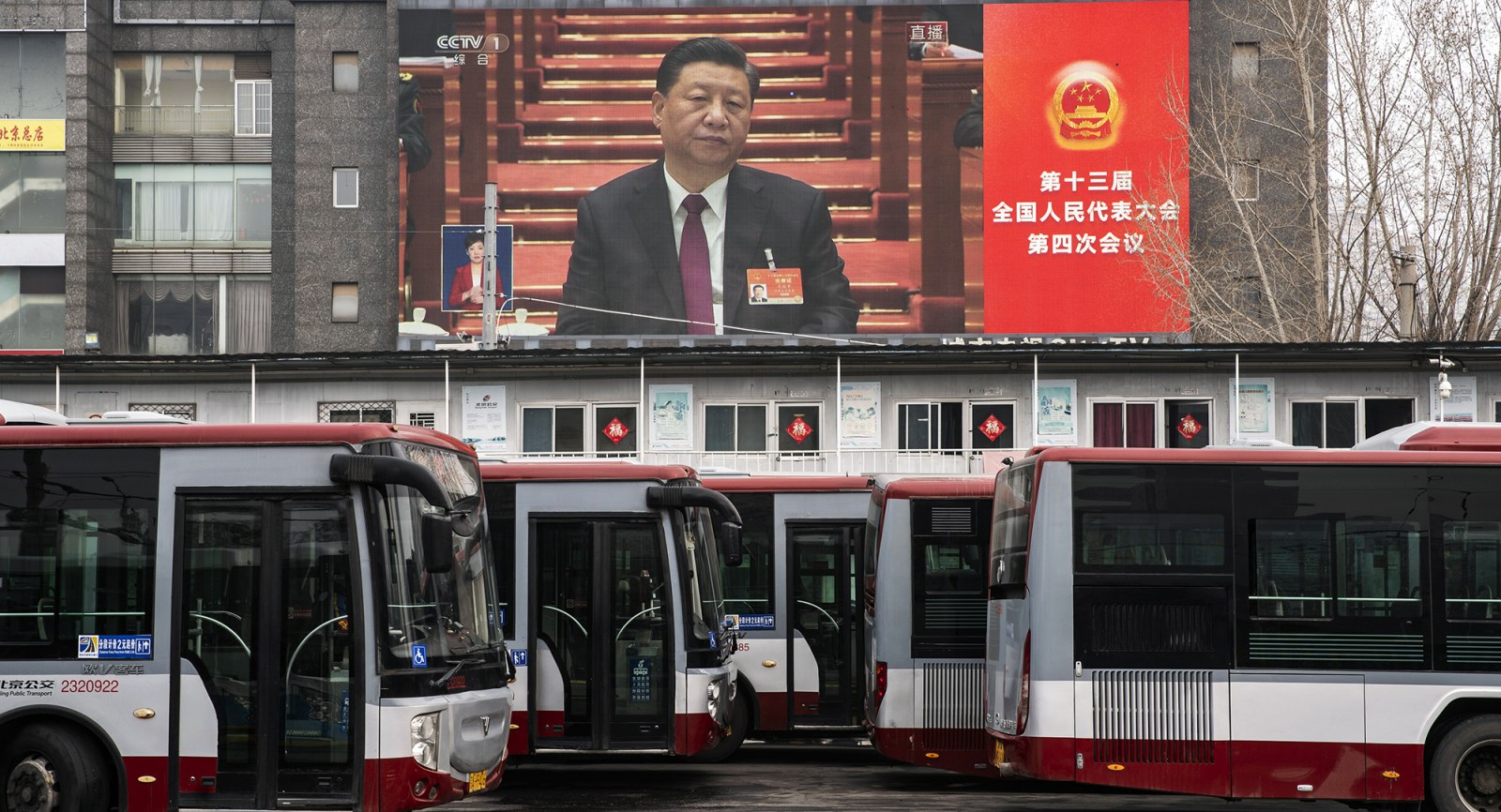 A screen showing a live news broadcast of Chinese President Xi Jinping at the National People's Congress at a bus depot in Beijing, China, on 5 March 2021. (Photo: Qilai Shen / Bloomberg via Getty Images)

The design of China’s political system fully embodies the philosophy of people-centred governance and demonstrates the distinctive features of socialist democracy. There is an all-process, consultative and consensus-seeking democracy based on the principle of democratic centralism.

His Excellency Chen Xiaodong is the Chinese Ambassador to South Africa.

On 1 July 2021, the Communist Party of China (CPC) will celebrate its centenary. The CPC is a century-old party with the largest membership in the world as well as outstanding achievements. Its centenary is not only a major event for the Chinese people, but also a major event that attracts great attention from the whole world.

On 2 June 2021, Daily Maverick published an article by J Bradford DeLong titled “China’s centralisation policy: Why Xi Jinping’s strategy will end in tears”, in which the author tried to interpret China’s political system based on the United States’ national conditions. It is therefore not surprising that a wrong conclusion was reached.

Historical perspective is conducive to fostering a better understanding, especially for a country with a long history and rich culture like China. To read China well, one needs to put it in the historical context of a civilisation that has lasted for over 5,000 years; the struggle of the Chinese people for over 180 years since modern times; the century-old dedicated efforts of the CPC; over 70 years of development of the People’s Republic of China; and especially the 40-plus years since reform and opening up. To make irresponsible remarks on China’s political system based on just a few historical fragments only ends up ridiculing oneself.

A country’s political system can only be reliable, effective, and supported by its people if it is in line with national conditions and draws on others’ good practices. Since modern times, China has tried constitutional monarchy, restoration of monarchy, parliamentary system, multi-party system, and presidential system one by one. All of them failed to provide a prescription for the country and people to get out of crises. Only after the CPC led the Chinese people through long and arduous explorations did we find a system that suits China’s own national conditions, the system of socialism with Chinese characteristics.

It is under this system that China has achieved the miracle of rapid economic development together with long-term social stability, which is rarely seen in the world. Like the seeds of a pomegranate, all ethnic groups of China embrace each other and help each other. More recently, we have successfully dealt with the Covid-19 pandemic and achieved a decisive victory in fully alleviating poverty. Nearly 100 million rural residents living under the current poverty line in China have been lifted out of absolute poverty together, contributing to over 70% of the world’s total poverty reduction over the same period. The Chinese people now enjoy more human rights and dignity than ever before.

It is under this system that China has grown into the world’s second largest economy. In 2020, China’s GDP exceeded around $14.7-trillion, accounting for more than 17% of global GDP. China was also the first to control the pandemic and fully resume work and production. China became the only major economy in the world to achieve positive economic growth last year.

The design of China’s political system fully embodies the philosophy of people-centred governance and demonstrates the distinctive features of socialist democracy. There is an all-process, consultative and consensus-seeking democracy based on the principle of democratic centralism. Take the 14th Five-Year Plan as an example – during the drafting process, the Chinese government has solicited opinions and advice through all channels, including more than one million suggestions from online.

The regional ethnic autonomy system practiced in Xinjiang and Tibet, among others, is key to guaranteeing the right of ethnic minorities in their own governance and management of local affairs. The system not only gives full play to local advantages, promotes the development of local economy, culture, education, science and technology, but also ensures centralised and unified leadership of the country.

The same is true for the practice of “One country, Two systems”. Within the framework of “One country, Two systems”, “Hong Kong people administering Hong Kong”, “Macao people administering Macao” are practiced with a high degree of autonomy. This system endows the Special Administrative Region (SAR) government with executive, legislative and independent judicial powers, including that of final adjudication. The goal is to support Hong Kong and Macao compatriots to better administer and develop the SARs.

It is the people who have the say in judging whether their own countries’ systems are good or not. According to a survey by the Ash Center at Harvard University’s Kennedy School of Government, Chinese people’s satisfaction with the CPC and the central government is 93.1%. As China continues to deliver great performances in Covid-19 response, this satisfaction rate continues to rise. It is apparent that China’s current political system is not only a choice of history but also the choice of its people.

The most essential feature and greatest strength of China’s political system is that it upholds the CPC’s leadership. To govern a country like China with a population of 1.4 billion, there has to be centralised, strong leadership and efficient government, or the country will be a heap of loose sand. This is also the secret of China’s development miracle.

The CPC has won the firm support of Chinese people because it has been committed to seeking happiness for the Chinese people and rejuvenation for the Chinese nation since its founding 100 years ago. The CPC has always placed the people as the top priority. As an old Chinese saying goes, those in governance cannot survive without support by the people.

As a party dedicated to the great rejuvenation of the Chinese nation, the CPC is showing even stronger vigour and vitality at its 100th anniversary. But it is only the starting point where the CPC will lead the Chinese people on a new journey towards the second centenary development goal.

We welcome constructive advice and suggestions made by people from all over the world on China’s development and all are indeed welcome to celebrate the CPC’s centenary with us together. DM