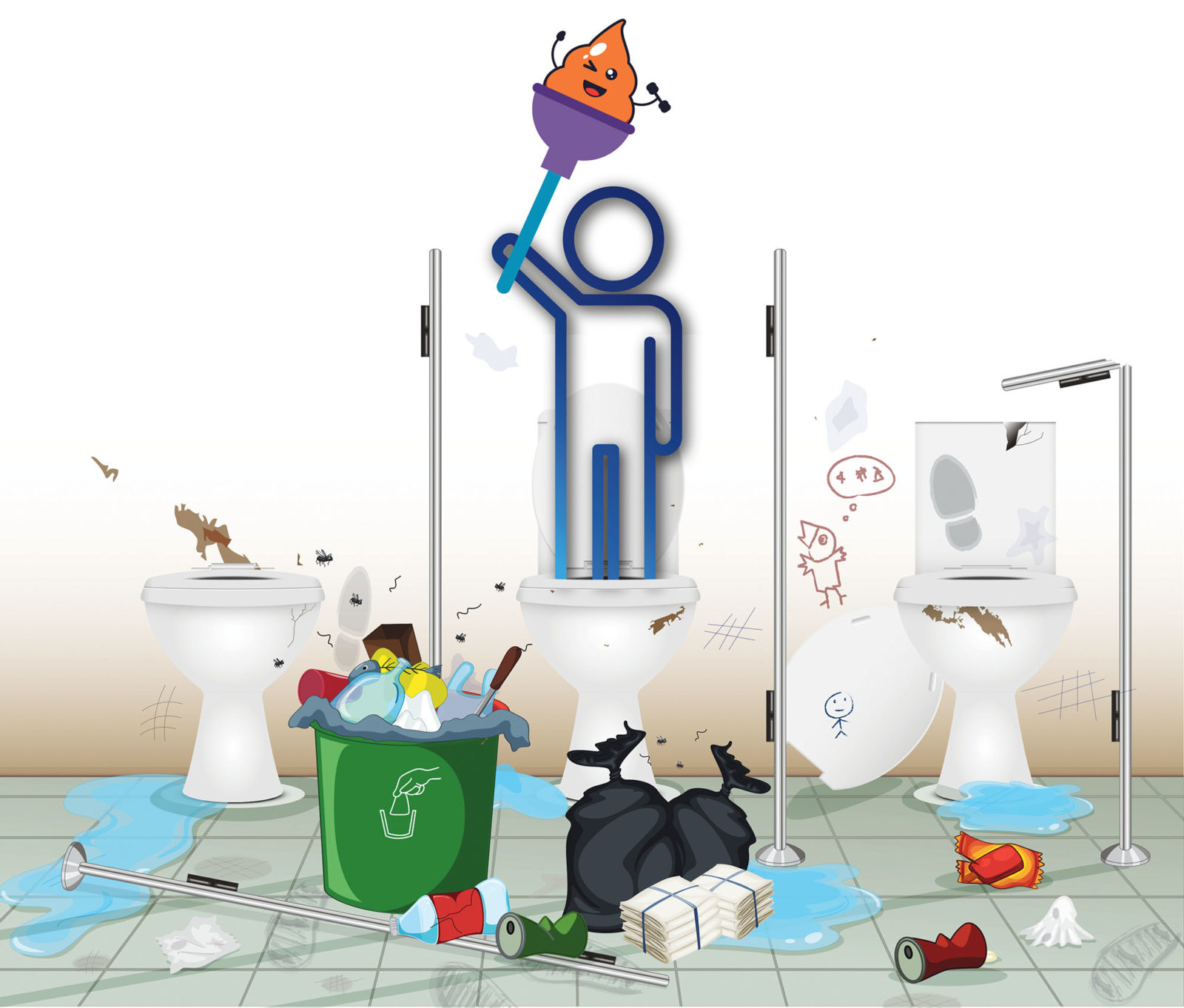 In a competition for the worst, South Africa has ample opportunities to be declared a world-class African winner.

I was reading the website of Radio Free Europe the other day, and, okay, I know it’s probably funded by the CIA and designed to make Russia look silly, but I have a great interest in daily life in the Third World (it builds resilience). There was the most fascinating story about toilets – one that I think holds a few lessons for us here in South Africa.

The international detergent brand Domestos had a competition for Russian schools in which pupils could submit pictures of their school toilets and Domestos would supply detergents to help clean them up.

Yes, it was a competition for the worst school toilets in Russia, not the best. (It even included some that are mere holes in the ground and have been that way since Soviet times.)

How innovative, I thought – a prize for worstness rather than bestness. We could do with more of those.

Make it a global competition, and let different countries compete – South Africa would win hands down. Hands with plastic gloves on them, of course.

What happened was that Russian schoolgoers sent in so many pictures of school toilets that were so badly maintained, and in such a state of disrepair and dirtiness, that Domestos decided to award not three but six prizes, and then presumably sent over barrels of detergent.

I don’t know whether they sent teams of cleaners to help, too, or whether they expected those poor schoolchildren to do the cleaning themselves, but that’s how the competition played out.

I had to laugh. Imagine if there were such a competition for the worst school toilets in South Africa! We’d have more crappy lavs than shiploads of Domestos could clean up – or maybe they’re not even cleanable by Domestos, so that’d be pointless. For, as we all know, many of our schools don’t even have toilets, just what is politely referred to as “pit latrines”, which is to say a hole in the ground to shit in, which is to say a shithole.

Remember when that failed dictator Donald Trump referred to a whole lot of countries in our hemisphere as “shithole countries”? Well, these, literally, are the shitholes. We have shitholes galore. And potholes. And budget holes.

After all, the most meaningful sign of an advanced civilisation is the state of its sewerage system. Or so some leading commentators think, and I’m willing to go along with that for now. Me, I think civilisation is merely the highest stage of barbarism, but let’s focus on the toilets for now.

Maybe some kind of worstness competition could help sort that out. South Africa has so many opportunities for proclaiming its worstness that I think we’re a world-beater here. Sorry, a world-class African world-beater.

Even if the competition were held only within South Africa, there would be great gains: some municipalities could counter all that negative publicity about their collapsing hospitals and roads, never mind their millions in irregular expenditure, and gain great ego boosts for their office-bearers, by coming out on top in the worstness stakes. And, remember, just to participate is a kind of winning.

Waze or one of those GPS companies could run a competition for who has the worst potholes, offering to help fix them up if the municipalities, or metros, for that matter, are unable to do their well-paid jobs.

So many wonderful pictures of potholes have been displayed on social media – well, it seems small-minded to call them mere potholes when some of them are so big you could drop a RDP house into them and it’d never be seen again.

The Red Cross or some similar NGO, perhaps, or even one of those money-spinning JSE-listed medical aids, could run a competition for worst hospital in South Africa.

Okay, there’s some stiff competition there. Turn aside, for the moment, from the Joburg hospitals that have either half-burned-down or been deprived of water for a few weeks – those are Acts of God, aren’t they? That doesn’t count because fires, floods and so forth are relatively infrequent occurrences in our medical sector.

We’re talking about regular, ongoing decline and decay, ordinary day-to-day decline and decay, the kind that has really settled in for the long haul, and will end only when the hospital itself is an uninhabitable ruin, haunted only by the ghosts of patients who died there unattended. Ghosts holding in their hands not their heads but their colostomy bags.

Hospitals from around the country could send in pictures. Here are our photos, they’d say, of the blood smeared generously on the floors of our emergency departments. Here are our piles of unwashed laundry from the maternity ward – heaps and heaps of blood-soaked, shit-stained sheets! (With a note, perhaps, explaining that that’s why some new mothers have only naked mattresses on their hospital beds, or in some cases have to give birth on the floor. That’s called supplementary evidence.)

They wouldn’t even have to go so far as to send pictures of the toilets – the ones without toilet paper or sanitiser, the ones that haven’t been cleaned in ages because, well, who has the time? Besides, the storeroom is empty of detergents, and we had to house seven patients in there because there was no space in the ward and the corridors are full.

A global governance advisory organisation, or perhaps one of those big firms that help state-owned entities launder money for the Guptas and the ANC’s election campaigns, could sponsor a general prize for worstness in governance.

A prize for worst prison conditions? A prize for most corrupt cops in the land? Most inefficient public service such as the Post Office? Or just perhaps a prize for the sleepiest, least attentive MPs in the oversight committees? The most venal and incompetent provincial premiers?

That’s the kind of thing that I think could do South Africa a lot of good. Let’s turn it around – stop complaining about the shit, and make worstness a form of bestness!

Or perhaps Domestos could just send me a few bottles of detergent and I’ll drink it. DM168