As proud as a Yorkshire pudding 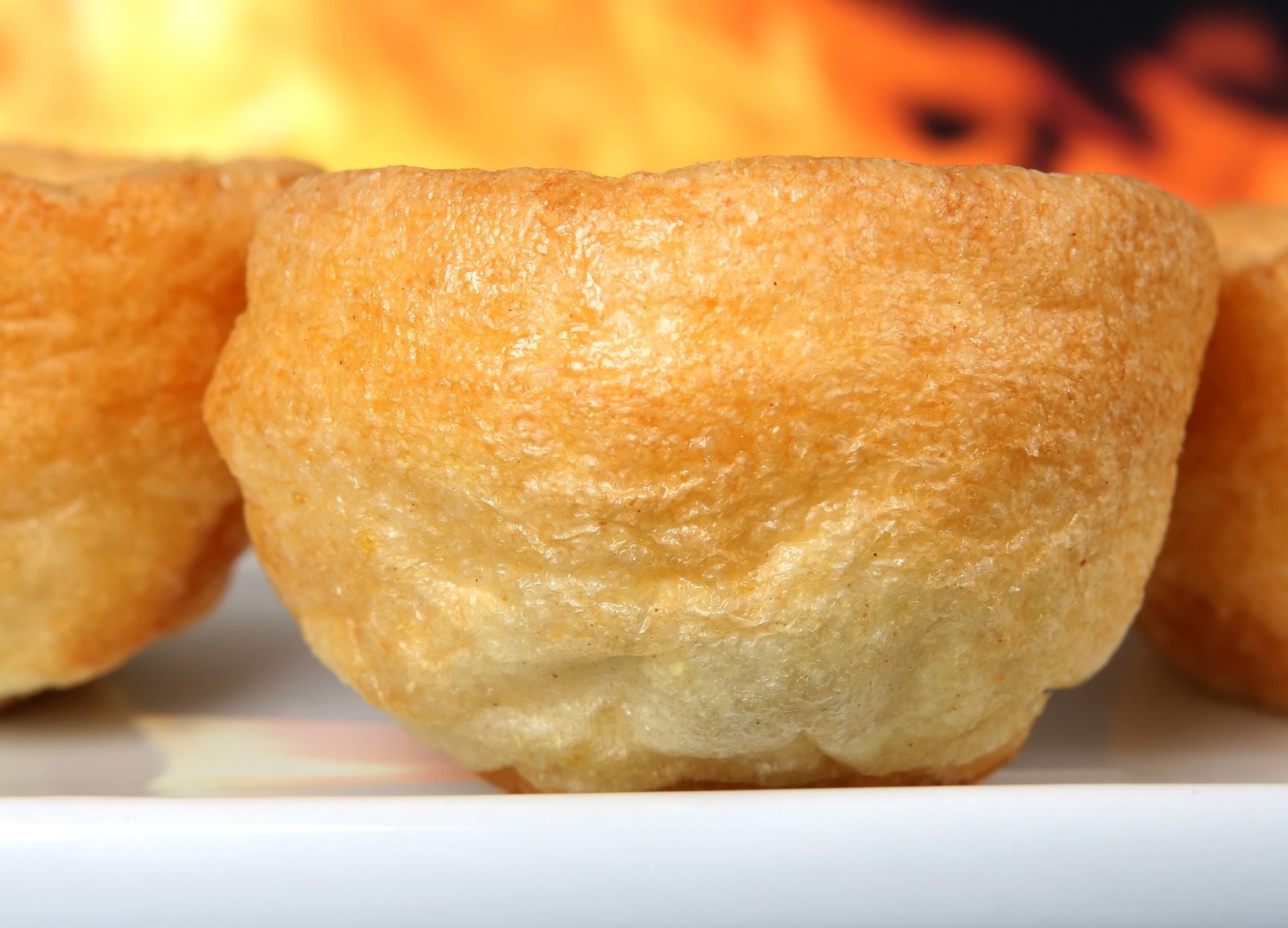 A proper Yorkshire pudding isn’t a mere side dish. It’s more traditionally served filled with gravy before the roast, and can even be the main event.

You don’t go to visit your cousin in West Yorkshire and explain to her how Yorkshire puddings are made. You will get The Look. You don’t want The Look. It’s a Yorkshire look, somewhere between disdain and pity, or affront and contempt. Or a mélange of all of those, with a suspicion of sorrow.

In Yorkshire, on meeting my cousins for the first time when I was 32, the strange South African son of the brother who left for sunny climes, I was served a large, preening – so puffed up that it looked as though it needed to burp – Yorkshire pudding for my “tea”. It was filled with rich, dark brown gravy. And that was it, no roast beef and potatoes in sight. The gravy was not called “jus”, nor had it been made from a packet.

My cousin Molly showed me how to make this great Yorkshire tradition. It was just the way my mom had taught me how to make them, years earlier. Once upon a time, my mother had made them in that very kitchen, in that very house, in Quaker Lane in Liversedge in the county’s West Riding, in the garden of which now, in an unmarked grave, lie the ashes of my mother and father. They had left for southern Africa and my mother had never returned. I had gone to some trouble to bring her ashes, and his, back to the house they had once departed from, even though that meant their remains would be very far away from me. On the rare occasions I can visit, it becomes a pilgrimage to their unmarked joint grave. And whenever I make Yorkshire puddings, it is with a doff of the hat to them, and to my Yorkshire roots.

When, as a lad in southern Africa in the 1960s, we took an annual tour by car of South Africa, we’d stop at hotels overnight. Occasionally there’d be Yorkshire pudding on the menu, served with roast beef. Which my dad would order, then fold his arms and watch the kitchen door, waiting for his meal to be brought out. And look at his plate, arms still folded, and then say, while my mum and I tried not to giggle, “Bar shots! Look at this!”, a flash of disdain, pity, affront, contempt and sorrow crossing his face all at once, and beckon the hapless waiter, who’d be berated for his utter lack of any understanding whatsobloodyever of how a proper Yorkshire pudding should be made. “Bar shots!” is a Yorkshire wail of dissatisfaction mixed with derision, much stronger than a mere “good grief”; more like Dorothy Parker’s “what fresh hell is this?”.

I don’t remember even once being served a proper, utterly lacking in humility Yorkshire pudding in any hotel, ever, and in time I became just as uppity with dining rooms or restaurants that purported to offer it with no evident understanding that a Yorkshire pudding is not a flat, yellowish set savoury custard served in tiny squares.

Do not serve your Yorkshire pudding to a proper Yorkshireman. It will be wrong. DM/TGIFood