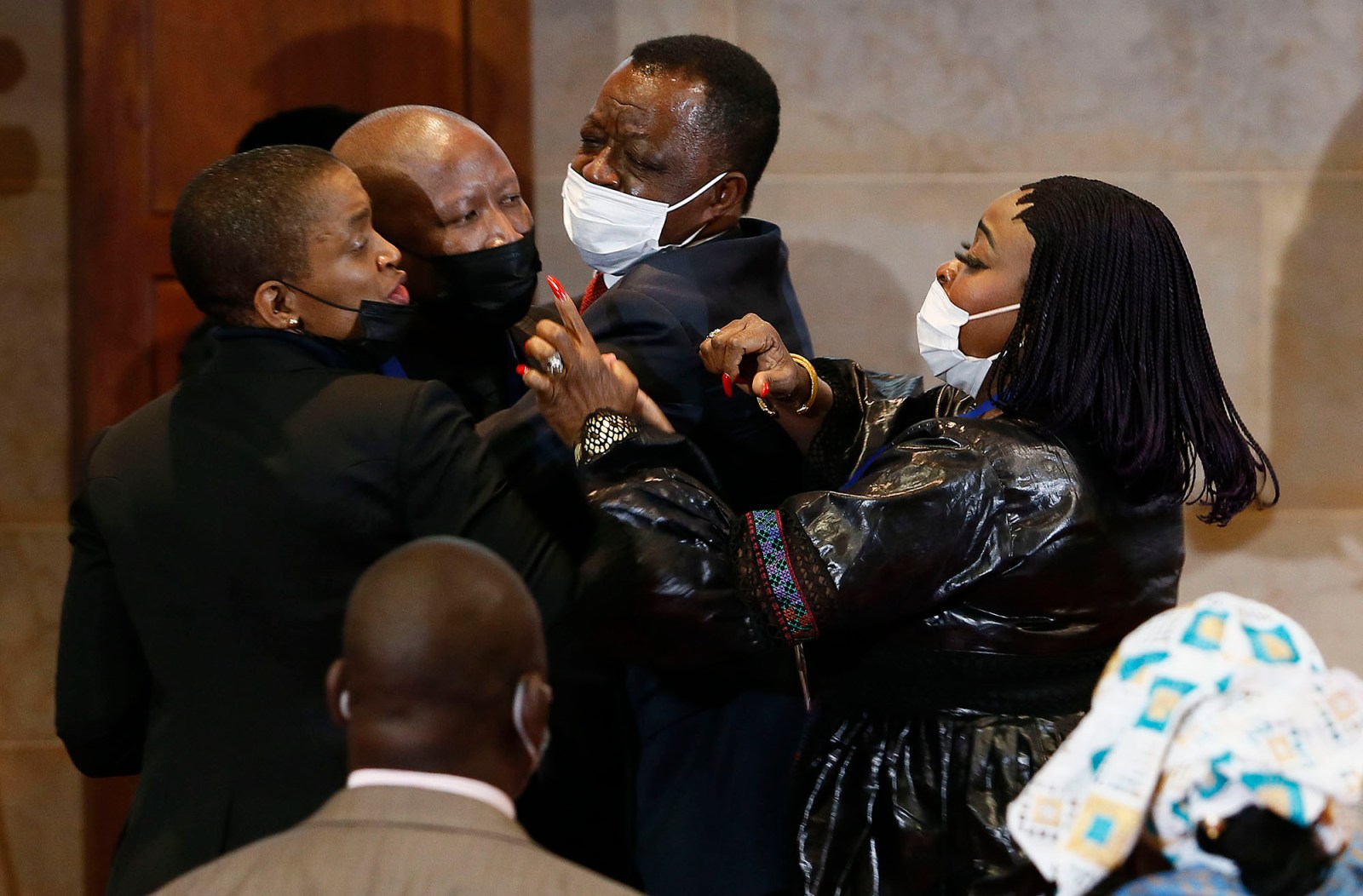 The PAP can only be saved if MPs truly represent African citizens and the African Union gives the continental parliament power.

Chaotic scenes at the Pan-African Parliament (PAP) in Johannesburg last week have prompted a strong reaction from across the continent. African Union (AU) Commission Chairperson Moussa Faki Mahamat called for PAP activities to be suspended until the issues around electing a new PAP president and bureau were settled. The incidents have exposed an institution that, except for recurrent scandals of corruption, has hitherto existed in obscurity.

Many ask whether the PAP is worth maintaining. It costs the AU around $15-million annually and considerable sums to member states whose delegates attend the sittings twice a year. The host country, South Africa, pays for the venue of the PAP’s bi-annual sitting at the Gallagher Estate convention centre.

Parliamentarians shouted and jostled over the principle of regional rotation in the election of the PAP bureau. Accusations pitted Anglophones against Francophones (if such designations exist on a multilingual continent), suggesting that African unity is a false construct.

The behaviour of PAP parliamentarians reflects Africa’s crisis of leadership and governance. The debate about the institution’s utility and whether it should be maintained also exposes fault lines that precede the Organisation of African Unity’s formation. Some favour a gradualist approach to creating effective African institutions; others want more steps to achieving African unity.

The PAP was hailed at its 2004 launch as the beacon of democracy and pan-Africanism. It is the only institution where countries’ opposition political parties have a say in the AU. As the continental body closest to the people, the PAP was initially intended to provide oversight of the AU’s activities and ensure the implementation of its decisions.

The parliament was also meant to provide a forum for discussing continent-wide issues. For example, last month the PAP’s Southern African caucus raised Mozambique’s Cabo Delgado insurgency. This was the first such debate on the crisis by an AU institution.

According to its statutes, each of the AU’s 55 member states should delegate five MPs, at least one of whom should be a woman. This was a progressive decision by the AU’s founding fathers on a continent where gender equality was a long way off and still is in much of Africa.

However, the PAP has since suffered from a lack of legitimacy in the eyes of citizens and the AU Commission in Addis Ababa. On the one hand, African governments (which constitute the AU Assembly — the body that directs the AU Commission) are averse to giving the PAP legislative powers. This reflects a situation in many countries where parliaments seldom play their oversight and legislative role and are often considered a nuisance.

On the other hand, the PAP doesn’t have citizens’ support, as MPs are often there as a result of fraudulent elections. They are appointed to the PAP by national parliaments rather than being directly elected, as is the case with members of the European Parliament.

In 2014 the AU Assembly adopted the Malabo Protocol that would eventually give the PAP some legislative powers. However, only 12 out of a minimum of 28 states has ratified the protocol, preventing it from taking effect. Even then, the Assembly will have the power to determine which areas the PAP will have jurisdiction over.

In many ways, the good intentions of the PAP’s architects have been sabotaged by those serving in it. Nothing illustrates this better than last week’s unfortunate events. MPs resorted to fistfights because, since its inception, the PAP presidency has been occupied by candidates from West, Central and East Africa due to these regions’ numerical advantage. Southern African MPs accused Francophone West and Central Africa of banding together due to their ‘neo-colonial roots’.

This means that a single vote per member state should be replaced by a regional rotation system for PAP presidency — a common practice in most AU institutions. The AU’s executive council also recommended this in 2017.

The Francophone-Anglophone divide is based on a false argument. Since 2004, the PAP’s presidency has been occupied by candidates from East Africa (1), West Africa (1) and Central Africa (2). Two Francophones and two Anglophones have been in the top position. The problem is that Southern and North Africa have never held the presidency.

As the AU celebrates its 20th anniversary next year, it should seriously reflect on its organs’ utility and status. Improving democratic institutions at a national level is the priority in fixing the PAP’s legitimacy crisis.

The continental parliament also needs a drastic overhaul to make it a worthwhile, transparent and efficient institution. This means improving its structure to bring the voting system in line with other AU bodies. The AU Commission should also integrate the PAP into its programmes and events. For example, the parliament hardly ever features on the main agenda of AU summits, and the AU hierarchy routinely snubs PAP meetings.

The AU was created in 2002 and the PAP held its first sitting in 2004, just 17 years ago. These continental bodies are fairly new and should be given a chance to adapt to current realities. The current reform of the AU and its institutions has seen some structures in Addis Ababa merge into one. The AU is also, for the first time, undergoing a long-overdue rigorous auditing process.

Visionary leadership is needed to save the PAP but time is running out. Africa’s youthful population is tired of waiting for dysfunctional governing institutions to improve and deliver on their promises. MPs and the AU should use the suspension of the PAP’s activities to reflect on how the parliament can better serve the continent than through fistfights and insults in front of the cameras. DM