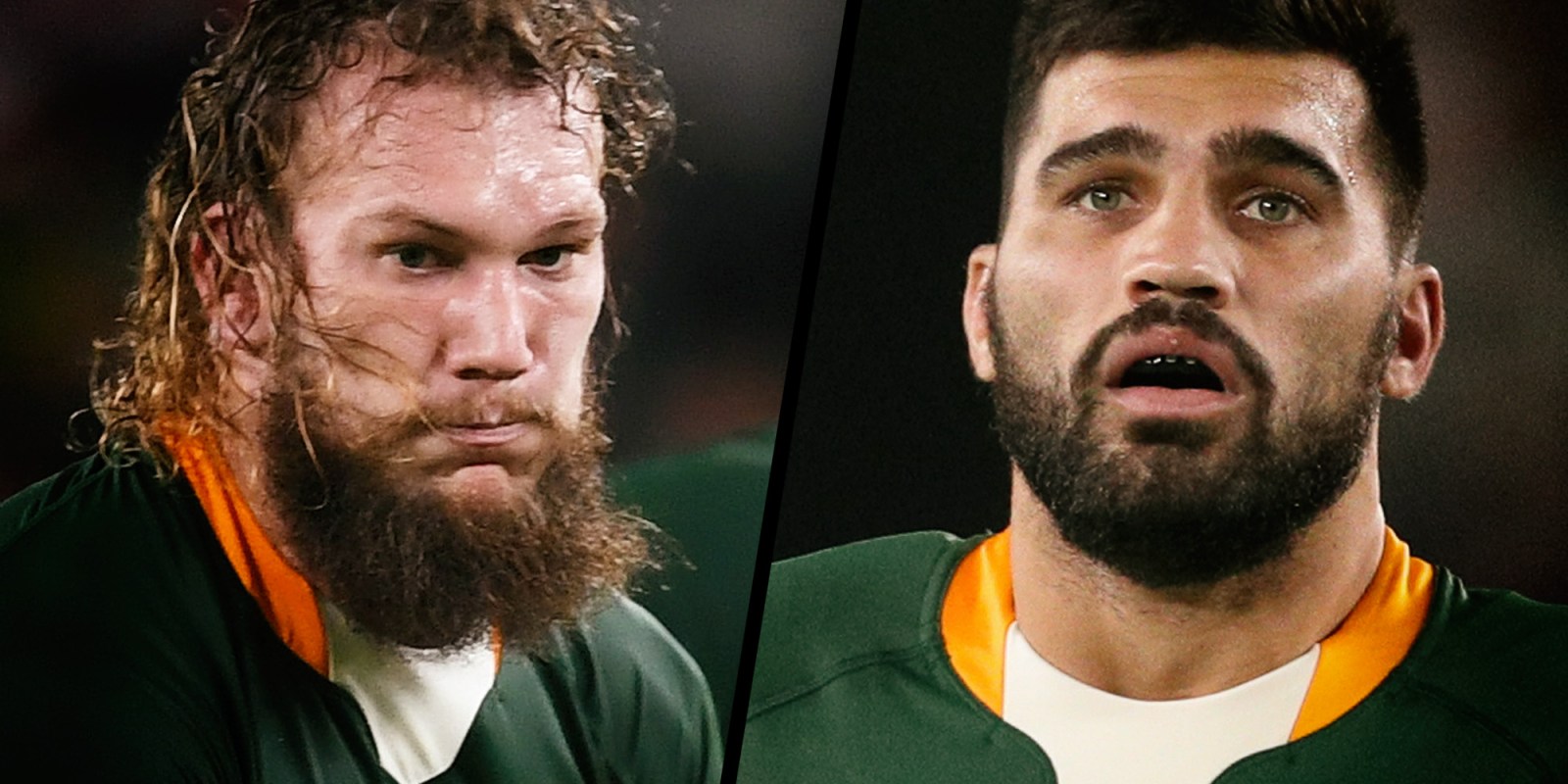 The Springboks have received more potential setbacks after a bizarre incident in Ireland caused injury to Damian de Allende and RG Snyman.

On the day that the Springbok coaching staff were sweating over the results of scans to reveal the full extent of lynchpin Duane Vermeulen’s ankle injury, more bad news filtered back to the camp.

Four players at Irish province Munster suffered burns in a “fire pit accident” at the weekend. Two of those players are Springbok centre Damian de Allende and lock RG Snyman. Both were named in the Bok squad to face the British & Irish Lions next month.

The other two were CJ Stander, the South African-born Ireland and Lions international, and Englishman Mike Haley, who plays fullback for Munster.

According to a statement from the club, the four suffered burns in a “fire pit” incident that left De Allende and Snyman with burns to the hands and face.

“It is expected that Haley and Stander, who sustained burns to their hands, may return to training this week with availability for Friday night’s game reviewed as the week progresses.

“De Allende and Snyman, who sustained more substantial burns to legs, hands and face, will not take part in their respective training and rehabilitation programmes and will meet a specialist again later in the week.

“On Saturday, the pair were named in Jacques Nienaber’s Springbok squad for the upcoming Lions series and are expected to link up with the squad on completion of their provincial programmes.”

Munster head coach Johann van Graan, who is also a former Springbok assistant coach, added: “We are hugely relieved that the lads are all okay. The players have all been treated and are being well looked after, with Damian and RG meeting the specialist again later this week to review next steps of their recovery.”

There were no more details from Munster and no explanation of the nature of the fire pit, or the circumstances of the incident, which was severe enough to burn at least four adult men.

The Springbok management were also left with more questions than answers.

“We are fully aware of the situation and will comment once we have a clear understanding of the impact on our planning,” a Springboks spokesperson told Daily Maverick.

There is also no clarity on whether the injuries to the two Springboks has put their participation in the Lions series in doubt.

To add to the growing concerns, there was no official word on Vermeulen’s condition, which raises suspicion that the outcome was not as positive as hoped.

Not the first fire incident involving a Munster player

While the details of this incident remain sketchy, it’s not the first time a prominent Munster player has been involved in a nasty fire incident.

In 2002, Ireland and Munster prop Peter Clohessy suffered burns after a home bonfire exploded out of control and scorched his arm just days after his 54th and last Test appearance, which was against France.

“I am lucky to be alive after my horrible experience. I was burning rubbish when there was a loud explosion and the flames burned my arm and the side of my face,” Clohessy told the BBC at the time.

“I rolled around the garden to extinguish the flames but by then they had burned into my skin. I don’t know what exploded in the fire but there may have been an aerosol can in it. But there was an almighty bang and I am lucky to be alive to tell the tale.