Failure to fix increasing number of pit latrines in Lim... 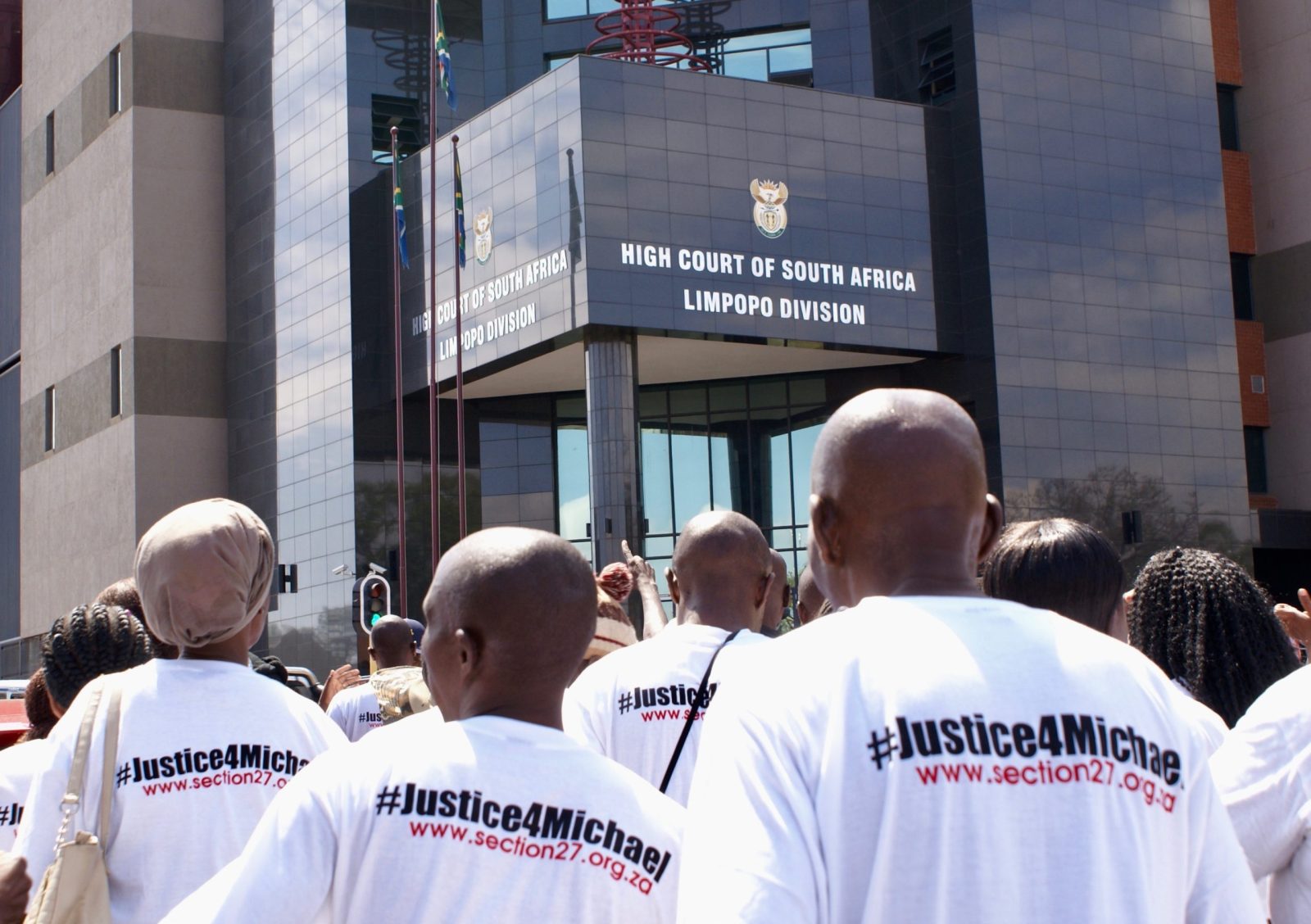 People protested in 2017 outside the high court in Polokwane in support of the Komape family after their five-year-old son drowned in a pit latrine. (Archive photo: Ciaran Ryan)

Equal Education (EE) has described as “outrageous” that the Limpopo Department of Education continues to neglect its responsibilities to eradicate pit latrines at schools. This comes after long and arduous litigation against the department. The department has been castigated by the courts.

EE now wants the Limpopo high court to appoint a “special master” to oversee the urgent implementation of a plan to ensure learners have access to safe and dignified toilets.

EE has reported to the court what it says is a woeful response by education officials to a structural interdict granted in 2018. The court had put government on terms to report back on progress on the rollout of proper sanitation; to conduct a comprehensive audit of sanitation needs, detailing the names and locations of all schools with pit toilets in the province; and to provide a comprehensive plan for the installation of new toilets.

Back in 2014, five-year-old Michael Komape drowned in a pit latrine on his second day in Grade R when a dilapidated structure caved in. Komape’s family was awarded R1.4-million in damages. Earlier this year, SECTION27, which led that litigation, said, “We are demanding that the education authorities craft a plan for the eradication of pit latrines that is coherent and meets their obligations to realise the right to basic education immediately.”

EE says the court order also applies to schools with dangerous and insufficient numbers of toilets. “They [the department] assert that the order does not extend to schools without pit latrines, even if those schools have dangerous and or insufficient number of learner toilets. They say they are not required to demolish or cordon off pit latrines that are not in use. We say they are wrong. The nature of the order was crafted to, in substance, ensure that every school in the province has adequate and safe toilets.”

The department had estimated the cost of replacing pit latrines with Enviro Loos at about R1.6-billion and that it would take 14 years, from 2018 to 2031.

EE says this cost needs to be interrogated because it appeared to be “unjustified and recklessly inflated”, and that “the plan does not appear to recognise the urgency with which we must rectify the deep and dangerous infrastructural inequalities in our country”.

In their written argument, the Minister of Basic Education and the Limpopo education MEC, say “the plan is not a perfect solution but it offers a practical solution. It should be apparent that we are doing our best and there has been substantial compliance with the structural order.”

They say they have “constrained resources” and the appointment of a special master would be financially unsustainable and would divert money away from the eradication programme.

The provision of sanitation was also a “moving target” because enrolment in schools was fluid.

If, however, the court found that the plan was lacking, an appropriate order would be to direct them to furnish six-monthly progress reports, they argued.

A date for the matter to be heard in court is still to be set. DM