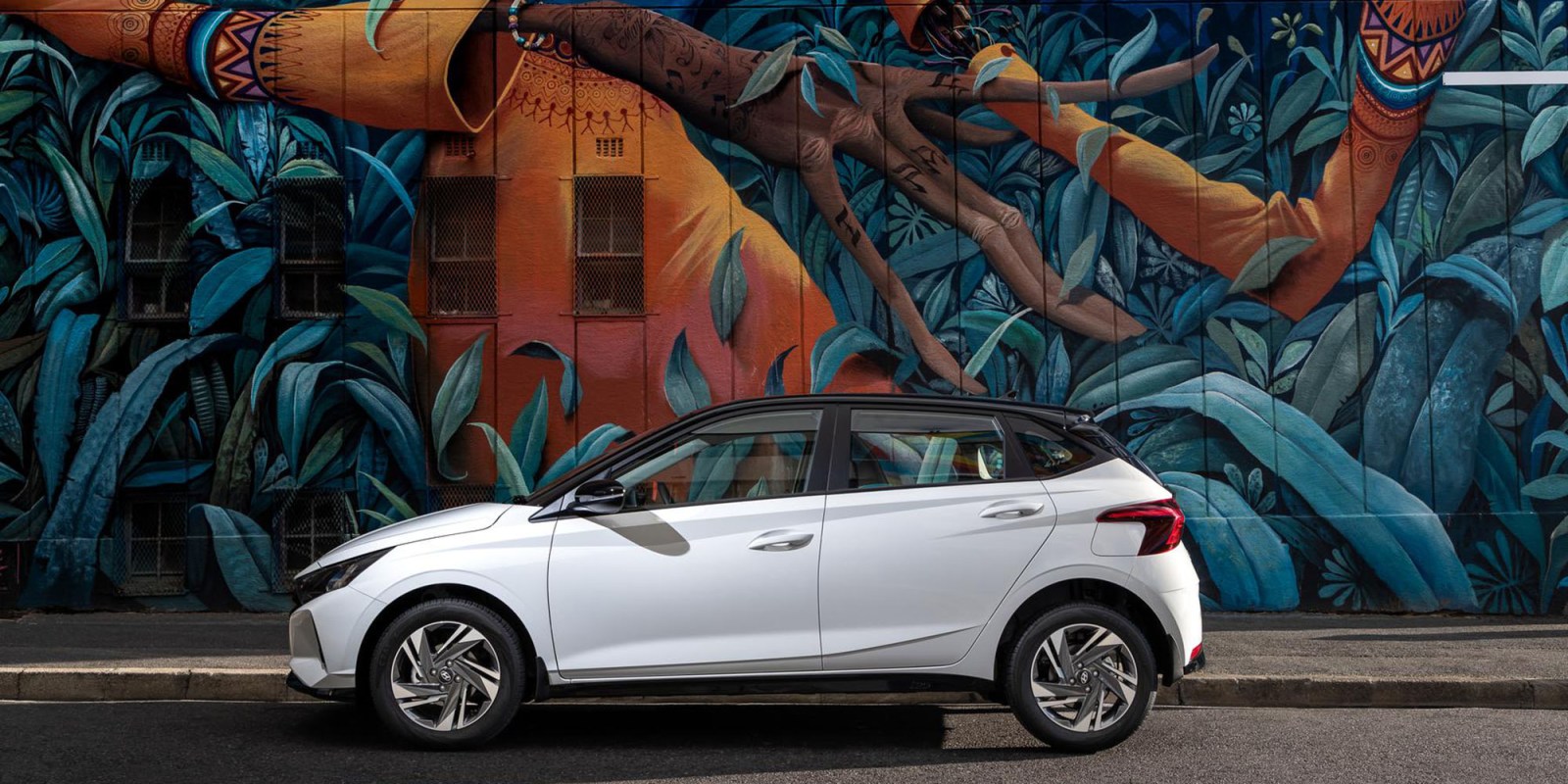 The B-segment hatchback market accounts for 40% of the local passenger car market. Can Hyundai’s new i20 gobble some of VW’s Polo pie?

It takes some chutzpah for a car brand to take on a vehicle that’s been unopposed for more than a decade as one of the best-selling passenger vehicles in the country. That’s what Hyundai SA intends to do with the recent launch of its five-door hatchback — the 3rd generation, all-new Hyundai i20.

At the press briefing, the marketing team made no bones about their desire to see their latest offering take a sizeable slice of the Polo pie. With the budget-friendly Polo Vivo the only passenger vehicle that really gives its big bro, the Polo, a run for its money, and with VW having regularly sold in the region of 2,000 units a month of its prize Polo before the dreaded Covid-19 pandemic, the South Korean brand can only be lauded for its audacity.

Even during motoring’s annus horribilis, the straight Polo sold 16,335 units in 2020 as opposed to Hyundai’s i20 which managed a far more modest 5,277 cars. However, since it was launched locally back in 2009, the i20 has netted sales, totalling a very respectable 106,712 units.

Globally, despite the pandemic’s disastrous effects on world economies, in 2020 the Hyundai Company sold 3.7 million Hyundais and 2.6 million Kia vehicles, putting it right up there with the world’s bestselling manufacturers.

Besides, it’s high time someone tries to really take on those Germans and there is no doubt that the new i20 is a worthy rival. And let’s face it, the outgoing i20, launched in 2015, was definitely due for a whole new approach when you look at the swag of some of its present rivals — think the new Peugeot 208, the Kia Rio (and of course that VW Polo).

I’ve keenly watched the evolution of the Hyundai brand over the past decade, attracting some of the finest designers in the world to enhance its appeal. Peter Schreyer was snatched from Audi and the VW Group by the other South Korean powerhouse, Kia, back in 2006. The Hyundai Group owns a sizeable chunk of Kia and Schreyer’s influence as the group’s Head of Design Management has made both Kia and Hyundai brands to be reckoned with. (Schreyer is perhaps best known for creating the iconic Audi TT.) But it’s really been over the past couple of years that Hyundai hit the design sweet spot, hiring Belgian-born Luc Donckerwolke in 2016 after luring him from the VW Group — are you starting to see a pattern here? — where he’d worked as chief designer for Lamborghini, SEAT and Bentley. Under his watch at VW, he made magic, his designs including the Lamborghini Murciélago and the current Bentley Continental GT.

He was the man who took over from Schreyer as global chief designer (Schreyer is now president and chief design officer (CDO) of the Hyundai Motor Group) — until things went a little pear-shaped for Hyundai during the pandemic. In April 2020, Donckerwolke downed tools and took a long leave of absence from the company, citing “personal reasons” for his sudden departure.

He’d created a whole new radical design language for the South Korean brand, dubbed “Sensuous Sportiness”, in collaboration with Hyundai’s other wunderkind, SangYup Lee, who is now senior vice president and head of Hyundai Global Design Centre. (According to Hyundai, Sensuous Sportiness is defined by “the harmony between four fundamental elements in vehicle design: proportion, architecture, styling, and technology”.)

The gap that Donckerwolke left in the design room was serious — he had been at the creative helm of the new premium luxury sedan, the Genesis G80, the new Hyundai Tucson, the futuristic electric Hyundai Prophecy EV concept and the Genesis Essentia, launched back in 2018 at the New York Auto Show — another concept dream car that’s rumoured to be powered via a hydrogen fuel cell.

Hyundai honchos must have breathed a huge sigh of relief when Donckerwolke decided to rejoin the company in November 2020, after an absence of more than six months. He returned with a new title as chief creative officer (CCO) and head of design communications for the Hyundai Group, but he no longer has to work in Seoul and is now located at Hyundai Motor Europe’s Technical Centre in Rüsselsheim, Germany.

Hyundai has clearly thrown enormous resources at design development to stand out when it comes to making a visual impact. On local soil, the new “Sensuous Sportiness” directive can be seen in the exquisite recently launched Sante Fe SUV and of course, the brand new five-door hatch, i20. And it may be on looks alone that the i20 will put a few spokes in the Polo’s alloys.

With sharper edges, a lower roofline and a much wider stance, the new i20 has grown in length to accommodate 88mm more rear passenger legroom and 40mm more shoulder room than the previous generation. Increased boot space comes in at just over 312 litres and the new i20 now has a handy ground clearance of 170mm — the highest in its class.

But the big news is the introduction of an all-new engine. At the top of the range of its 3-choice offering, sits the 90 kW 1.0-litre turbocharged three-cylinder prince that’s available as a six-speed manual or seven-speed dual-clutch auto. I got to drive both derivatives in top-of-the-range Fluid trim on a scenic route between Somerset West and the surrounds of Hermanus and found the drive surprisingly feisty and powerful in both derivatives. (When I initially saw the numbers of 89.5 kW and 171.6 Nm I wasn’t expecting much.) Due to the turbocharge there is substantial power to overtake and get to speed.

I was particularly taken up with the cabin which is premium-looking with attractive contouring and very little of the cheap plastic often seen in this segment. The tech is savvy — Android Auto, Apple CarPlay and Bluetooth compatible which will appeal to that young, image-conscious Polo-competing crowd, especially with the Fluid’s subtle interior lighting which offers a choice of 25 colours, thanks to new blue LED ambient light technology. This is something I have rarely experienced in this price range.

Safety-wise, the new i20 has been built with a reinforced body structure. There are six airbags in the top of the trim Fluid derivatives and driver and front passenger airbags in the Motion variants. Expect an ABS Electronic Brake-force Distribution (EBD) and Isofix latches for child seats as standard across the range.

A concern of mine is that ESP (electronic stability programme) is not part of the mix. This is a safety system incorporating computerised tech that improves the vehicle’s stability by detecting when the car loses traction and corrects slipping or skidding. A number of competitors in the B-segment, including the new Peugeot 208 and the Kia Rio, offer this superior safety. (The i20 has also not yet received a Euro NCAP crash assessment due to pandemic-related delays.)

So will the new i20 cause the VW Polo sleepless nights? I’m not entirely convinced diehard VW fans are ready to change their pony, but if any hatchback can cause a dent in the Polo’s dominance, my bet is on Hyundai’s very worthy new i20. DM