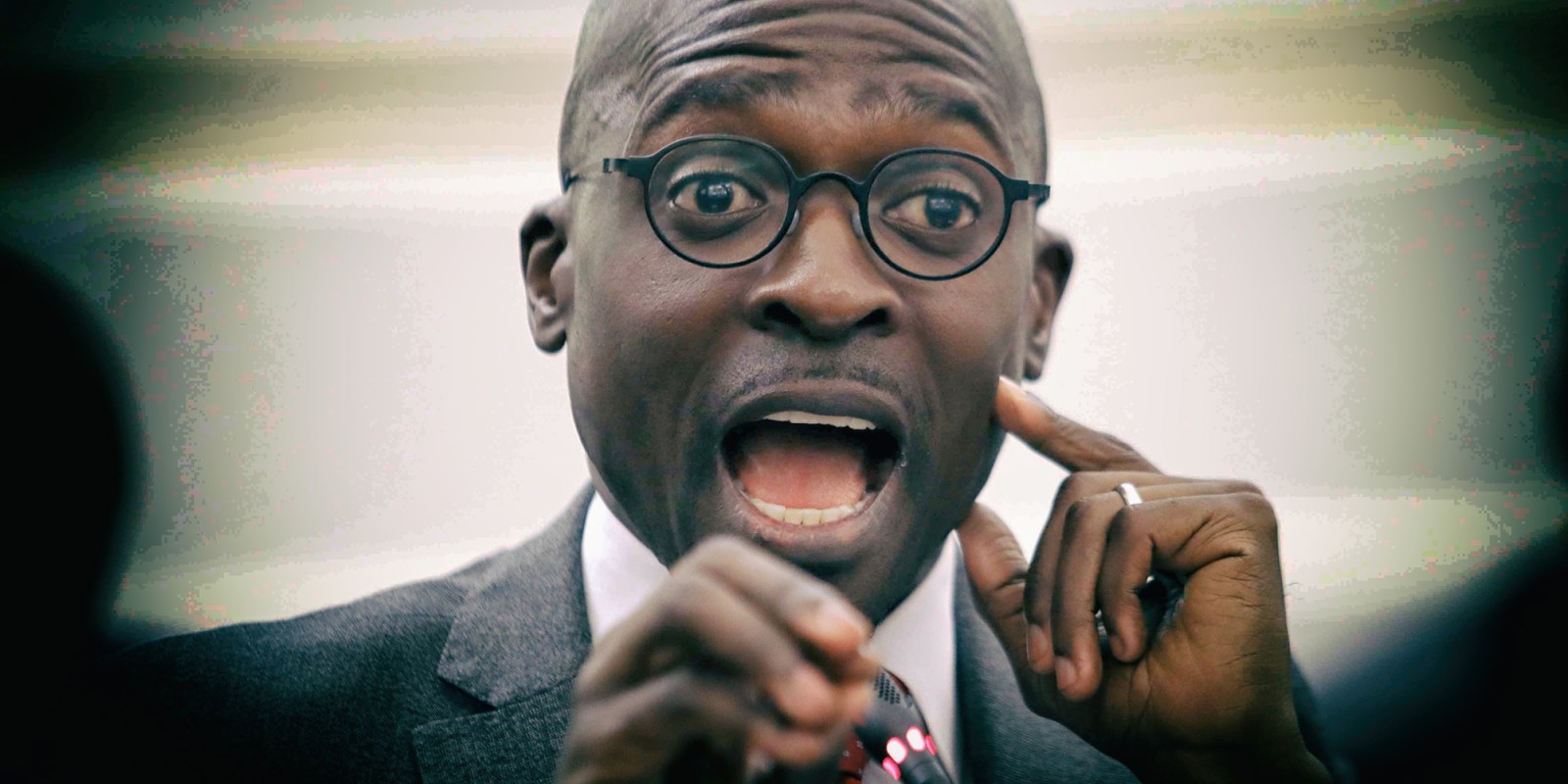 The unexpected appearance was that of former finance minister Malusi Gigaba. But it’s not surprising, given Gigaba’s own dilemmas.

Jacob Zuma’s court appearances usually attract a mixed bag of misfits, political speculators, opportunists and the usual hangers-on. His latest appearance at the Pietermaritzburg High Court on Wednesday, 26 May, was no different.

But it is worth noting that, unlike the crowd that gathered on the last court date on 17 May, Wednesday’s gathering was much bigger – in size as well as the range of ANC leaders standing beside Zuma. The stage was literally larger than the last one: a concert-type setup decked with a flowing image of Zuma and mounted speakers. This time it seemed the Zuma support machinery was better organised than on 17 May.

Zuma was in court for his long-running fraud, corruption, tax evasion and racketeering case – in relation to the alleged R500,000 bribe that his former financial advisor, Schabir Shaik, negotiated on Zuma’s behalf.

As expected, there at the court were the usual faces: suspended ANC Secretary-General Ace Magashule, former North West premier Supra Mahumapelo, and the uMkhonto weSizwe Veterans’ Association’s Carl Niehaus. Also in attendance were KwaZulu-Natal provincial ANC leaders, chairman and Premier Sihle Zikalala and provincial secretary Mdumiseni Ntuli – in line with their in-principle support of Zuma as a former ANC leader.

The unexpected appearance was that of former finance minister Malusi Gigaba. But it’s not surprising, given Gigaba’s own dilemmas. His estranged wife Norma Mngoma has been singing like a canary at the State Capture Commission, painting a picture of a spendthrift Gigaba who lived off the largesse of the corrupt Gupta family and owns a sickening 200 suits. It is only a matter of time before law enforcement agencies begin to circle around Gigaba, and he knows this.

To align himself with Zuma is calculated to build his own base. He needs political support.

Yet, also, looking up at the stage in Pietermaritzburg, one could see that it was the platform to set in motion the campaign for the ANC’s 54th Congress in 2022. No, Zuma is not looking for a comeback as party president. His time is done. Rather, for the figures gathered around the courthouse, Zuma is their battering ram in the campaign to unseat Ramaphosa next year.

While the rest of us had fixed our eyes on what Zuma and Magashule are doing, Gigaba has been quietly sanitising his political CV and mending his ways with the Zuma supporters.

They are still bitter about the 2018 interview he gave to international news channel CNN, in which he called on Zuma to “do the right thing” and resign as president of SA.

Last week, Gigaba gave an interview to Independent Newspapers in Durban, in which he sought to adjust the record about that 2018 interview. He suggested that his then position as finance minister made it difficult for him to defend Zuma, but he also intimated that he may have been pressured into doing the CNN interview.

But, more importantly, said Gigaba, he and Zuma have smoked the peace pipe and the former president understands his explanation. On Wednesday afternoon, after Zuma’s court appearance, Gigaba was seen in pictures laughing and smiling with Zuma and former South African Airways board chairperson, the embattled Dudu Myeni, who was in conflict this past week with the Zondo Commission about her appearance there.

If Mngoma’s testimony is anything to go by, Gigaba loathed Myeni and her bullying tactics when he was the minister of public enterprises. But the happy snaps should hardly be surprising. This is politics. There are no permanent foes.

And why would the former finance minister need to explain himself only three years later to Zuma, when Zuma is not even that much of a political factor any more? Well, Gigaba has been in the political wilderness and is now working on rebuilding his political career. He also needs political backup if he is to stave off the law enforcement agencies.

More importantly, though, the anti-Ramaphosa grouping has no candidate strong enough to stand against the president next year. It must be remembered that, before his spectacular fall from grace, Gigaba was once seen as a possible future president of SA. He had the right credentials, having been the longest-serving president of the ANC Youth League, and was seen as a rising star in the ANC. He served as a deputy minister in the Mbeki years, before being made a full minister under Zuma, serving in the important portfolios of home affairs, public enterprises and finance.

He’s looking to make a comeback, and he won’t be the only one. When Zuma returns to court on 19 July, we must expect an even bigger crowd. Any­one who is in the political wilderness will try to ride the Zuma wave, and so the coalition for the next conference will be formed along those lines. DM168