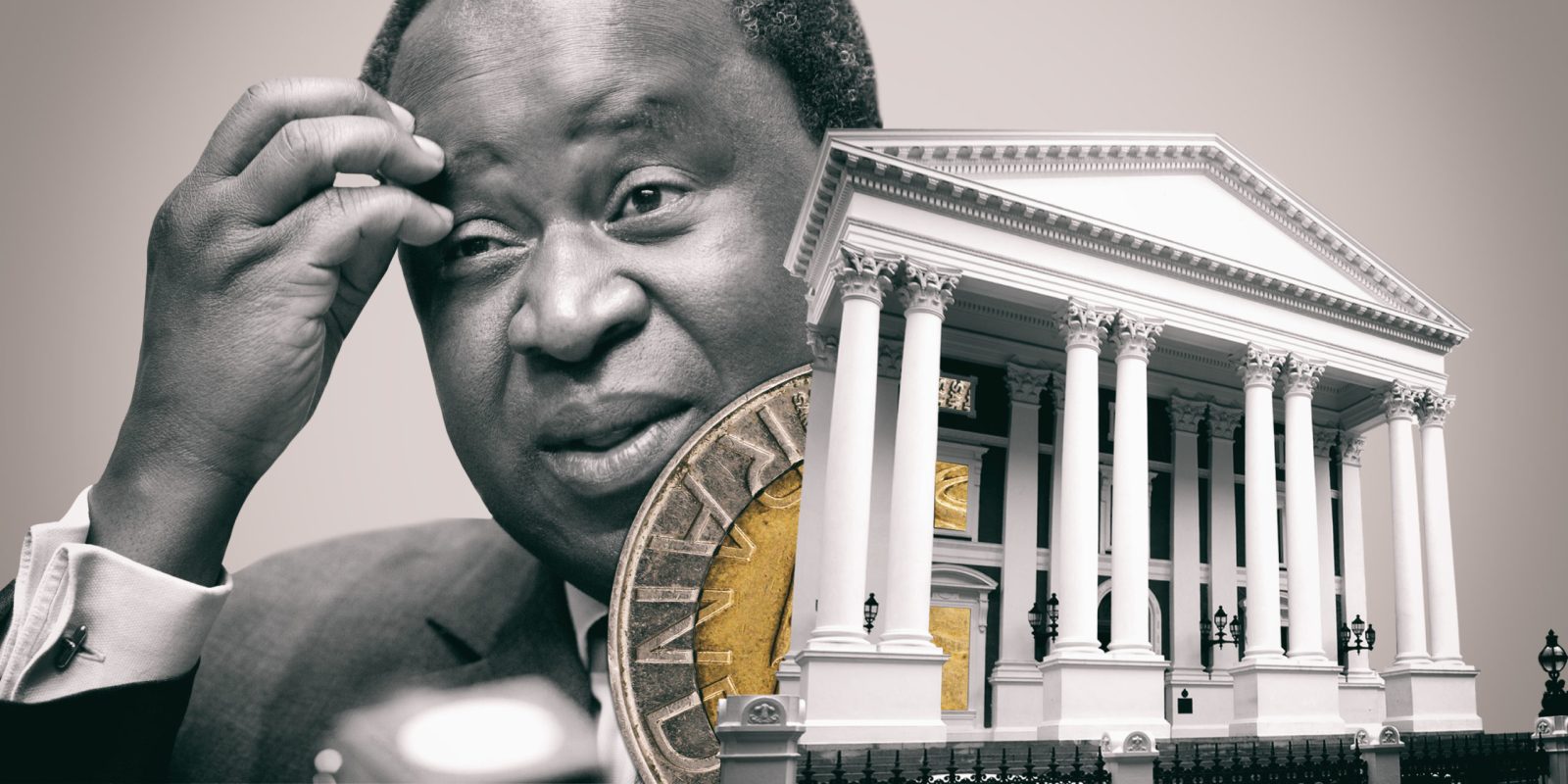 A disparate approach to South Africa’s economy emerged across the economic cluster budget votes delivered in Parliament. That’s despite ministers talking of accelerating progress in the Economic Reconstruction and Recovery Plan.

The devil is, as always, in the details. Ministers and officials can talk about coordination – and even establish so-called bottleneck-breaking special units in the highest executive office – but still splutter on delivery, as has emerged in recent budget votes, or spending and policy plans.

The 2021 budget vote ministerial speeches did not reflect such a concerted, coordinated approach. Never mind all the talk about master plans from the departments of trade and industry, communications, transport, water and sanitation, and others.

Much has been staked on expanding Durban Harbour through a public-private partnership, as emerged during the presidential visit there in April. The R100-billion needed must be nailed down before the Port of Durban Master Plan can realise its expansion.

“There is a need to align the TNPA [Transnet National Ports Authority] pricing methodologies to those of port regulation for competitiveness and efficiencies of the terminal operators,” said Public Enterprises Minister Pravin Gordhan in his 25 May budget vote speech.

The harbours in Cape Town, Gqeberha and Coega also require investment to overcome delays and capacity constraints. But Public Works and Infrastructure will focus on the development of 12 small fishing harbours, according to Minister Patricia de Lille’s budget vote speech on 25 May.

Exports, although not necessarily through harbours, were key to Trade, Industry and Competition Minister Ebrahim Patel’s 18 May budget vote. Alongside localisation and boosting investment, exports are part of his department’s “future strategic focus, based on deeper integration of our efforts to galvanise inclusive growth and build local industrial capacity”.

The government set a 20% localisation target valued at R200-billion over the next five years in non-petroleum sectors. Research that Business Unity South Africa commissioned from the consultancy Intellidex showed that while import substitution was a positive policy direction, it needed flexibility and the right conditions, such as capacity, clear demand pipelines, and pricing. Not all sectors have this.

For Patel, master plans are central to South Africa’s economic reconstruction and recovery. From three last year to six in 2021, these master plans led to, inter alia, an additional one million chickens produced and lower sugar imports.

Much-promised – all the way back to Ramaphosa’s first February 2018 State of the Nation Address – but yet to be delivered is the spectrum auction.

It’s crucial for the digital migration – South Africa missed the global mid-2015 deadline to move from analogue to digital broadcast technology  – and also to free up spectrum for greater broadband roll-out.

Without the spectrum auction, Communications Minister Stella Ndabeni-Abrahams’ digital economy master plan remains elusive – even if the minister prioritised it in her 18 May budget vote for “tech-enabled opportunities that drive inclusiveness, employment and economic transformation”.

But for a 17-word reference to litigation hampering “our determination to rebuild our economy”, no one would know the spectrum auction has stalled, again.

In March, Telkom and e.tv obtained an interdict against the regulator, Icasa, after successfully arguing the process was flawed.

That court interdict has become a convenient escape from responsibility for officialdom, but this overlooks that the reason for legal proceedings arises from how the spectrum auction was framed, from ministerial policy directive to officialdom’s implementation.

That additional electricity into the strained grid prone to Eskom-triggered rolling power outages is needed is agreed, as is the just transition from coal. It’s just the when, how and other details that remain fudgy, and depend on who does the talking.

Gordhan was clear that the just transition was happening. And his budget vote speech said Eskom was doing its bit here and for independent power producers, while getting itself into a better state of financial health.

“In an alternative universe, one would immediately eliminate fossil fuel-generated energy such as coal and petroleum. However, this is not our reality, our reality is that we have vast reserves of coal and petroleum resources which we continue to exploit,” he said in his budget vote speech on 18 May.

Public Enterprises missed an opportunity to give clarity on a solution for Eskom’s long-term debt – this remains one of the biggest threats to South Africa’s economy – and the funding of an eventual just energy transition.

Perhaps this was not surprising, given the rumours that Eskom will move from Gordhan’s to Mantashe’s portfolio.

Meanwhile, on the money front of electricity, debt owed to Eskom is R45.1-billion, 78% of it by municipalities, said Gordhan.

Sometimes ministers held back on talking, for instance on the outcomes of state-owned entities (SOEs) reform, in deference to the president. After all, Ramaphosa chairs the SOE Council, among others, including the Presidential Infrastructure Coordination Council and the President’s Coordinating Council with mayors and MECs.

Municipalities also owe R12.6-billion for water as of March 2021. That’s according to Human Settlements, Water and Sanitation Minister Lindiwe Sisulu’s 24 May budget vote speech. She said that, “about 41% of our municipal water is non-revenue, which means water is not being billed or paid for”.

None of this would have been apparent from the budget vote speech of Cooperative Governance Minister Nkosazana Dlamini Zuma, who’s in charge of local government matters – and the implementation of the District Development Model to coordinate planning and implementation – alongside the State of Disaster that has now continued, uninterrupted, for 14 months.

“Ultimately, we intend to transform the economic landscape and ownership patterns in the districts. This we will achieve through creating a new crop of black industrialists who will be at the forefront of creating local jobs and economic development,” said Dlamini Zuma in her 13 May budget vote speech, referencing “the skills revolution” and “unlocking economic value chains”.

Dlamini Zuma is on public record as saying that municipal finance matters are for the National Treasury, not her. But across budget votes of the economic cluster the silence was resounding on dealing with debt and financial instability, never mind factional politicking.

It was left to Finance Minister Tito Mboweni, who used his 20 May budget vote speech to highlight how municipalities had failed to play the catalytic role expected from them as the coalface of service delivery. Among South Africa’s 257 councils, 163 are in financial distress and 40 in financial and service delivery crisis, while 102 have adopted budgets they cannot fund.

“Poor political leadership, demonstrated by political infighting in councils and political interference in administrative matters, has served as a stumbling block to a viable municipal sector,” said Mboweni.

“We can’t speak of economic recovery and prosperity when municipalities, as agents responsible for helping government achieve these objectives, find themselves in a perpetual crisis.”

Regardless of the Economic Reconstruction and Recovery Plan, the budget votes indicated how ministers are kicking for touch on their responsibilities as governance over the past two years has been marked by two trends – Cabinet collectivism even on governance minutiae like anniversary programmes, and increasing centralisation in the Presidency.

One increasingly important structure is Operation Vulindlela, the cooperative effort between the Presidency and National Treasury to unblock bottlenecks in implementation and regulatory reform across ministries and government.

Another is the Investment and Infrastructure Office in the Presidency that Kosientsho Ramokgopa heads to push the implementation of an ambitious R1-trillion infrastructure programme, also the responsibility of De Lille who’s drafting the National Infrastructure Plan 2045 to reach Cabinet in June 2021.

And then there is the Project Management Office headed by Rudi Dicks, also in the Presidency, to coordinate and fast-track job creation and employment, a brief that traverses the public employment and community work programmes under various ministries.

Sometimes ministers held back on talking, for instance on the outcomes of state-owned entities (SOEs) reform, in deference to the president. After all, Ramaphosa chairs the SOE Council, among others, including the Presidential Infrastructure Coordination Council and the President’s Coordinating Council with mayors and MECs.

All that indicates reluctance, if not officialdom’s incapacity, to act to coordinate South Africa’s economic recovery. Staying in one’s lane is much safer. But, unlike action, talk is just talk. DM