Millions, billions, gazillions: How much did we waste o...

Millions, billions, gazillions: How much did we waste on Zuma’s legal fees while our country was burning? 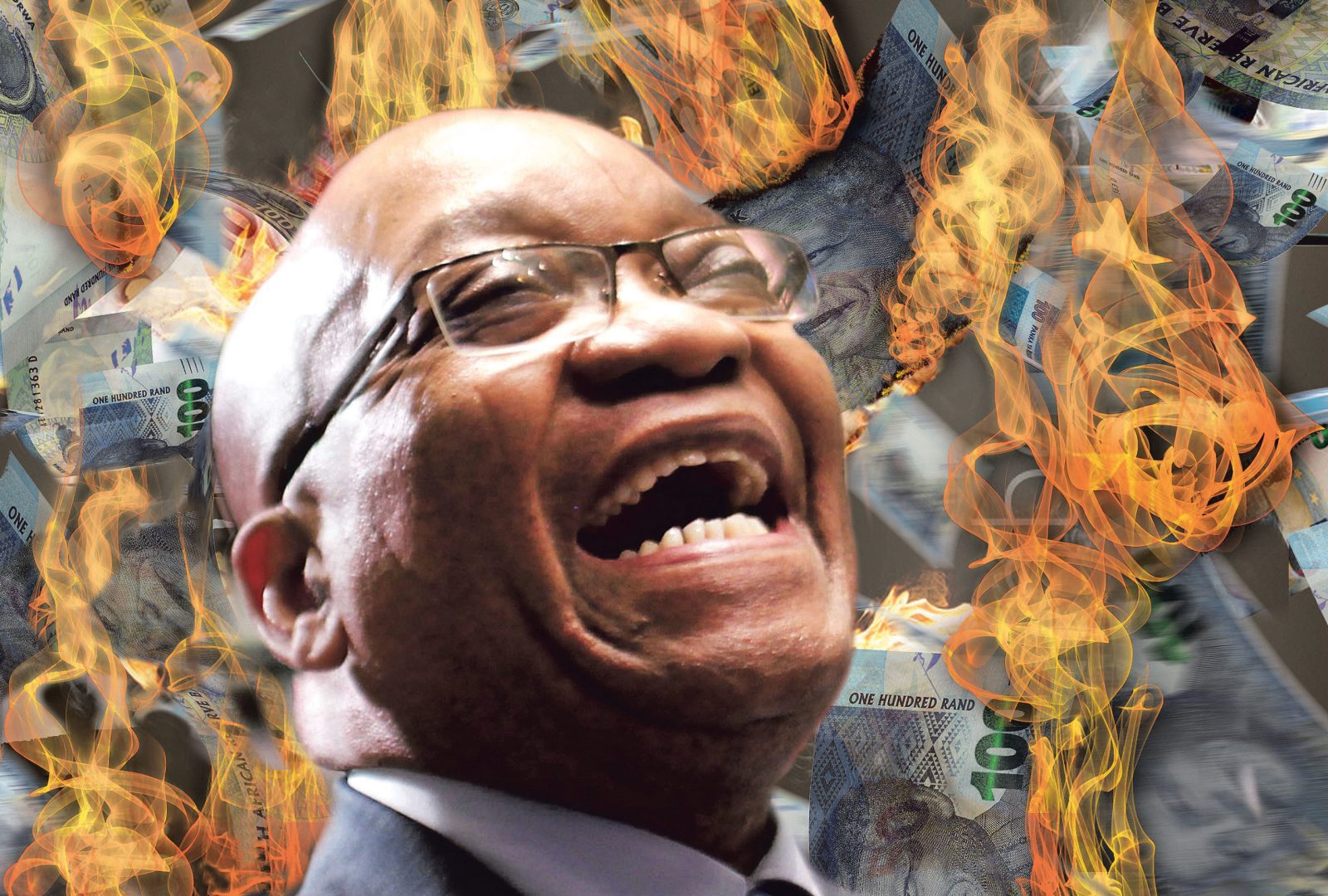 It’s a classic Zuma numbers problem: there’s an inconsistency of something like eleventy million in the amount he owes the state attorney, who paid his legal fees for at least a decade.

No one knows how much public money has been spent on legal matters involving former President Jacob Zuma in his private capacity. In disclosures to Parliament and in court papers by the Office of the State Attorney and the presidency on Zuma’s legal costs, varying amounts are given. They differ by as much as R11-million.

The state attorney’s office conceded in court that it could not find all of Zuma’s costs records. (The office is being investigated for fraud and corruption by the Special Investigating Unit.)

A Supreme Court of Appeal ruling on the costs found that they are “shrouded in secrecy”.

It is known how Zuma abused a “blank cheque” handed to him by his predecessor, Thabo Mbeki, for which no written agreement exists. It gave Zuma access to state resources for more than a decade to fight his private legal battles.

Opposition parties pushed for the release of the figures in parliamentary questions and civil court action. In October 2017, in response to a DA question, President Cyril Ramaphosa told Parliament the costs were R15.3-million for the period 2005 to 2016.

Yet, according to two civil litigation judgments in cases brought by the DA and the EFF in December 2018 in the North Gauteng High Court and the SCA in April 2021, Zuma racked up personal legal fees and cost orders of at least R25-million.

Zuma was president from 2009 to 2018, but the state was still, theoretically, paying his legal fees until April this year, when the SCA confirmed the high court order that this was “unlawful, unconstitutional and invalid”. The cost of opposing this litigation has yet to be quantified.

The presidency said in the high court that it had taken a long time to compile the costs information because “several state attorneys were involved over the years”. The costs provided were only what it was “able to locate”.

The SCA upheld the high court order that the state attorney “compile a full and complete accounting of all the legal costs … incurred by Mr Zuma in his personal capacity”.

The SCA said: “It now emerges that the State Attorney paid all of Mr Zuma’s legal costs; that is, Hulley Inc’s fees [Michael Hulley, Zuma’s then attorney] and disbursements including counsel’s fees, as well as the costs of his opponents when so ordered…” The judgment lists costs totalling R24.9-million, in these cases:

“(b) unsuccessfully seeking to set aside a request for co-operation from Mauritian authorities made in April 2007 (R4 791 437);

“(d) unsuccessfully opposing the DA’s review of the 2009 decision to discontinue the prosecution (approximately R7.8 million)”.

Zuma’s new attorney, Mondli Thusini, did not respond to questions from DM168 to clarify if his client intended to or had petitioned the Constitutional Court on the SCA judgment. The ConCourt would not say if it had received such a petition. It could prolong the costs matter even further.

Zuma relied on the state attorney’s coffers to pay various private lawyers as well as two senior and two junior counsel for his cases.

The Office of the State Attorney is responsible for settling all legal fees accrued in defending the state, and then recovers them from the departments. In Zuma’s case, the money would have been recovered from the Office of the Presidency.

The state first paid Zuma’s fees when it footed a bill of R1,020,930.41 for a watching brief and legal advice in 2005, when Zuma’s former financial adviser Schabir Shaik was tried and found guilty of fraud and corruption.

The high court judgment found that Zuma, through his privately instructed attorneys, made six requests for state funding as far back as March 2004, which were granted.

When Zuma requested assistance in September 2005, the presidency’s then chief operations officer, Trevor Fowler, asked Zuma for a repayment agreement. It was drafted but never signed.

Fowler also stipulated that costs should be reduced by instructing “one senior and one junior counsel at the most cost-effective rates”. Zuma routinely hired two of each.

Two requests on record, submitted by Hulley, ask for “legal assistance at the State’s expense in a criminal case in which [Zuma was] accused of two counts of corruption”. In both cases, Zuma undertook “to refund the State Attorney all costs … should the court find that [he] acted in [his] personal capacity and own interests in the commission of alleged offences”.

The SCA judgment said it is primarily because the DA brought the review application, which took almost seven years to finalise “owing in large measure to a range of procedural challenges by Mr Zuma and the [National Director of Public Prosecutions]” from when it was launched in April 2009, that South Africans now “know of the scale and extent of the funding”.

“On any reckoning those payments lacked any proper legal basis,” wrote Judge Visvanathan Ponnan for the SCA. Ponnan pointed out that Zuma was cited in his personal capacity.

He said that “drawing on state resources to obstruct or delay a prosecution, subverts the Government’s (and the public’s) interest”, and that a repayment order would “remedy the abuse of public resources; vindicate the rule of law; and, reaffirm the constitutional principles of accountability and transparency, especially by a former incumbent of the highest office in the land”.

Zuma’s application for leave to appeal claims the court gave “more weight” to the interests of the political parties involved than to his constitutional rights – and that the court was biased. He said he had “become accustomed to its trend of punishing me with costs all the time”.

Zuma’s trial in the Pietermaritzburg high court has been postponed to 26 May. He is accused of receiving 791 payments worth R4.1-million between 1995 and 2004 from Shaik and Shaik’s companies, to protect French arms manufacturer Thales (accused number two) from investigation in relation to the 1999 arms deal.

The National Prosecuting Authority and the Justice Department had not responded to DM168’s requests for a breakdown and update of the tally by the time of publication. It is understood no one has a definite number, partly because hourly prosecutor rates are hard to quantify. DM168