We must deal with the State Security Agency, once and for all 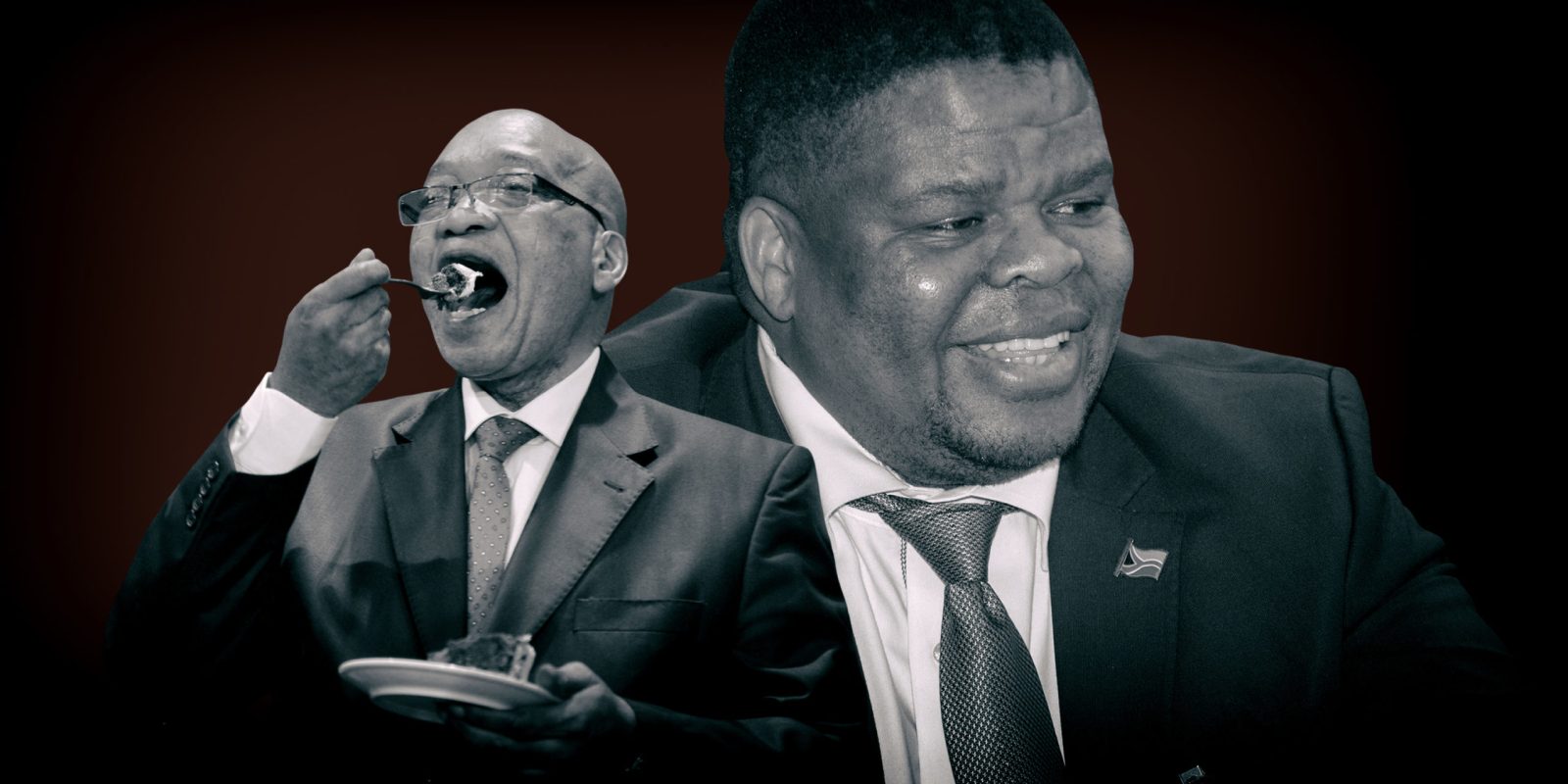 There is an inescapable fact that permeates all totalitarian regimes of the 20th century, this near-total reliance on a secret security apparatus that is controlled exclusively by the top elites.

One of the defining events of the 20th century was the 1917 October Revolution in Russia (which actually happened on the night of 7 November). Led by Vladimir Ilyich Ulyanov, better known as Lenin, Russian communists took over a country of mostly landless peasants and the aristocrats who had kept it in the clutches of poverty for many centuries.

Russia was not ready to become a communist empire, but it was soon forced into it. Lenin’s Bolshevik party was extraordinarily skilled in keeping its ranks tight, and rebuffing the challenges to its domination by all enemies, often supported by external imperial forces.

One of the crucial dynamics in this massive, tragic and messy history was the rise to the top of the Bolshevik power pyramid of one Joseph Vissarionovich Jughashvili, also known as Stalin. As Lenin lay slowly dying for almost a year (1923-24) after suffering his third stroke, Stalin began dominating the party. He became general secretary in 1922, against Lenin’s wishes – Lenin had favoured Leon Trotsky. After Lenin’s death, Stalin consolidated his power quickly and came to dominate the biggest country in human history in a brutal way that was unmatched in its cold-blooded calculus.

Stalin was always a brilliant and violent criminal mind (see: ‘1907 Tiflis bank robbery’ for his early work), but he could not have achieved his takeover of a country as chaotic as the Soviet Union in those days on his own. He had important help, and control, of the most terrifying bunch of them all: the All-Russian Extraordinary Commission, better known as the Cheka, which in 1934 became part of the NKVD, which later, in 1954 (after Stalin’s death in 1953), was distilled into the best-known institution of them all, the KGB.

The Cheka was the first of the Bolsheviks’ many secret enforcement organisations and, under Stalin’s control, committed unspeakable crimes. Its official duty was to protect the people, the revolution and the state, but it was in reality a blunt tool of Stalin’s rule, whose most important job was to keep the big boss in power for life. Stalin’s opponents were tortured and murdered, their families punished by a smorgasbord of measures, from plain beatings to jails and banishments.

Even Stalin’s own lieutenants, the very people who were overseeing the entire grisly empire, like Genrikh Yagoda who ran the NKVD from 1934-36, met the bullet after a show trial. Yagoda’s wife was shot dead, his sister, too. His parents could not save themselves either, even after they pleaded with Stalin in a letter disowning “our only surviving son”.

It was an inhumane regime that shaped the 20th century for millions. It was so callous that even talking about the most horrifying mistakes by the Soviet party, the tragedies such as Holodomor, which caused the deaths by starvation of anything between three and seven million Ukranians, was banned. Injustice? What injustice?

There is an inescapable fact that permeates all totalitarian regimes of the 20th century, like those in Germany and China: this near-total reliance on a secret security apparatus that is controlled exclusively by the top elites. Call them secret police, state security, crime intelligence, they killed millions, and brought misery to hundreds of millions. Their secret counterparts in democratic states, such as the CIA, terrorised countries in their sphere of influence, organising coup attempts and violent takeovers that the world is still paying for (see: Cuba, Iran, Chile, Vietnam, Cambodia, Nicaragua and so many more).

Whenever there was something “secret” in the definition, it was up to no good.

Which brings me back to the South Africa of our time, and our woes that are being aired so pungently at the Zondo Commission. For nine years we had a president who spent his formative ANC days serving as the intelligence chief. While in fear of ending up in jail, he was placed in control of SA’s entire security apparatus.

What could have possibly gone wrong?

We now know that a lot could, and did, go wrong. We know Zuma subjugated SA’s entire security cluster to keep him in power and out of jail, with the exception of Robert McBride at the Independent Police Investigative Directorate. (Another, though different, mistake was to allow the appointment of Thuli Madonsela as Public Protector.)

Being a true Soviet student, even that was not enough. Zuma established an entire, separate KZN-based machine, run by his personal henchman, Thulani Dlomo (currently AWOL), whose job it was to watch Zuma’s back even more closely.

Forgive me for being stupid, but what does the SSA have to do with fighting internal issues such as freedom of the press, freedom of organisation and gathering? Freedom to speak truth to power?

I don’t know about you, but my understanding of democracy is that presidents have no business protecting their personal interests in such a way, with our money.

Going back to the State Security Agency (SSA), the only qualifying criteria that mattered was devotion to Zuma and the security of his tenure. The fact that they should be serving SA and not one man got lost somewhere in this heavy translation. And there was a price to pay: the security kingsmen went wild on spending – easy when everything can be classified as classified. (Daily Maverick covered some of those affairs at length – just type Marianne Thamm and Principal Agent Network into your browser and plunge in.) Conveniently, Parliament failed in its oversight duty, and Faith Radebe’s light touch as Inspector-General of Intelligence sometimes helped to turn the security services into a poisonous den of incompetent thieves.

They were not there to protect us; they were there to protect Zuma, his political project to repurpose the state, and the criminals who were his accomplices. They were involved in post-Marikana efforts; they worked hard on gathering dirt on Zuma’s opponents. Zuma’s devoted minister of security, David Mahlobo (he of the Wealth of Russia image on his WhatsApp profile), declared NGOs and civil society enemies of the state. The SSA even paid Iqbal Survé’s African News Agency about R20-million for publishing positive news about Africa and some nebulous “training”. No deliverables were ever made public.

There are just so many examples like these. Forgive me for being stupid, but what does the SSA have to do with fighting internal issues such as freedom of the press, freedom of organisation and gathering? Freedom to speak truth to power?

It looks alarmingly certain that SA’s security setup is designed to consider all these fundamental freedoms as anathema to their existence.

So when I watch all the testimony at the Zondo Commission that exposes such death-defying denial of our democracy’s basic principles, when I see Mahlobo scream “it’s classified” to anything that moves, I must repeat the question we asked long ago: Why do we have a taxpayer-funded security organisation that turned its back on every agreed-upon tenet of its existence?

We asked for the Hawks to be disbanded and started anew. We were not proven wrong – they are still not delivering.

We asked the same of the SSA. Same result.

How many times will we have to repeat the mistake of not directly dealing with cancer in the heart of our democracy?

Close the SSA and start afresh. There is no other way. DM168