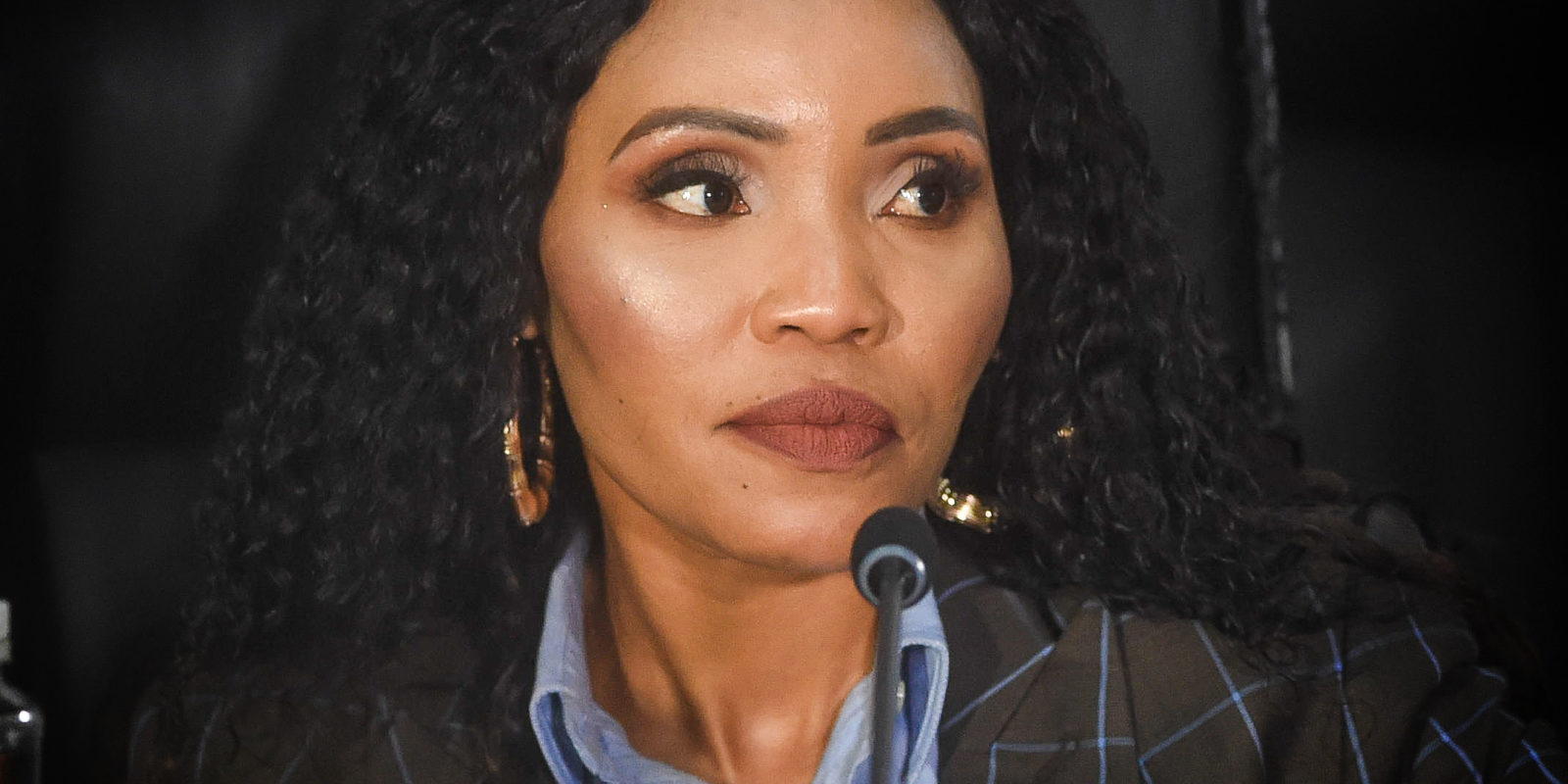 Norma Mngoma, the wife of former Cabinet minister Malusi Gigaba, had to abruptly halt her explosive testimony to the Zondo Commission after a ‘security threat’ was reported.

Malusi Gigaba’s estranged wife, Norma Mngoma, was whisked to safety by the SAPS on Thursday night and when contacted later by Daily Maverick said, “I can’t say much. I am still in shock and shaking, but I am with the police.”

The area was saturated with police at about 8pm after the threat alert and Mngoma was escorted from the venue by senior officials.

About two hours into her testimony explaining how she had witnessed her husband transferring cash he had received from Ajay Gupta into a safe in his home office, evidence leader Anton Myburgh interrupted proceedings.

Mngoma was setting out how she and her estranged husband would go shopping in Sandton or have facials and how he put cash into a leather bag.

“DCJ [Deputy Chief Justice],” Myburgh suddenly interrupted, “I have been told we have to adjourn very urgently. It is apparently a protection-related issue.”

Zondo immediately adjourned the hearing until Friday morning when Mngoma will return.

She posted a short clip on Instagram of a convoy of SAPS vehicles with blaring sirens escorting her from the Zondo Commission’s chambers in Braamfontein, Johannesburg.

“Situation right now, when I said the truth will come out one day, this is part of it… for now I want to thank the SAPS for protecting me. I can’t say much about what happened, but I want to assure everyone I’m in safe hands.”

Daily Maverick has learnt that the commission was alerted by police that “an unknown person” and “two suspicious motor vehicles” had been seen cruising around the offices of the commission. The black Range Rover and white BMW had no number plates. DM