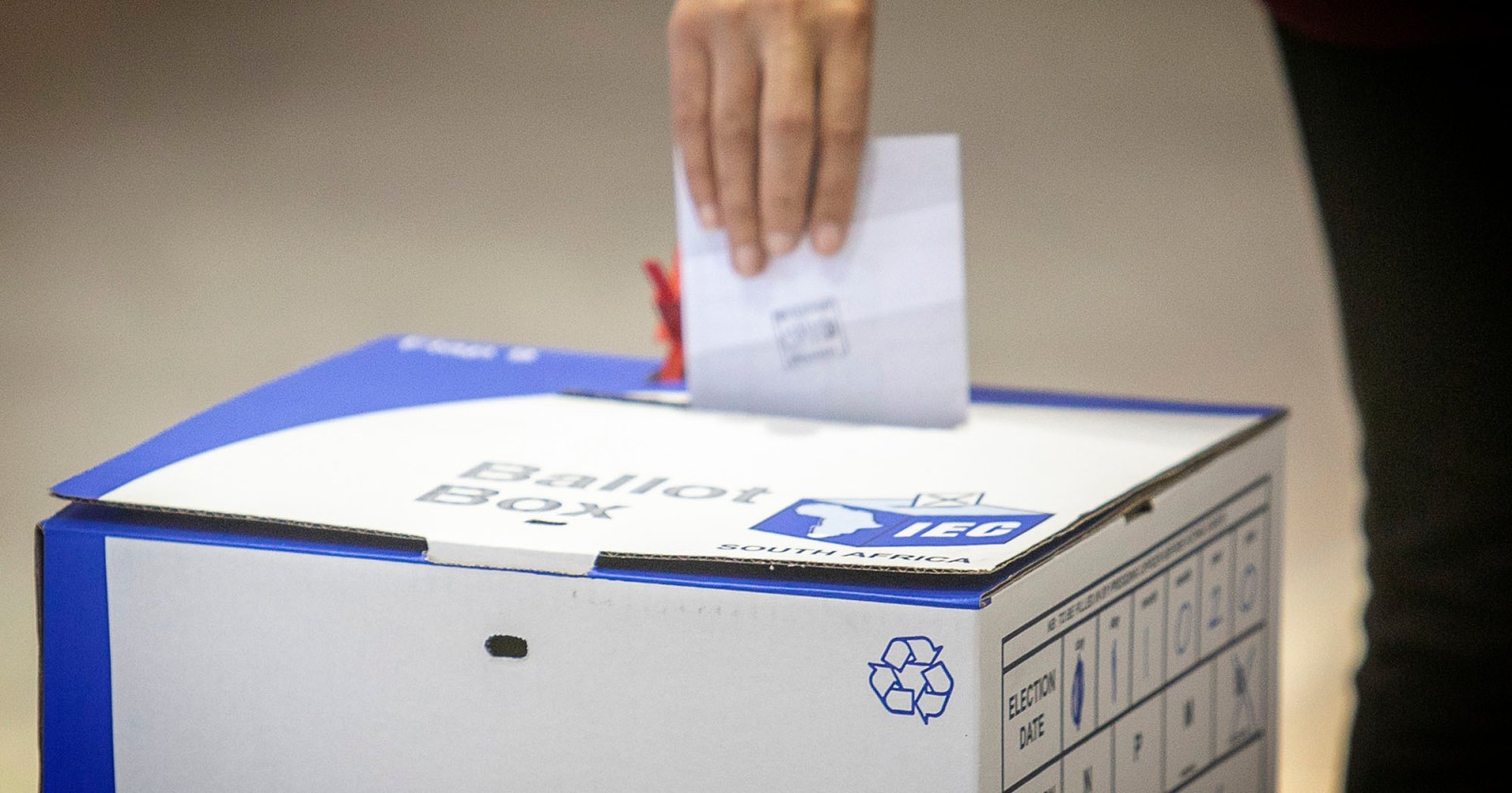 There will be seven by-elections taking place in KwaZulu-Natal on Wednesday 19 May. (Photo: Gallo Images/Jacques Stander)

This is part of a series of preview articles looking at municipal government wards being contested in by-elections on 19 May.

There are seven by-elections taking place in KwaZulu-Natal on Wednesday 19 May. The African National Congress (ANC) will be defending five seats, while the Inkatha Freedom Party (IFP) and Democratic Alliance (DA) will be defending one seat each.

The ANC shocked the IFP in a rural seat in Maphumulo in the iLembe District of KwaZulu-Natal in the last round of by-elections. It was not all smooth sailing for the ANC as the party lost ground to the Economic Freedom Fighters (EFF) in an eThekwini by-election and in two wards in its southern KwaZulu-Natal stronghold.

These by-elections will give us more insight into what the current KZN political trends tell us about what will transpire during the 2021 Local Government Elections.

Ward 110 is a sprawling ward north of Durban. The ANC gets most of its support in Mount Moriah, Voca Hills and the KwaMashu part of the ward, while the DA relies on Sunningdale and the voting district which includes Glen Anil and Glen Hills.

The DA were unlikely victors in Ward 110 in 2016. The ward favours the ANC, but a former ANC councillor Bongumusa Dludla ran as an independent in 2016, splitting the ANC vote and allowing the DA to beat the ANC by more than 580 votes. It was a different story on the proportional representation (PR) ballot where the ANC won 48% of the vote, compared to the DA’s 42%. The margin was close on 650 votes on that ballot.

The by-election is due to the former DA councillor Pete Graham resigning from the council and defecting to ActionSA. Graham and ActionSA are not contesting this by-election. While the DA lost a councillor, the ANC gained Bongumusa Dludla. Dludla re-joined the ANC and was chosen as the party’s candidate for the by-election.

The DA will need a big turnout deferential in their strongholds and also hope the EFF continues to eat into the ANC’s big majorities in Voca Hills and Mount Moriah to have any chance of retaining the ward. In 2019, the ANC received 1,700 more votes than the DA in the voting districts which make up the ward. The EFF’s percentage vote share in the ward grew from 2% to 10%.

Other parties contesting the by-election are the IFP, local party Minorities of South Africa, regional party, Justice and Employment Party and the National Freedom Party (NFP).

The King Cetshwayo District is centred on the port town of Richards Bay. It includes towns such as Nkandla, Melmoth and Eshowe. It is north of Durban. It is a competitive district, where the ANC control three of the local municipalities and the IFP the remaining two. The ANC is most dominant in the uMhlathuze municipality (Richards Bay). uMhlathuze is also the most populous municipality in the district. All three by-elections in the district are in uMhlathuze. All three by-elections are due to the previous ward councillors passing away.

Ward 15 is centred on the Esikhawini township south of Richards Bay. The ANC had an easy win here in 2016 and will aim to do the same again. In 2019, the ANC lost some ground to the EFF who finished second in the ward when one considers the provincial ballot making up Ward 15. The ANC received 73% support here in 2019, with the EFF finishing second on 13%. The IFP held steady at 9%.

The ANC, EFF, IFP and provincial party Abantu Batho Congress (ABC) are on the ballot here. It will be interesting to see whether the ABC can beat the IFP for third place.

Ward 22 also falls in the Esikhawini township, south of Richards Bay. Of the three uMhalthuze by-elections, this is the ward where the IFP enjoys the most support. In 2019, the ANC and the IFP lost support to the EFF as the ANC finished with 69% of the vote, the IFP 15% and the EFF garnering 11% of the vote. The EFF will hope to finish runner up in Ward 22 in the by-election.

The ANC, IFP and EFF are the contestants in Ward 22.

Ward 30 is south of Richards Bay, near the R102 regional road. It is close to the main campus of the University of Zululand. The ANC lost ground to both the IFP and the EFF during the 2019 provincial elections in Ward 30, with the ANC’s percentage vote share slipping to 67% and the EFF leapfrogging the IFP by obtaining 16% of the vote. The IFP received 13% support.

The ANC will be expected to have an easy hold but Ward 30 will need to be watched to see if the EFF and IFP can make further inroads here. They are the only three parties on the ballot.

Nqutu is a rural municipality whose seat of power is in Nquthu. The council had a rerun of its election in May 2017 which saw the IFP win an outright majority. The ward where the IFP enjoyed their best result was in Ward 11. Siyabonga Kunene, the Nqutu Mayor won this by-election by a landslide. The celebration party was short-lived as Mayor Kunene was arrested on charges of conspiracy to commit murder for allegedly planning to kill his political rivals in the ANC. The case has not been heard by any court to date. The IFP terminated his membership and installed a new mayor.

Kunene linked up with PG Mavundla’s Abantu Batho Congress (ABC) party. Mavundla was very close to beating the ANC in an Umvoti (Greytown) by-election in late 2019. Mavundla and Kunene will want to use this by-election to show that their party enjoys support across the province and not just in the Greytown surrounds. This by-election is expected to be a battle between the IFP and the ABC as Kunene will be running for his old seat in the ABC colours.

The ward is centred on Luvisi which is west of Nquthu on the R68 regional road.

The other parties on the ballot are the ANC, NFP, EFF and provincial party-the National People’s Front (NAPF). The NAPF was formed by former NFP deputy chair Bheki Gumbi.

The ANC fell short of an outright majority in Endumeni in 2016. This allowed the IFP, DA and EFF to elect an IFP mayor in the town. The ANC regained control of Endumeni and consolidated their control by winning a seat from both the IFP and the DA in by-elections.

Ward 2 has two voting districts. The ANC runs up the numbers in the Sibongile township part of the ward, while the DA’s traditional stronghold is in the Dundee voting district which includes the suburb of Strathmore Park. The ANC won by less than 200 votes in 2016. Former Endumeni Mayor, Thulani Mahaye was elected ward councillor. He passed away from Covid-19 related complications.

The ANC edged closer to the 50% mark when one considers the 2019 provincial ballot results in the ward. The IFP received 13% of the vote and the EFF 5%. The DA fell to 28%. The DA have decided to conserve resources and sit this by-election out. This changes the status of the by-election to a ward deemed safe for the ANC. It will be interesting to see the turnout differential between Sibongile and Dundee.

The ANC, IFP and EFF are the three parties on the ballot here.

The IFP is the largest party in Zululand. It includes the traditional IFP strongholds of Ulundi and Nongoma. The municipality where the ANC tends to be the strongest is uPhongolo. The sole Zululand by-election will be in uPhongolo.

The major landmark in uPhongolo is the Pongola Dam. The seat of power in the municipality is Pongola. Ward 14 is a rural ward, west of the Pongola Dam, between the N2 national road and the R66 regional road.

There is a gap back between the ANC and the chasing pack in Ward 14. There is still a risk to the ANC in this by-election as a loss here will result in it losing outright control of the municipality. The ANC currently has 15 out of the 29 seats on the council. The IFP are the official opposition with 10 seats, while the DA have two seats, the EFF and the independents have one each.

The ANC’s chasing pack in this by-election will be the IFP, NFP, EFF and the United Christian Democratic Party (UCDP).  The by-election has been called because the previous councillor passed away.  DM