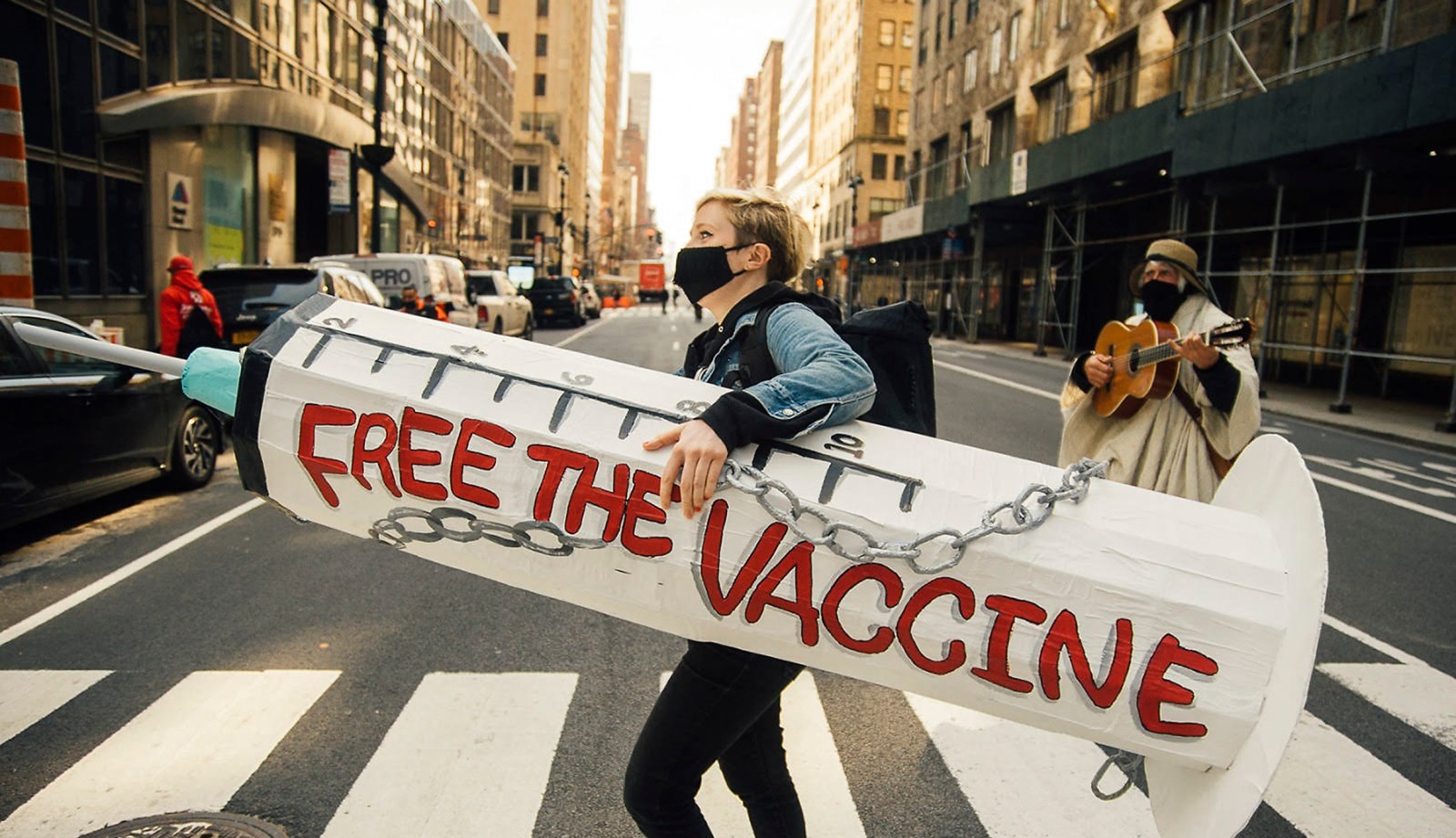 Germany is one of the countries opposing the decision of the Biden administration not to block the TRIPS waiver. (Photo: Steven Francis Kong)

South Africa has a developed health infrastructure, but it is starved of human and financial resources and buckling badly. It is not far from breaking point. This infrastructure will be put to the test when the vaccine rollout starts. There will be no value in SA scoring a victory on the world stage for vaccine access, but scoring an own goal at home.

On Wednesday the US government announced its support for a waiver of provisions of the World Trade Organisation’s Agreement on Trade-Related Aspects of Intellectual Property (commonly known as TRIPS) regarding intellectual property on Covid-19 vaccines.

“This is a global health crisis and the extraordinary circumstances of the global Covid-19 pandemic call for extraordinary measures. The Administration believes strongly in intellectual property protections, but in the service of ending this pandemic, supports the waiver of those protections for Covid-19 vaccines.”

This is in response to a request for a waiver tabled by South Africa and India more than nine months ago, which has won the support of 100 mostly developed countries but faced the resistance of the UK, US and EU. As well as — predictably — the big pharmaceutical companies.

The US decision is a huge victory for health rights activists, who have coordinated a campaign targeting the Biden-Harris administration around the world, including in South Africa, to get the US to support the proposal. In South Africa, for example, SECTION27 and other organisations delivered letters to embassies of governments opposing the waiver in February; the C-19 People’s Coalition and Archbishop Thabo Makgoba sent a letter to Tony Fauci urging him to support a voluntary license on the vaccine developed by NHI-Moderna, which was developed with substantial US government investment, but is being withheld from developing countries.

In response to the announcement Umunyana Rugege, speaking on behalf of the Fix the Patent Laws Campaign, a broad alliance of civil society organisations including MSF and the Treatment Action Campaign, welcomed the decision calling it the “result of massive global solidarity and mobilisation by activists around the world, who have been fighting for equitable access for Covid-19 vaccines for all” but noting that “it is important the waiver applies to all Covid-19 medical tools, including treatment and diagnostics, and not just vaccines.”

They added that “All countries must now come together to work on finalising the temporary waiver” and that “it is imperative that pharmaceutical companies share their technical know-how so that the countries around the world can increase access to vaccines.”

The US government’s volte-face is a sign that the Biden-Harris administration is serious about ending the global Covid pandemic, but also — importantly — that its ears are open to activists and not just corporate lobbyists. It is reminiscent of a similar victory activists achieved in November 2001 when, at the height of the AIDS pandemic and fierce global AIDS treatment activism (much of it catalysed by the litigation and protests of the Treatment Action Campaign), a ministerial meeting of the WTO was forced to make the Doha Declaration on TRIPS and Public Health, announcing that states could issue compulsory licenses on essential medicines when faced with public health emergencies.

According to an explainer statement issued by the WTO at the time ministers stressed that “it is important to implement and interpret the TRIPS Agreement in a way that supports public health — by promoting both access to existing medicines and the creation of new medicines” and thus, the Doha Declaration “emphasises that the TRIPS Agreement does not and should not prevent member governments from acting to protect public health. It affirms governments’ right to use the agreement’s flexibilities in order to avoid any reticence the governments may feel.”

However, there’s a lesson or three to be learned here.

The pharmaceutical companies are amongst the most powerful in the world. They have a lot to lose in profits they garner from market exclusivity and excessive pricing. Vaccines are an unimaginable cash-cow for already vastly rich companies. For example, the day before the USTR announcement Pfizer reported record profits on its vaccine, calculated by the New York Times as being up to $900-million pretax. In the hours after the news, their profits fell sharply.

Big pharma will not take this lying down and use above and below board strategies to protect their market power.

Further, paradoxically, except for HIV treatment, since the Doha Declaration access to essential medicines has worsened in many countries across the world. The Covid-19 pandemic has just blown the lid on it, exposing in graphic terms a medicine apartheid across the world that extends far beyond Covid-19.

States, including South Africa, have failed to follow through on the Doha Declaration, use its permissions and turn it into actual treatment access. They continue to be cowed through bi-lateral agreements and big-pharma bullying which, if anything has got worse.

But our government’s apathy and incompetence are just as bad. As explained here by SECTION27 in South Africa, we have spent years finalising policy and fixing legislation needed to improve medicines access.

There is therefore still an uphill struggle for those who view Covid-19 vaccines as a human right rather than a for-profit commodity. This should be a shot in the arm for activists, but it is not the end of the war.

First of all the waiver must still be approved at the WTO’s meeting in June. It will be important to ensure that the text that is approved is not so watered down, or hedged in with provisos, as to make it ineffective and unworkable. No doubt organisations like Health Gap, Medecins Sans Frontieres, the US-based Knowledge Ecology International, led by James Love, and HIV i-Base will maintain close oversight to try and prevent that.

But even more importantly, governments (including ours) will have to start planning now to enhance or create manufacturing capacity and to negotiate for technology transfers that will allow local manufacture of Covid-19 vaccines. They should do so not just with Covid-19 in mind, but with the knowledge that there will be new pandemics in years ahead that will require vaccine and medicine readiness. This may take many months. It requires political will and investment.

Finally, one of the lessons that should be learned from India and conversely from the UK is that vaccines without doctors will be no protection against Covid-19. The UK has been able to roll out vaccines to more than 34 million people in no small part because of the infrastructure of the National Health Service, built before the neo-liberal age and defended by activists against the Conservative government.

On the other hand, India spends less than 2% of its GDP on health; not surprisingly Covid-19 and the oxygen crisis has exposed Emperor Modi as having no clothes — even if he has vaccine manufacturers. As in South Africa, courts have had to intervene in India and have just ordered the government there to develop an urgent oxygen plan.

We have a developed health infrastructure, but it is starved of human and financial resources and buckling badly. It is not far from breaking point. This infrastructure will be put to the test if the vaccine rollout starts on May 17th. There will be no value in SA scoring a victory on the world stage for vaccine access, but scoring an own goal at home. There is a need to invest in all aspects of the health system and reverse the austerity measures that are being implemented by the Treasury which are weakening our public health system.

It needs to start this minute. DM/MC