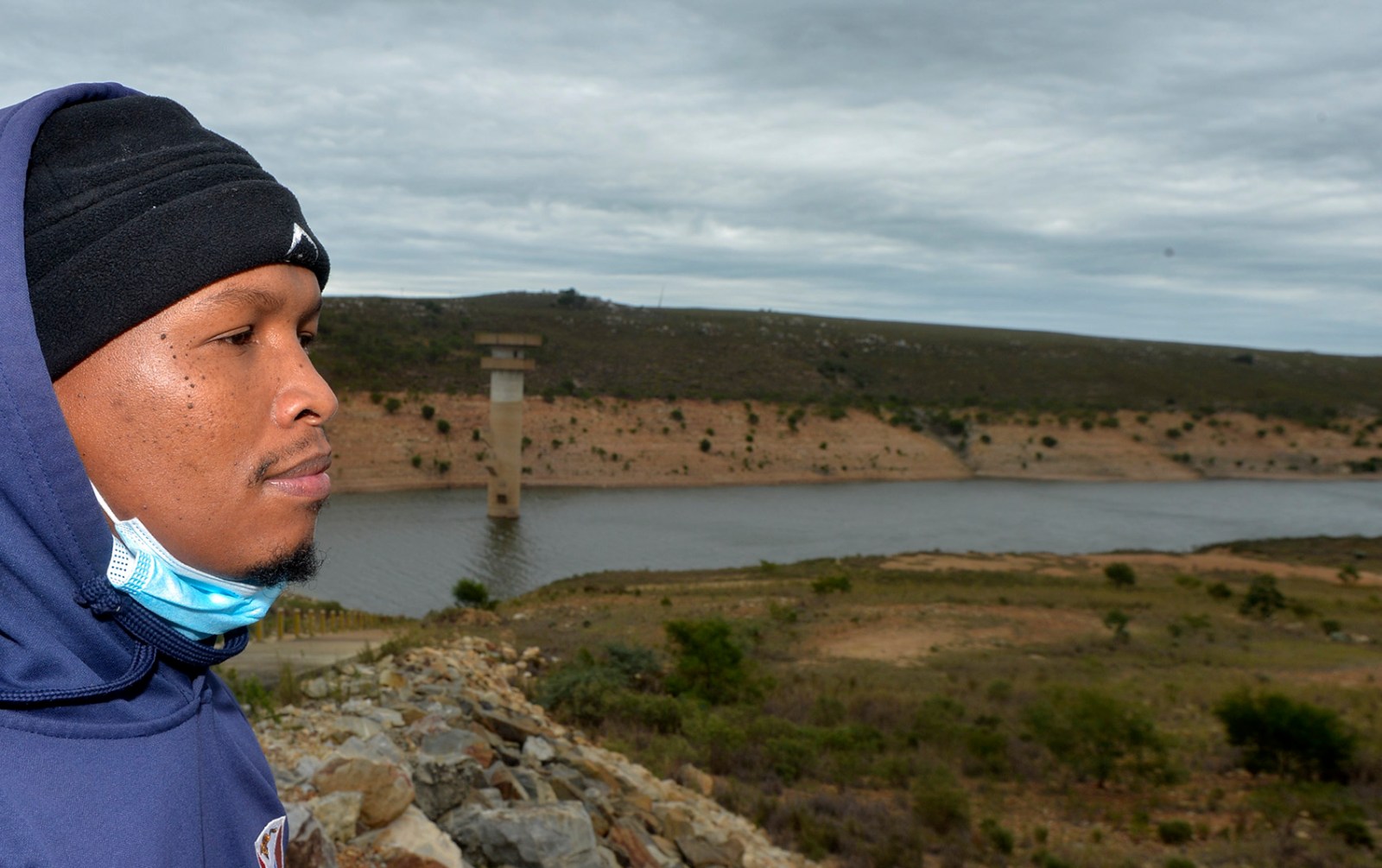 The two major dams for the Eastern Cape’s biggest metro, Nelson Mandela Bay, are running dry and with no major rain forecast, the city is facing an unprecedented water crisis.

Flowers, trees and vegetation grow in spaces where once, around 2015, there was water in Nelson Mandela Bay’s two biggest dams. The metro, consisting of Gqeberha (formerly Port Elizabeth), Kariega (formerly Uitenhage) and Despatch is home to an estimated 1.3 million people.

The Nelson Mandela Bay municipality last week launched a major campaign to urge residents to save water as dam levels dropped to new lows. The area has been in the grip of a prolonged drought.

Garth Sampson of the South African Weather Service said to save the situation, the Langkloof, where the catchment area is, would have to receive more than 50mm of rain in 24 hours.

On Friday, 30 April Lindiwe Sisulu, Minister of Human Settlements, Water and Sanitation arrived in the city for talks on a crisis plan for the metro.

Last week, residents were urged to reduce usage to preserve as much water as possible in the two dams.

Divers were preparing to go down to the Kouga Dam floor on Thursday, 29 April to establish how much was water and how much was mud, which will determine when extraction must stop.

Once water extraction from the dam is halted, KwaNobuhle, a large township outside of Kariega, will be the first to run dry, the metro’s director of water and sanitation, Barry Martin, said last week.

On Saturday, 1 May, Mayoral Committee Member for Infrastructure and Engineering Masixole Zinto visited KwaNobuhle to urge residents to report all water leaks and use water sparingly.

“KwaNobuhle is the first area that is anticipated to be affected if we don’t drop our water consumption. We are here to fix the 200 reported water leaks. Every weekend our teams will focus on a particular area to fix leaks, reported and unreported,” Zinto said.

“During the week, our teams attend to various water reports and this programme will allow us to take all our teams to focus on a specific area. We believe this will save us millions of litres of water as sometimes leaks are not reported,” he said.

As parts of the metro receive water from the Orange River via the Nooitgedacht Scheme there will not be a Day Zero as was predicted from Cape Town but, as the Acting Executive Director for Infrastructure and Engineering Joseph Tsatsire explained, the metro will have to redistribute water from several sources to make up for lost supply as dams run dry.

The metro’s second-biggest dam, the Impofu Dam, is 15% full. At 100% capacity, the dam holds 105,757 million litres of water. It now has 15,851 million litres left. Martin said as the dam level had already dropped below the extraction points a special barge had to be acquired to ensure that extraction could continue.

On Friday, the Nelson Mandela Bay Municipality’s Council approved the construction of a seawater desalination plant.

The decision paves the way for the city’s Infrastructure and Engineering Directorate to enter a partnership with the Coega Development Corporation to proceed with plans to fast track the project which will provide 15 million litres of desalinated water a day.

Nelson Mandela Bay Municipality Executive Mayor Councillor Nqaba Bhanga said the decision shows a clear commitment by the municipality to invest in infrastructure that will secure major investments and improve the city’s economy.

After meeting the Nelson Mandela Bay Municipality on Friday, 30 April Lindiwe Sisuli, Minister of Human Settlements, Water and Sanitation also pledged assistance to the city in dealing with the crisis. DM/MC