Judge Zondo is our bass guitarist; he is our bottom lin...

Judge Zondo is our bass guitarist; he is our bottom line; he is all we’ve got left; he is the Big Z 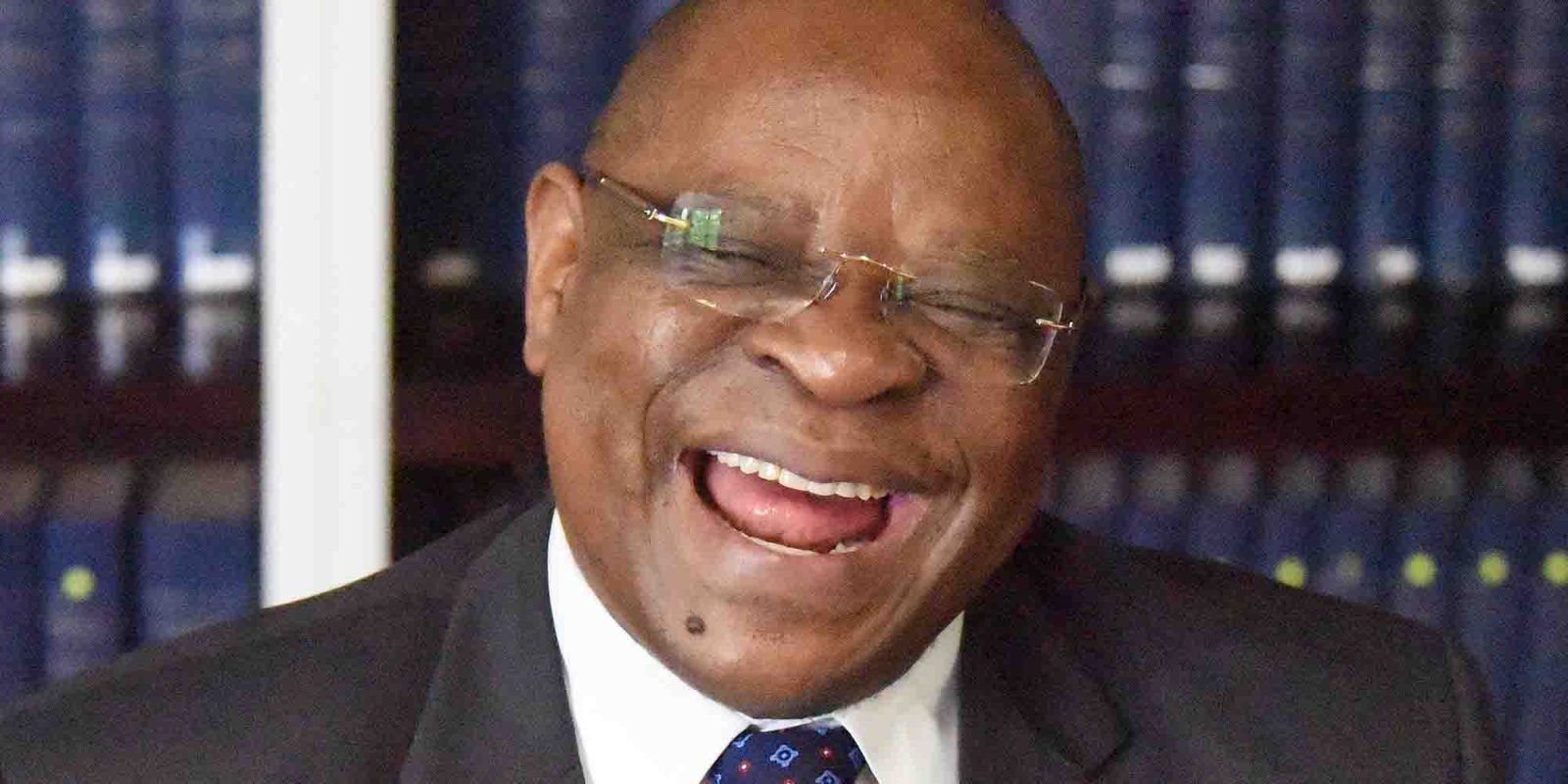 Perhaps someone should write a song with the title ‘Days of Zondo’. For these are indeed the days of Zondo. These are indeed the days in which we are witnessing the heroic battle of one man against the myriad injustices, the cheating, the sheer weight of shameless criminal activity which has taken place, and is still taking place, relentlessly, never-ending, in our heartbroken and desolate country.

The phrase “Days of Zondo”, as far as I can ascertain, was first coined by Daily Maverick in a headline on a column by Stephen Grootes on 20 August 2018.

Two years later, the same term was used in a spine-chilling Daily Maverick article by Jessica Bezuidenhout, and it has become a phrase that has become part of our vocabulary.

Spine-chilling is too weak a word to describe the feeling I get when I say the words: “Days of Zondo”.

They really have a truly ghastly and ominous sound, these three little words. They have been going through my mind now for… well, days. Ever since my wife has taken up the habit of listening to the State Capture Inquiry news channel on YouTube. My wife has a legal degree, and she finds this live stream stimulating and interesting. Wherever she is in the house at any given moment, I can hear the mumbled, droning voice of The Big Z echoing from her laptop through the rooms.

At first, I found it irritating and a bit scary. Then, I started liking it. Hearing Judge Zondo’s voice constantly in the background has now descended to the level of an addiction. I HAVE to hear it. I cannot live without it, no matter how much fear and anguish that voice is generating.

Perhaps someone should write a song with the title “Days of Zondo”. For these are indeed the days of Zondo. These are indeed the days in which we are witnessing the heroic battle of one man against the myriad injustices, the cheating, the sheer weight of shameless criminal activity which has taken place, and is still taking place, relentlessly, never-ending, in our heartbroken and desolate country.

What sort of a song should it be, the song called “Days of Zondo”? Well, for one, it won’t be a happy song. No one will ever be able to dance to such a song the way they danced to “Jerusalema”. It won’t be a rap song, either, for rap songs are too fast, and the pace at which the Zondo Commission is moving is far too slow, too ponderous, for it to be turned into rap or hip-hop.

Thematically, the lyrics would probably verge in the direction of Bob Dylan’s gospel period, when he penned down such gloomy and judgemental lyrics as “Slow Train Coming” and “Gotta Serve Somebody”.

Musically, and in terms of interpretation, however, I think, it would be closer to Leonard Cohen. Yes! It would be a very dark, very long, quite endless Leonard Cohen-type song. It would certainly be a song to get lost in, a song to cry to, and I’m not talking of a few tears of nostalgia or mild sadness, oh no, when you listen to this song you would want to weep, weep, weep, and tear your hair out, and wail in utter existentialist despair.

Neither the writings of a Jean-Paul Sartre or a Friedrich Nietzsche would be dark enough to compare to the heart-wrenching nausea, bitterness and utter emptiness of such a song.

The only literary figure, in my mind, who has come close to such depths of philosophical nihilism, has probably been TS Eliot.

When last did you read “The Hollow Men”?

The finality of these lines, the dead seriousness of tone, the dreariness, the sheer absence of any hope, or vision, or positive outcome is beyond compare in the English language.

And that, indeed, is how I feel about the Zondo Commission.

Here we have this guy, unravelling the intricate web of the collective deceptions strand by strand, millimetre by millimetre, in stark reality and minute detail, while, in real time, our country is going to hell at breakneck speed.

Who will win? Who will reach the finish line first? Will the slow tortoise manage to beat the hare?

It does not seem possible or even probable. As Zondo uncovers corruption of years ago, new evidence and rumours of corruption are mounting. Carrying on at the pace that they are carrying on, it will take Zondo and his team literally hundreds of years to sift through all the allegations and evidence.

And the terrible truth is: we don’t HAVE that much time. We certainly do not have hundreds of years. At best we have about a year or two before we collapse into the classic scenario of a failed state.

The abyss is in front of us. Many individuals have already fallen off the cliff.

Yet, here is the paradox: while I still hear the deep and rumbling voice of Judge Zondo in my house, I still retain a fragment of hope.

It’s like hearing a band, live on stage, a really terrible band, during one of those gigs from hell where everything goes wrong and the vocalist forgets his lyrics and the drummer is out of rhythm and the lead guitarist is too drunk to stand on his feet, and I catch myself thinking: “At least the bass player is still in tune…”

Ask any experienced live musician which instrument is the most important in any rock band, and he will probably say, after giving the question some thought: “The bass player.”

Why? Because, even if one does not hear the bass player up front, even if he is often not the most famous, or the sexiest, or the most noticeable part of the setup, without a good bass guitarist no band has the ability to really produce the goods. The bass guitar is what holds everything together. It is the backbone of the music. Everything else depends on those deep, throbbing notes. The bass guitarist provides the impetus, the mood, the drive and the tonality of every piece of music performed by the group.

Judge Zondo is our bass guitarist. He is our bottom line. He is all we’ve got left. He is the Big Z.

The day when I no longer hear that deep, resonant rumbling sound echoing around our house, will most probably be the day I say to my wife: “Let’s pack up and leave. This country is f**ked.”

In fact, that’s what I said to her only two days ago.

Saved by the bell… but for how long? DM