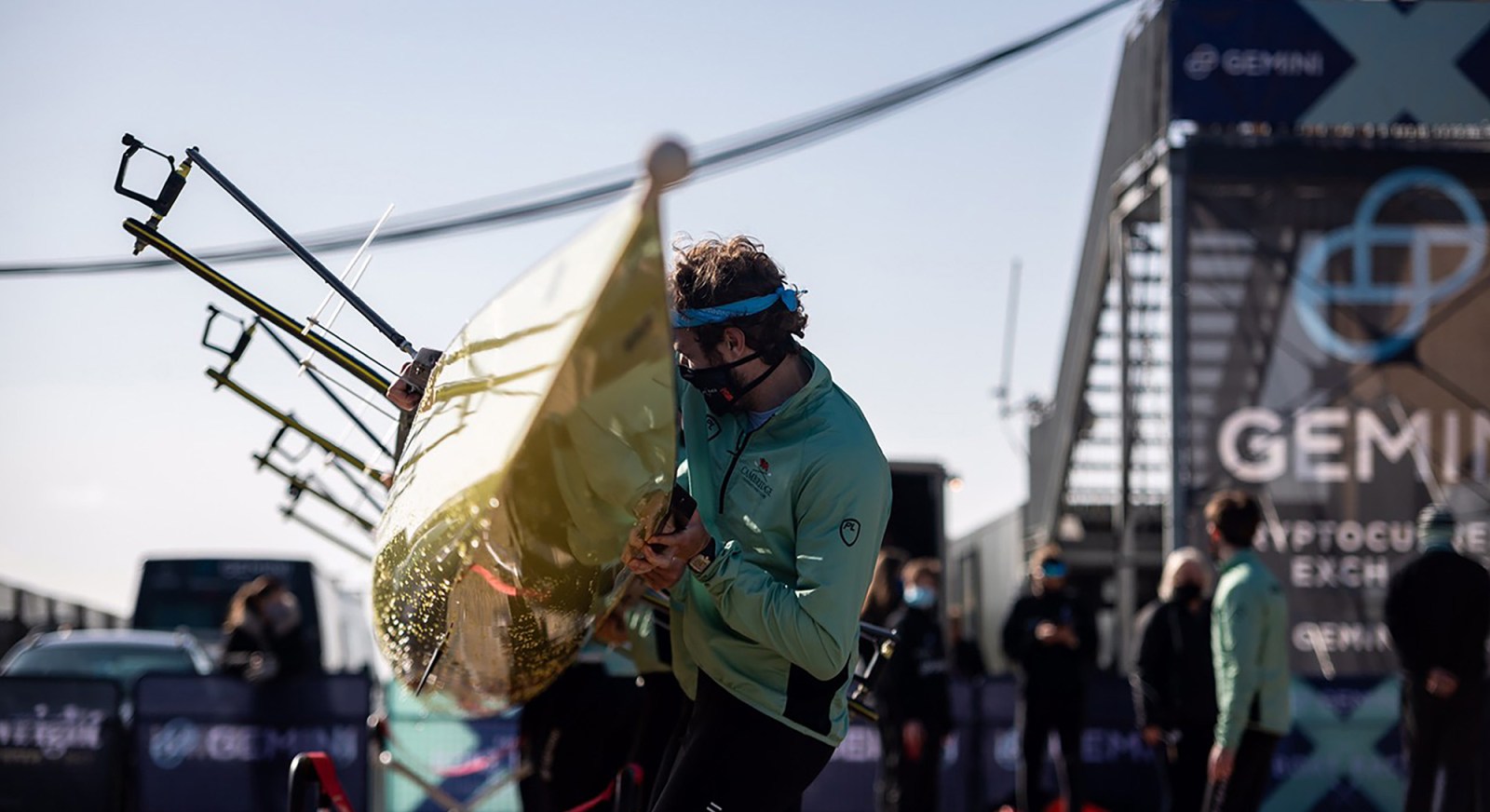 Garth Holden is a young South African at the top of his game. (Photo: Row360)

The rower from South Africa wants to make the sport more accessible in his home country.

The past 12 months have served up some pretty bleak headlines for fans of South African sport. The men’s national cricket team has lurched from one series defeat to the next and the game’s governing body is in a perpetual state of crisis. Bafana Bafana failed to qualify for an expanded African Cup of Nations and appear incapable of rectifying their perennial ineptitude.

The Springboks haven’t taken the field since their World Cup win in 2019, with many star players worryingly undercooked for the Lions series set to be played behind closed doors this winter. Even successful outfits, such as the women’s national cricket team, have been affected by the pandemic, with cancelled tours and empty stands stifling whatever momentum had been gained before Covid-19 bit.

There is a rare exception. A young South African at the top of his game recently claimed victory in his sport’s most prestigious event. Despite hailing from a land desperate for good news, his achievement barely registered a blip on most sports fans’ radars.

“That’s the nature of rowing,” says Garth Holden, the 23-year-old from Benoni who was part of Cambridge University’s crew that edged out rivals Oxford by a single length at the 166th Boat Race on 4 April. “But the fame, the glory; no one gets into rowing for those reasons. We’d do literally anything else if we were after that sort of recognition. That’s certainly not why I got into rowing.”

Stretching to 2m tall and weighing 95kg on race day, Holden’s body is tailor-made for a successful career in any sport. But it was brain, rather than brawn, that determined which stream he would paddle down.

After completing primary school, he was offered an academic scholarship at St Benedict’s College, the elite rowing factory on the eastern edge of Johannesburg. Holden’s father was a talented basketball player in his prime. The younger Holden seemed determined to step into his old man’s shoes until a teacher persuaded him to pick up an oar.

“I didn’t really know how to do it at first,” Holden says of the school that also includes among its alumni Ramon di Clemente, who won bronze in the men’s coxless pair at the 2004 Athens Games.

“I was in it for the social aspect. There was a status that rowers enjoyed at Bennies. A lot of the top athletes were rowers instead of rugby players or cricketers. Not that I was any good at those sports. But the more I did it, the better I became.”

In the world of South African rowing, St Benedict’s is a colossus. The relatively small school in the suburb of Bedfordview is enjoying an unbeaten run in the South African Schools Championships that stretches back to 1994. While other top sports’ schools may have their beating in most other codes, on the water, the Bennies’ boys are untouchable.

“I couldn’t tell you why that is,” Holden says when asked what separates his alma mater from the chasing pack. “Maybe it’s got to do with where we come from. We’re maybe made of grittier stuff on the east side of Joburg compared to our competitors in the north. Rowing is a hell of a tough sport. Maybe we just want it more because we want to prove ourselves against them.”

Holden knows what it’s like not to fit in. When asked where he grew up, his answer of “Benoni” is quickly followed by “unfortunately”. He later speaks highly of the small mining town, revealing an internal double tug. He’s not apologetic, just conscious that where he comes from is not a reflection of where he’s going.

“I had a very different upbringing to many of the people I row with,” he says. “Rowing is a very expensive sport and it’s filled with privileged people. I know I’m privileged. I’m white and my family is relatively well off. I’ve been able to go places few have been.

“I’ve always tried to be a voice for progressive stances and viewpoints in what would have otherwise been lopsided conversations. I’m conscious of the disparities that exist in the sport and the world in which it exists.”

This disparity was keenly felt at Yale University, where Holden completed a BA in political science and African studies while rowing for its famous crew.

He arrived in 2016, having twice represented South Africa at the World Rowing Championships. What he experienced at the Ivy-clad university entrenched his sense of class in his chosen field.

“It was incredible to see just what a well-funded and well-resourced organisation looks like,” he said.

“When I was with the South African set-up, I was sleeping on the floor with some of the other national guys. My clothes were in a bag. I couldn’t afford to feed myself. I’d feel guilty using the kitchen at times. But then I arrived at Yale and it was world class. Everything was taken care of. Once you get used to that sort of lifestyle, it’s hard to go back.”

Holden is close friends with Vincent Breet, another St Benedict’s old boy and South African rower who hung up his oars in favour of a life on land. Breet was the last South African to row for an Ivy League school, having done so for Harvard in 2017.

“I have tremendous respect for the guys flying the flag for South Africa,” he says, “but for personal balance, for what I’d have to do to stay in the Olympic programme versus what is available to me elsewhere, it’s a tough sell. It’s come to the point where my training impacts everything else in my life. It’s been phenomenal. But I’m coming to the end.”

That is not to say he intends to turn his back on rowing. He understands better than most that success in a boat can open doors elsewhere. His talent and hard work has taken him to two of the most prestigious universities in the world. Though he has aims of chasing his fortune in the corporate world, he is adamant to give back to a world that has given him so much.

“I want to make the sport more accessible in South Africa,” he says. “That is an incredibly difficult job. Money is just one component of that. It requires cultural openness and willingness to enter what is a strange space mostly filled by tall white dudes in expensive carbon-fibre composite boats in skin-tight lycra. That can be a hard sell. There are clubs and schools already doing great work. I’d like to be in a position to help one day.”

Holden was 15 when James Thompson, John Smith, Matthew Brittain and Sizwe Ndlovu secured an unlikely gold medal at London 2012. He knew then that rowing could join the national discourse. That it could provide uplifting narratives and make heroes out of strangers.

Many people may not have heard of him. He may have triumphed half a world away, and he may be leaving the sport altogether, but Holden’s victory deserves recognition and celebration. And if he makes good on his promise, he may prove to be the catalyst for more positive headlines in the future. There’s no question we could do with some. DM168