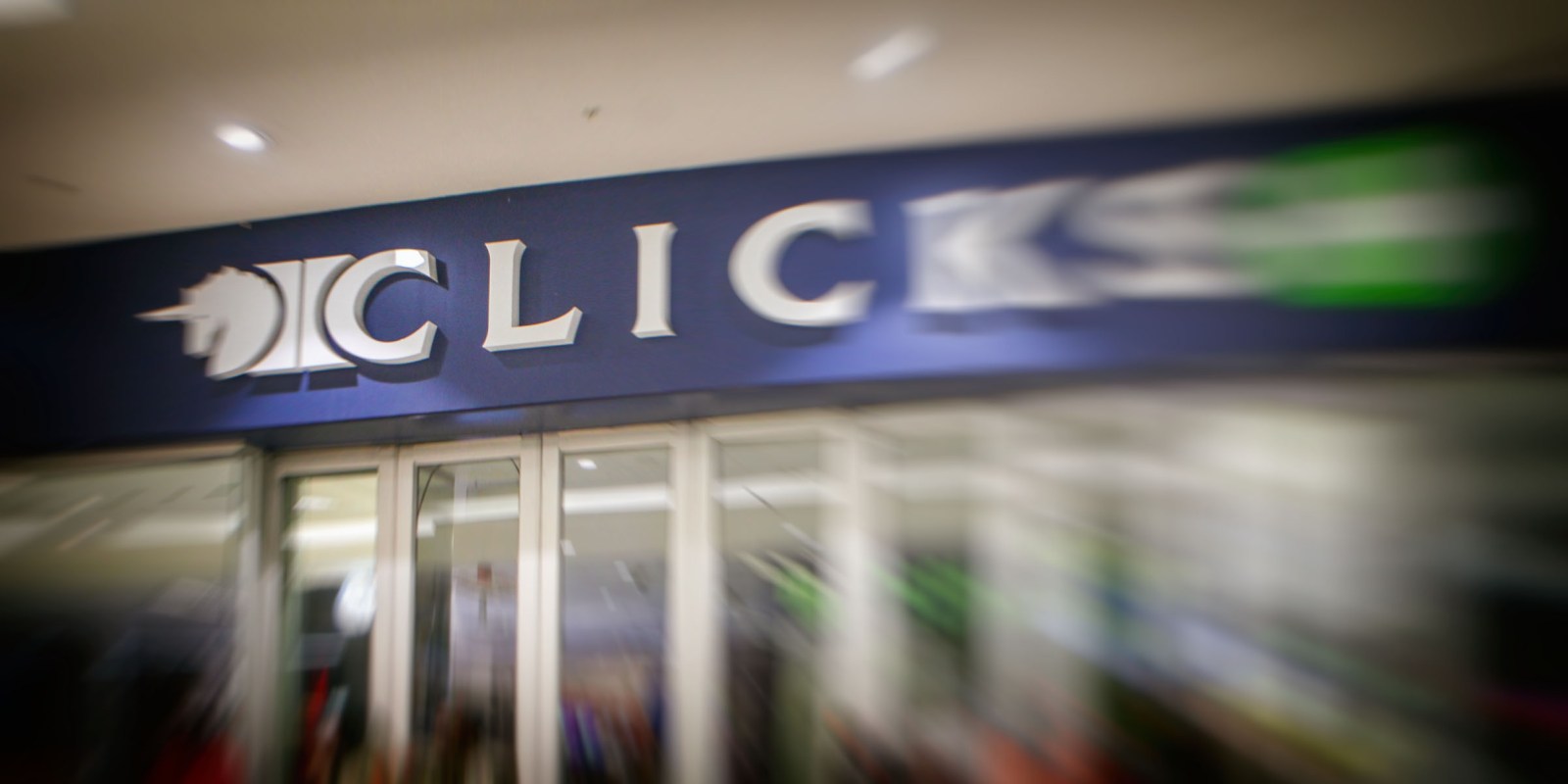 Clicks is buying Pick n Pay’s retail pharmacy business as it accelerates the expansion of its network across the country. (Photo: Gallo Images / Sharon Seretlo)

Health products are in demand, but Clicks says consumers have changed their shopping patterns, with more shopping being done online rather than at shopping centres. South Africans may also be wearing less lipstick as they cover up with masks.

Clicks has reported what it says is a strong first-half performance under constrained economic conditions in the wake of the Covid-19 pandemic. However, despite those constraints, the health, beauty and pharmacy chain has seen some benefits, including increased demand for health products.

The group’s 2020 financial results were affected by the lack of a cold and flu season last winter due to mask-wearing and increased hand-washing, as well as restrictions that included shorter trading hours and limits on what it could sell during the hard lockdown. While these have been relaxed, shopping habits remain subdued.

Turnover for the six months to February rose 7.6% to R18.1-billion, with retail health and beauty sales – which includes Clicks and international franchise brands GNC, The Body Shop and Claire’s – gaining 7.2%. Online sales surged 167% over the prior period. Wholesale business United Pharmaceutical Distributors (UPD) grew turnover by 9% as it continued to gain market share, driven by strong growth in sales to private hospitals, as well as new business.

Apart from the fact that the first half of its prior year fell before the outbreak of the pandemic, Clicks said the comparable period also included an additional trading day due to the leap year in 2020. Earnings growth was also constrained by the phased closure of its chain of Musica music and video game stores, which was announced in January.

Group operating profit rose 9.7% to R1.4-billion while diluted headline earnings per share increased by 9.5% to 371c. Excluding the impact of Musica, Clicks said diluted HEPS would have increased by about 14%. It has declared an interim dividend of 142.5c per share after ending the period with R1.1-billion in cash.

“The Clicks chain was listed as essential services and so could trade through Level 5, albeit with limited and lower margin categories on sale,” she said.

“Lower footfall in malls and the absence of a flu season definitely affected them negatively. They also missed out on demand for colour cosmetics, which are still under pressure because of mask-wearing. Finally, Covid-19 accelerated the demise of Musica which was already under a managed store closure programme for the past few years.”

Although sales growth slowed in February compared to the prior five months of the reporting period, Zulu said this was also evident in Stats SA’s February retail sales numbers, which showed the pharma, medical goods and cosmetic products category slowing, and apparel and footwear growth accelerating from a positive start in January.

“Consumers reallocated spend to products such as clothes, thanks to back-to-school and a resumption of office-bound work,” she said.

Ramsunder said Clicks was working closely with government departments and organisations to provide support for the Covid-19 vaccine roll-out programme through both Clicks and UPD. A total of 62 Clicks pharmacies had so far been registered by the Department of Health to assist in Phase One of the programme with the vaccination of healthcare workers.

“The roll-out of the vaccination programme is expected to aid the recovery of the economy,” said Ramsunder.

“Our group has a robust balance sheet, generates strong cash flows and is well positioned for further growth as the trading environment improves.”

Clicks said it planned to accelerate its store expansion with the opening of 40 new stores and 36 pharmacies this year as the current economic climate had presented opportunities for new retail space. It currently has 601 pharmacies and 760 stores in total.

Despite rival Dis-Chem also growing its store footprint, Zulu said there was space for both chains to expand.

“For the next few years Clicks and Dis-Chem can comfortably grow into white spaces without encroaching on each other,” Zulu said.

“Although they compete directly in the large metropolitan areas and regional malls, the theme of consolidation and formalisation of independent pharmacies is still playing out in the SA context.”

Clicks said it expected full-year diluted HEPS to be 8% and 13% higher than last year, assuming the current constrained trading environment was sustained for the balance of the period.

While some market watchers have questioned the rate of earnings growth at Clicks against a trailing price-earnings multiple of 32, Zulu said the company was well-run with a history of prudent capital allocation.

“Their financial and return metrics are among the best in [their] class compared to local and international peers, which supports the rating,” Zulu said.

“Earnings growth is also stable and the company has a well-established history of returning excess cash to shareholders in the form of a high dividend payout ratio and share buybacks, which amounted to R1.7-billion in this period.” DM/BM