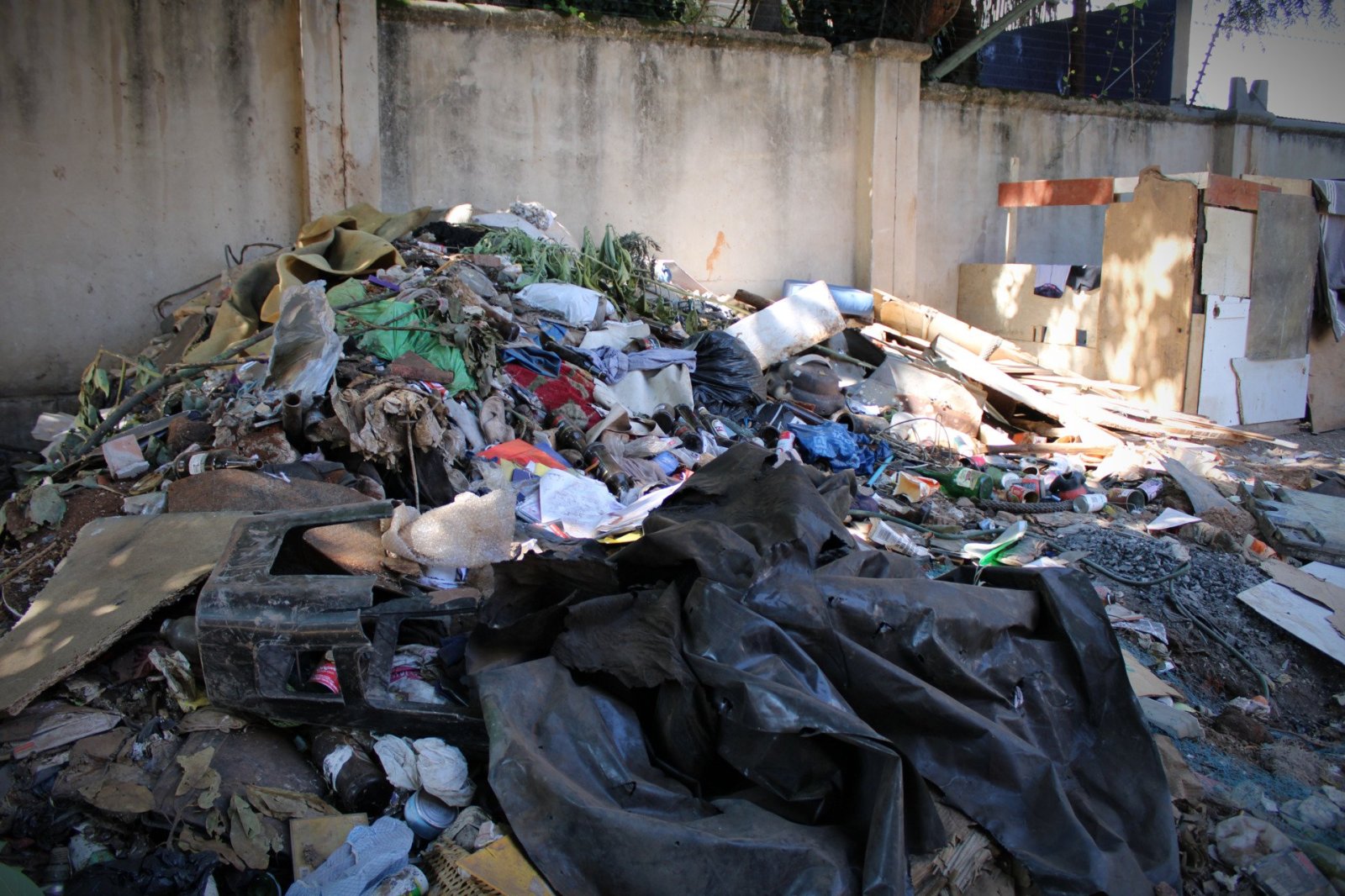 A pile of rubble left behind after the Red Ants forcefully removed about 50 people occupying a property in Dunkeld West, Johannesburg. Following intervention by SERI the court ruled that the eviction was unlawful. (Photo: Masego Mafata)

Court rules earlier eviction from the Johannesburg property was unlawful.

Nhlanhla Gwendoline Sibanda is a sex worker who has been unable to make enough money during the Covid-19 lockdown to pay rent and other expenses.

She moved onto an empty property in the upmarket suburb of Dunkeld West last year. She lives with about 50 other people, some of whom claim to be living there for over two decades.

“Our industry really suffered last year. I lost my income and had to find another place to stay,” she said. There is no running water on the property.

Khuselwa Dyantyi, a candidate attorney at SERI, said that the Red Ants used an interim interdict granted in February to evict all of the occupiers. According to Dyantyi, the owners of the property have to apply for a court order in accordance with the Prevention of Illegal Eviction from and Unlawful Occupation of Land Act (PIE) should they wish to evict the occupants.

When GroundUp visited the building last week, residents recalled the moment a tractor loader ploughed through the property, destroying many of their structures. Piles of rubble were dumped onto the property, blocking the pit toilet used by the occupiers.

Sipho Ntuli said he had been living on the property since 1994. He said things went downhill for them on 6 April when they were forcefully evicted by the Red Ants.

“Before the eviction … we [had] dug a pit latrine and had made arrangements for water. Now we have lost all of that and have no sanitation facilities at all,” he said.

The occupiers moved back on 9 April and had to rebuild their homes with the little material left over from the destruction.

Ntuli, who is unemployed, lost most of his important documents, including his bank card and ID. “I have nothing now,” he said.

Pusetso Nolwane moved to the property in 2013 after coming to South Africa from Lesotho in search of work. His personal belongings, including his passport, were lost during the eviction because he was not there to collect them in time.

Many of the occupiers work as domestic workers and gardeners. Others are unemployed or sort recycle material.

A number of the occupiers acknowledged that their occupation is unlawful. But they want the City of Johannesburg to follow proper procedure and ensure that they receive alternative accommodation.

Nthatisi Modingoane, deputy director of communications for the City of Johannesburg, said that the Social Development department had made several attempts to intervene in the matter. “We offered alternative accommodation at homeless shelters should they wish to evict the occupants. After many attempts, the people living in that property have refused the City’s help. Our social workers are constantly being chased away whenever they try to reach out to these people.”

Concerned that the February interim interdict is the start of eviction proceedings, the occupiers will return to court on 3 May to oppose it being made a final order. “Our clients … had been living on the property before the interim interdict was issued,” said Dyantyi. “We will be arguing that this interdict does not apply to our clients because they are unlawful occupiers and not invaders.” DM