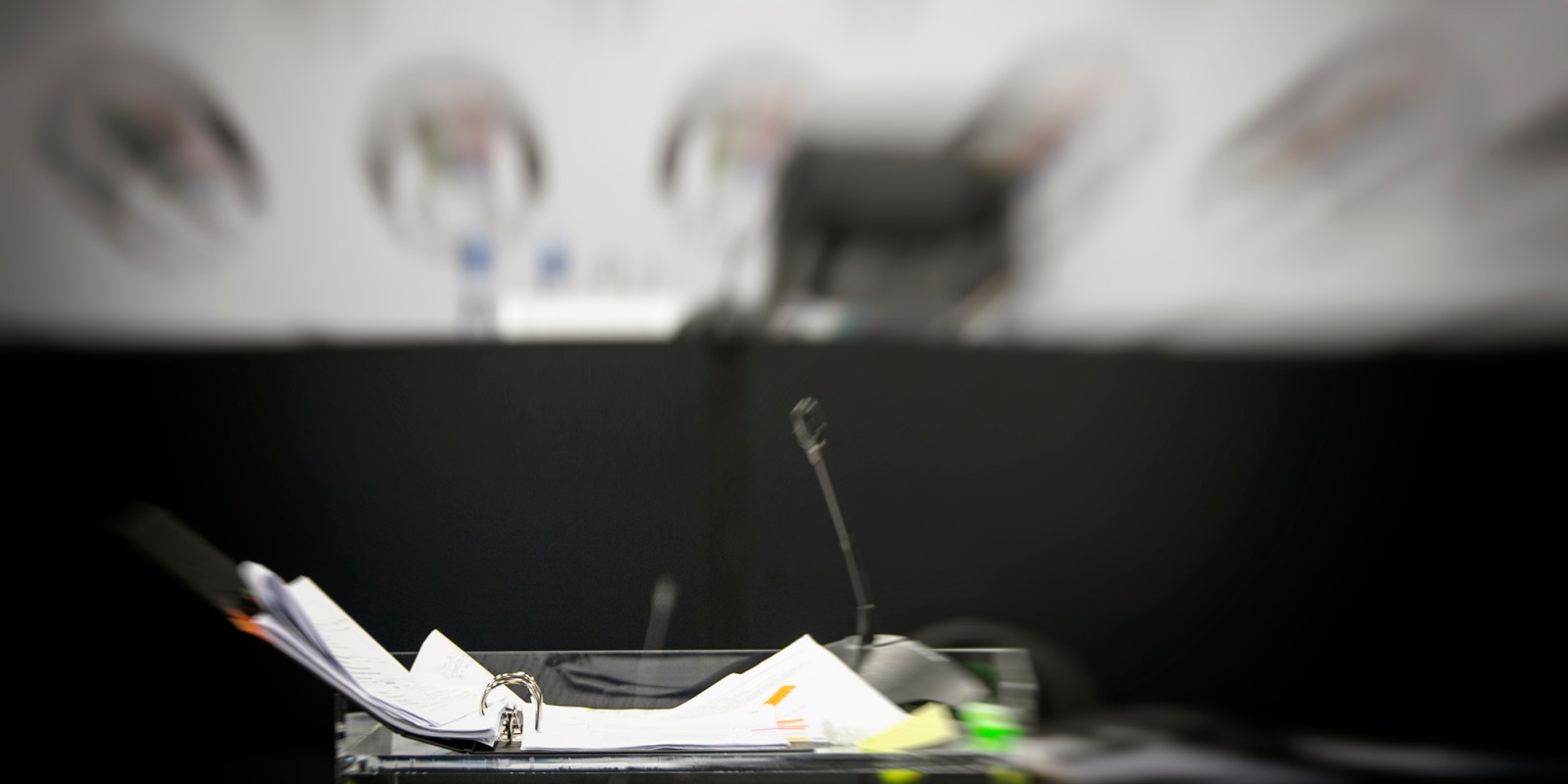 Mysterious and unsolved break-ins have been a hallmark of the State Capture years and the subsequent attempt at a clean-up on various fronts.

On Saturday night, intruders gained access to the Parktown, Johannesburg, offices of the Zondo Commission of Inquiry by cutting the perimeter security fence and evading security. They made off with two laptops and other items.

Hillside House, at 17 Empire Road, is a four-storey complex that rental agents describe as “very secure”, with the property being “fully secured with onsite security and parking”.

The thieves, however, managed to evade detection, slipping through a gap created by a severed bar on the security fence, snipping electrical wiring behind it and making their way stealthily to the third-floor offices of the commission. The burglary was only discovered on Sunday morning.

Inquiry spokesperson the Rev Mbuyiselo Stemela confirmed the break-in to the media and said police were investigating.

Dr Itumeleng Mosala, Zondo Commission secretary, speaking to SAFM on Sunday, said a bullet was recently fired at the library window of the commission’s offices.

Mosala did not want to speculate whether the shooting and the break-in were linked, but it is difficult not to view the two incidents in this light.

The motive for the intrusion is clearly the theft of the laptops and what the burglar/s believe to be stored on those devices.

Mysterious and unsolved break-ins have been a hallmark of the “State Capture” years and the subsequent attempt at cleanup on various fronts.

Unsolved “professional” burglaries, include one at the offices of the Chief Justice in 2017 followed by a cyber-attack in September 2020 and the theft of computers during a burglary at the Helen Suzman Foundation offices, also in Parktown, in 2016, just days after the organisation had filed court papers calling for the suspension of then Hawks head Berning Ntlemeza.

In 2015 someone broke into the State Security Agency’s Musanda Campus, Pretoria, the SA equivalent of FBI headquarters, and walked out with around R17-million in foreign currency.

Then, in 2020, someone just walked into the agency and into a safe, removing an “undisclosed” amount of cash as well as “sensitive” and classified documents that just happened to be nestling there unattended.

(On 13 March, Marianne Thamm’s house was burgled too, one day after an investigation into her by Crime Intelligence was authorised, an illegal act. – Ed)

It is unlikely that the commission does not have copies of sensitive affidavits, but the brazen burglary is an indication that someone desperate is on the sniff for intel. Or otherwise, the break-in is an attempt to create fear.

Regardless, the commission has vowed to continue its work.

Attempts to discredit and disrupt the work of the Zondo commission before the compilation of the final report on 30 June have intensified as the deadline approaches.

So too have attacks on the judiciary as former president Jacob Zuma continues to defy the commission and the Constitutional Court.

On 15 April, the South African Human Rights Commission (SAHRC) was prompted to issue a media statement condemning attacks on the judiciary and the commission itself.

Testimony presented at the Zondo Commission, exposing the extent of State Capture, has been shocking and exposes the true nature and impact of widespread corruption within the State.

In July 2020, regulation 11 of the State Capture Commission was amended to allow law enforcement agencies to access evidence presented.

“Testimony presented at the Zondo Commission, exposing the extent of State Capture, has been shocking and exposes the true nature and impact of widespread corruption within the State,” said the SAHRC.

The Zondo Commission, it added, had the potential to assist the National Prosecuting Authority to hold to account “individuals and entities in the private sector, within the State and at all other spheres”.

Zuma has been hostile in his defiance, attacking also the integrity of the commission chair, Deputy Chief Justice Raymond Zondo.

Allies in the ANC, including Deputy Secretary-General Jessie Duarte , who claimed in a leaked recording that the Zondo Commission viewed the governing party “with jaundiced eyes”, have also undermined its work.

The most recent witness to give the commission a last-minute middle finger was Norma Mngoma, formerly Gigaba, whose much-anticipated testimony was due to be given on 14 April.

The wife of the former rotating minister in the Zuma Cabinet, and friend of the Gupta family Malusi Gigaba, was set to shed light on and confirm allegations that Gigaba had received vast quantities of cash from the Gupta family.

One unnamed witness testified that he had seen a bag stuffed with R200 notes in the boot of Gigaba’s official vehicle and that the former minister of finance would pay cash at restaurants and for his bespoke suits.

Life in Chez Gigaba took a nasty turn when Mngoma was arrested by the Directorate for Priority Crime Investigation at the behest of her husband.

On 11 February high court Judge Cassim Sardiwalla ruled that Gigaba’s abuse of power involving the Hawks to arrest his wife and confiscate her cellphones and laptops was illegal.

Mngoma said the confiscation of her electronic devices had been an attempt by her husband to obtain evidence she was prepared to offer to the commission.

It would be safe to assume that Mngoma would have provided the commission with an affidavit when she first opted to testify against her estranged husband.

Gigaba, in the meantime, had pleaded for Mngoma’s testimony to be given “in camera” to protect their minor children.

It is clear that Mngoma had had second thoughts, informing the commission, through her legal representative Gcwalisile Makhathini, on the day she was due to appear that she had “personal” concerns with how her appearance was being “handled or mishandled” by commission investigators.

Zondo said it was not up to Mngoma to simply withdraw and that she would be subpoenaed and would have no option but to appear.

On the same day Mngoma was due to testify, former State Security Agency (SSA) director-general Arthur Fraser’s attempt to obtain classified documents from the SSA was put on hold.  Fraser accused the SSA of not providing him with documentation he had requested, while the SSA claimed Fraser had not taken up opportunities to engage with it.

In July 2020 Fraser’s legal representative Muzi Sikhakhane had applied for Fraser to be granted “immunity” should he testify. Zondo informed Fraser that the commission was not authorised to do this.

Fraser said he would have to name “presidents past and present, judges and members of Parliament” in his testimony, thus threatening to tear down the edifice of the ANC, once and for all.

Former head of domestic intelligence Gibson Njenje testified that his investigation of the SSA and the Principal Agent Network had found that R600-million spent had been unaccounted for.

The stakes are high as South Africa slouches towards some sort of high-noon in the fin de siècle of the State Capture era. There are many who grew powerful and rich who now face penury and political exile.

They will not go quietly into that good night. DM