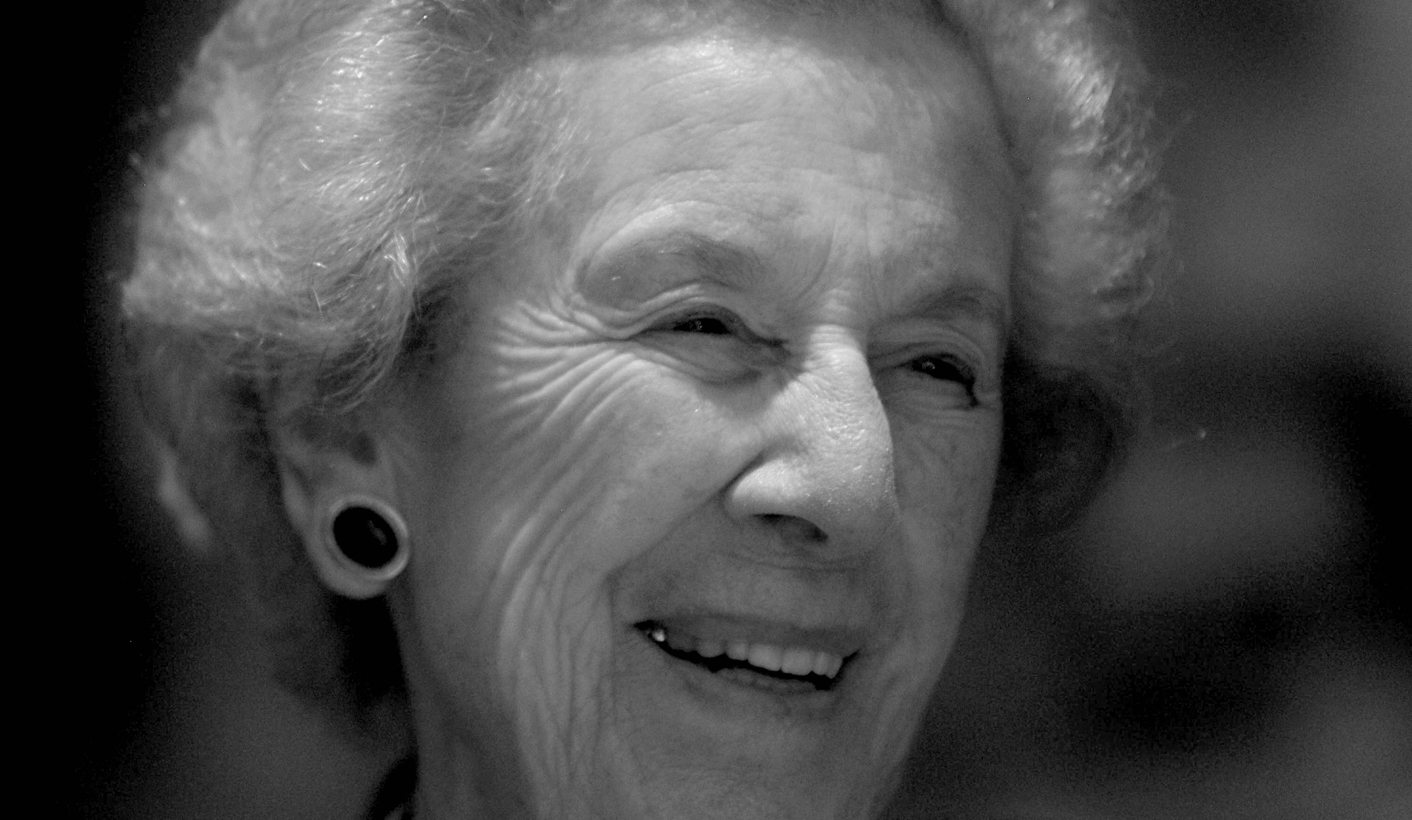 Three days after the Helen Suzman Foundation and Freedom Under Law launched an urgent application in the Pretoria high court calling for the suspension of Hawks head, Lieutenant-General Mthandazo Berning Ntlemeza, the Foundation's offices were raided in an armed apartheid military-style operation on Sunday afternoon. The intruders, a woman and two men, made off with computers and documents after handcuffing a security guard to a railing. By MARIANNE THAMM.

Helen Suzman Foundation (HSF) director Francis Antonie said he was shocked by the apparently well-orchestrated and brazen robbery which occurred at the foundation’s offices in Parktown, Johannesburg around 2.30pm on Sunday.

“We arrived to find the security guard handcuffed to the railing. He said that two men had entered the premises and had taken him to the basement. From there he made a phone call and white combi with four people, all of them well dressed and one of them with a shotgun, arrived. Three of them went upstairs and unlocked the security gate to our offices. A woman had a notebook and knew exactly what they wanted. They then received another call, took documents and the computers and they left,” said Antonie.

The intruders seemed to know their way around the foundation’s offices, said Antonie and while most of the foundation’s work was public and available on the Internet, he is of the opinion that those involved in the break in were attempting to find out more about the NGO’s networks.

“A policeman arrived from the Hillbrow station and when he asked what work we did and I explained the court cases we have been involved in, he simply closed his book and said ‘this is above me I have to take to my superiors’.”

Antonie said that the foundation had backed up all of its documents.

The raid also comes days after former Ipid head, Robert McBride, labelled the Hawks’ Crimes Against the State Unit – which is investigating Finance Minister Pravin Gordhan – as the “Gestapo wing of the Hawks”.

McBride, appeared in court on 16 March along with former Limpopo Ipid head, Innocent Kuba, and Ipid’s head of investigations, Matthews Sesoko, on charges of defeating the ends of justice related to the Zimbabweans’ renditions case.

After his appearance McBride said that the country’s law enforcement agencies were being manipulated.

“There is a conspiracy. The decision to move [Anwa] Dramat [former head of the Hawks] was taken long before Dramat was even issued with the notice [of suspension]. People knew who was going to be appointed to his position before that.”

McBride said he and his co-accused, Innocent Khuba, were asked on four occasions by Police Minister Nathi Nhleko to falsely implicate Dramat in the renditions.

The HSF has been at the forefront of several critical court cases in recent years including the Supreme Court of Appeal application – where the foundation acted as amicus curiae – upon which the court ruled on 15 March that the conduct of government in failing to take steps to arrest, detain and surrender to the International Criminal Court, the President of Sudan, Omar al-Bashir, after his arrival in South Africa in June 2015, was inconsistent with its obligations under the Rome Statute.

On Friday last week the HSF launched an application in the Pretoria High Court seeking to have Hawks head, Lieutenant-General Mthandazo Berning Ntlemeza, suspended as his appointment was unlawful. The Minister of Police, Nathi Nthleko delayed the case for four months by stalling correspondence to the HSF with regard to the case.

“Major General Ntlemeza was appointed to the highest office within the Republic’s corruption and crime fighting unit, the Hawks, despite damning judicial findings impugning his integrity, honesty and fitness and propriety to hold such office. Both the HSF and Freedom Under Law (FUL) contend that, based on the reasons provided by the office of the Minister, these judicial findings were not even, or were not properly, considered. Moreover, in light of such findings, Major General Ntlemeza could never have properly been appointed and is unfit for office,” said the foundation.

The Foundation and Freedom Under Law have submitted that Ntlemeza is not fit to hold office as he was found by Gauteng Judge Elias Matojane to have lied under oath. The foundation has also argued that Ntlemeza is a threat to national stability and that Minister Nhleko failed to consider this ruling.

However Nhleko, at a press conference given jointly with Minister of State Security, David Mahlobo, on 2 March, made his views clear on the matter stating that Judge Matojane had not made a “finding” but that his statement that Ntlemeza had lied and was dishonest was merely “an opinion”.

Antonie said that the attack on the HSF offices had been well-planned and executed in a military style. The robbery has taken place in a toxic political climate where the Hawks, under Ntlemeza, have targeted apparent opponents of President Jacob Zuma. It is reminiscent of apartheid era unlawful raids on anti-apartheid activists and NGOs particularly during the era when the securocrats were in ascendency. And it happened just days after the HSF’s court action that targets Ntlemeza himself.

What an incredible coincidence indeed. DM