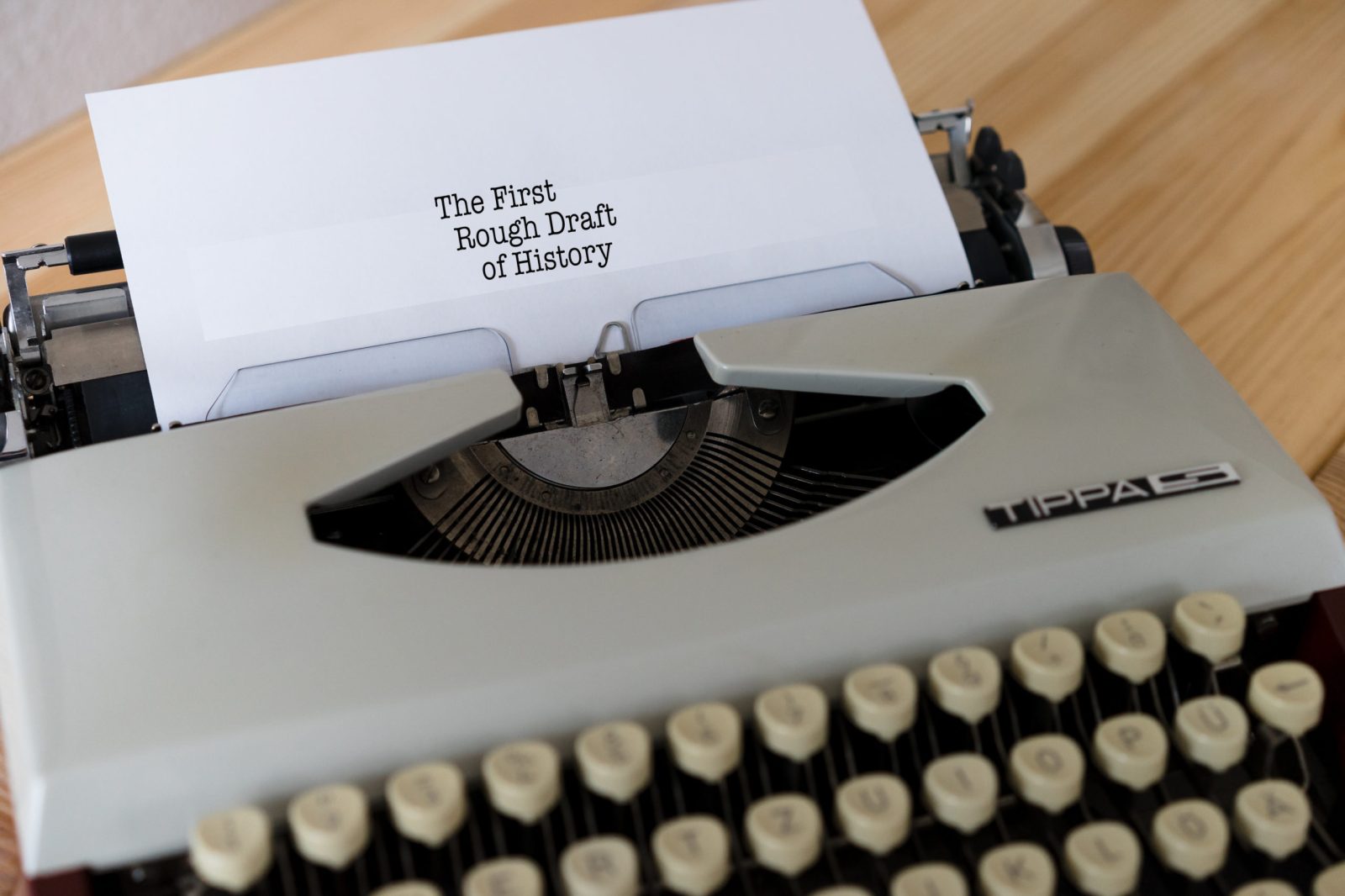 Image by Markus Winkler from Pixabay

The internal fight for control of SAPS Crime Intelligence in advance of the ANC’s crucial twin conferences (NGC in 2021 and National in 2022) is spilling dangerously into the bloodstream of a nation exhausted by the pandemic, poverty and corruption. The latest targets are SA media, and Daily Maverick’s ace writer, Marianne Thamm, in particular.

To understand the gravity of what’s currently happening in South African police/Crime Intelligence ranks, and the long-term damage it could cause to South Africa, we need to walk a few months back.

Jacobs immediately challenged the suspensions, saying he was being targeted as he was cleaning up an utterly rotten Crime Intelligence division subverted by years of mismanagement and criminality under its former head, Richard Mdluli.

Jacobs also alerted his superiors to the existence of a “rogue” Crime Intelligence unit in the Western Cape, which Anti-Gang unit section head Lieutenant-Colonel Charl Kinnear had also identified as problematic.

In September 2020, Kinnear, who was investigating fellow cops, was assassinated outside his home by a lone gunman who had monitored his movements.

Sitole pressed on with the suspensions of Jacobs and his fellow officers. Even a communication by Minister of Police Bheki Cele for Sitole to halt the disciplinary action against Jacobs, pending the finalisation of an investigation by the Office of the Inspector-General of Intelligence, was ignored.

Meanwhile, Sitole was the target of a scathing judgment in the Gauteng High Court with regard to another matter, the alleged irregular procurement of a “grabber” at the inflated price of R45-million prior to the ANC’s 2017 elective conference at Nasrec. In this matter, Sitole was found to have been in breach of his duties.

President Cyril Ramaphosa has called for all documents related to the R45-million Nasrec grabber matter, now that the Independent Police Investigative Directorate (Ipid) has won its three-year challenge to get Sitole to declassify the procurement documents.

Sitole is facing pressure on all fronts and, on 17 March, Jacobs challenged his suspension in the labour court and won. Sitole had, in the meantime, transferred Jacobs, an action the court found to have violated the Protected Disclosures Act.

What is astounding to us at Daily Maverick is how flimsy the case was and how brazen Sitole was in choosing people to prosecute his “case” against Jacobs.

A prime example was his hand-picked chief prosecutor, Lieutenant-General Francinah Vuma, SAPS Divisional Commissioner of Financial Management and Administration, who herself was in charge when at least R200-million was spent procuring emergency PPE equipment from four SA companies that appear to be brokers rather than suppliers or manufacturers and do not appear on the SAPS suppliers’ database.

The very same (of misspent R200-million fame) General Vuma was put in charge of investigating Jacobs and his top four officials for allegedly misspending R500,000 on PPE, for which they furnished a letter from Treasury confirming they were not in breach of any law.

Vuma, too, was involved in the infamous grabber scandal, when she spuriously invoked the “it’s classified” defence 13 times in order to cover up what seemed to be clear criminal behaviour.

For that death-defying performance, Vuma was slammed by Judge Norman Davis, who said her claim of some unidentified threat to national security was a distraction.

“The explanation [of Vuma] furthermore fails to disclose either a link or a distinction between the interests of the ANC and its National Conference, and a ‘national security threat’,” said Davis.

Similarly, no cogent explanation had been given by Vuma as to why the procurement process of a cellphone grabber “from a known company would compromise operatives in the intelligence community”.

Davis said there were “so many procurement irregularities already disclosed in Ipid’s affidavits that more and cogent reasons for classification are needed than the mere bald say-so of Lieutenant-General Vuma”.

Even as Team Sitole kept losing court case after court case, the intensity of their action only increased.

On Friday, 12 March (incidentally Marianne Thamm’s 60th birthday), an “information note” was sent to the top echelon of Crime Intelligence and its Counter Intelligence desk. It decried purported “leaking of classified documents” by General Jacobs to the media, specifically to Daily Maverick’s Marianne Thamm.

This document listed as a proof of “leaking” the National Treasury letter, which was, in fact, included in one of General Jacobs’s court applications and, as such, was freely available to anyone who’d spare a moment to look. You can read more about it in Thamm’s then breaking news story:

On Saturday, 13 March, Marianne Thamm’s house was expertly burgled and two laptops with Daily Maverick stickers on them were stolen, plus some opportunistic items of value, like her mother’s wedding ring. The burglar(s) wore gloves and left behind many other items of value, some in plain sight. The house was ransacked.

Importantly, for the first time in a year, there was nobody in Thamm’s house for the course of the entire evening.

Now, we have to be clear here:

We have no proof that the investigation into General Jacobs and his “leaks” that was ordered on Friday has any causality with Thamm’s home burglary the next day. Make no mistake, we do not accuse anyone specifically of that crime.

But we can analyse the data and consider the odds. We presume that the odds of an order, compelling anti-constitutional violation of one of South Africa’s top journalists on entirely spurious grounds, being issued in written and discoverable form, are probably of the same magnitude of the odds that the burglary at Thamm’s house, in such a tight timeframe, with obvious element of surveillance, was an opportunistic crime.

We are unlikely, short of catching actual burglar(s), to ever establish the full truth of what happened, and why, at Thamm’s house on that Saturday night of 13 March.

We’ve seen it many times before, where officials resort to official secrecy laws to shut down dissent and persecute whistle-blowers and assorted opponents.

Threats to journalists are unfortunately a feature, not a bug, in today’s polarised world. But we did not expect that this would happen in modern-day South Africa, where protections for media and freedom of expression are integral parts of our Constitution.

It is important for many bad-faith actors in our country to understand that journalists are not enemy combatants. It is downright alarming to see an official document saying “human sources close to Daily Maverick told whistle-blower”, who confirmed that General Jacobs is a close confidant of … Marianne Thamm. (For the record, Thamm has never met General Jacobs and has had no contact with him whatsoever.)

Does Crime Intelligence spy on our team? If it does, it might want to re-evaluate the effect, because the information furnished is obviously incorrect.

Spying on, and investigating, journalists who are just doing their job is not legal in South Africa. Prior authority for the surveillance of any person needs to be obtained from a designated judge. The bar for such permission, specifically in respect of journalists, has recently been raised substantially by the Constitutional Court. No matter how unpleasant it might be for people in power, they have no right to marshal the resources that we, the taxpayers, have trusted them with, in order to achieve their personal goals.

Such behaviour is not compatible with modern democracy. We all would like to think that it was consigned to our horrible past.

But when asked by our journalist about the CI investigation into Marianne Thamm, SAPS spokesperson Vish Naidoo refused to comment on the merits of the matter and flatly responded:

“The fact that this latest document was leaked to yourself reinforces the need to investigate these leaks, but this time with even greater urgency.”

This could be a true teachable moment for all of us. We must protect our fundamental rights, as the people who we pay to do so appear to be more interested in the power itself. DM