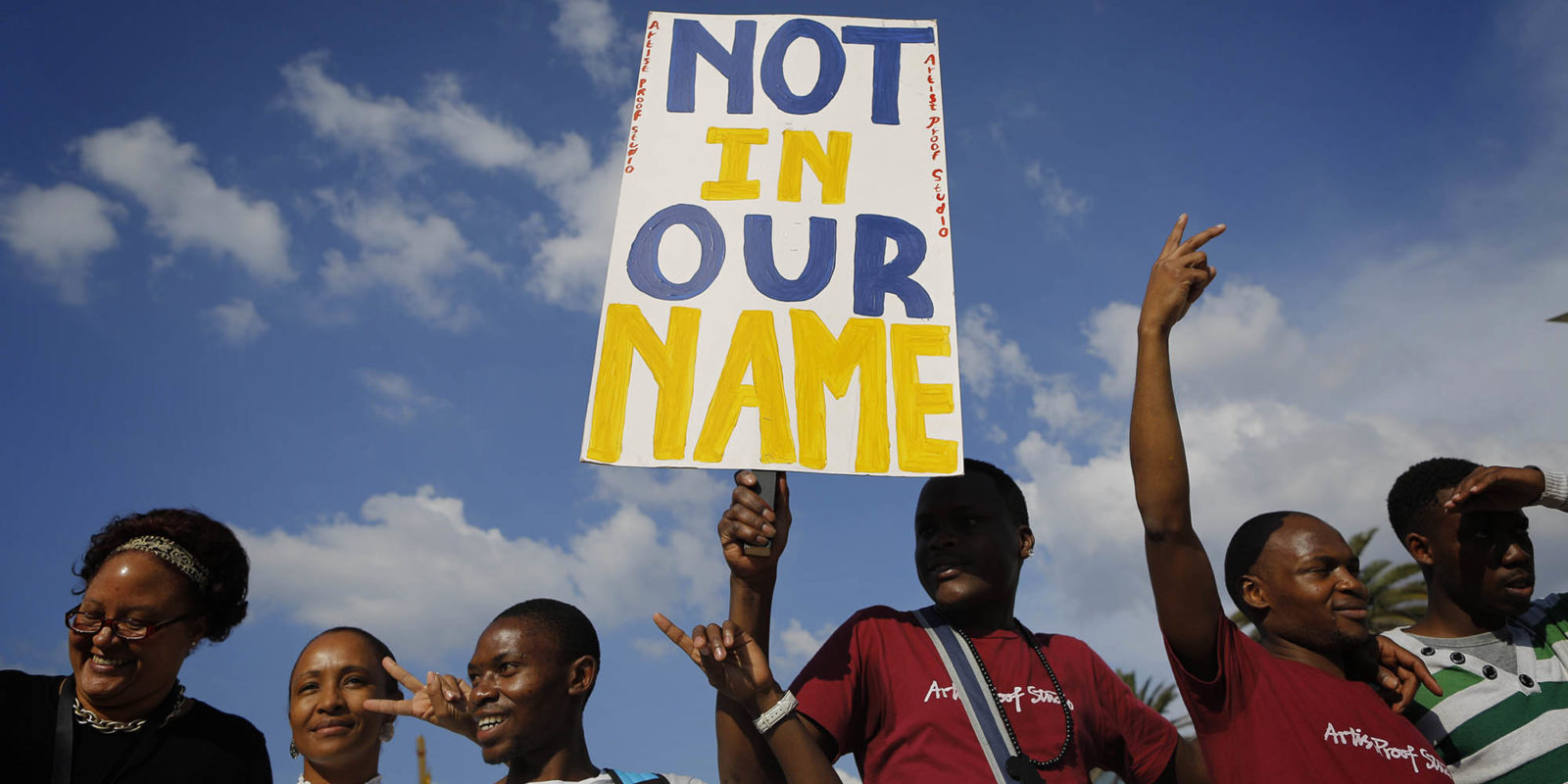 A concerted effort is needed to prevent attacks on migrants ahead of this year’s local elections.

The past year has been deadly for African and Asian-born migrants in South Africa. And if past trends are anything to go by, it is about to become worse.

Shocking footage of attacks emerged on 8 March when several shops were looted and petrol-bombed in the Durban central business district. Two foreign-born migrants were hospitalised after the attacks. One of them, Abdul Balma, a street vendor for the past 15 years, was stabbed several times and his merchandise torched.

These assaults followed similar attacks in November 2020 and January 2021 by people claiming to be, among others, members of the African National Congress’s uMkhonto we Sizwe Military Veterans Association.

The attackers demanded that “undocumented illegals” leave the country and that jobs and businesses be reserved for South Africans. Extortion groups have taken advantage of the negative sentiments, demanding protection money from foreign-born vendors. Fees can be anything from R200 to thousands of rands.

During the first week of February, a large group of spaza shop owners in Nelson Mandela Bay protested after five Somali shop owners were shot in suspected robberies in one week. Four of them died. The shop owners alleged the police failed to properly investigate and arrest gangs who attack business owners who refuse to pay protection money.

Member associations report that over 40,000 shops have been abandoned in the past 10 years due to fear of robberies and murders by criminals. The ADF also recorded the deaths of 300 Bangladeshis between 2011 and 2015, with 47 Ethiopians killed in 2015 in KwaZulu-Natal alone.

The ADF believes the problem is compounded by corrupt police officers who deliberately ignore extortion claims and often demand a monthly protection fee. Institute for Security Studies (ISS) research suggests that government officials and the police often overlook the pleas of irregular migrants.

In his February State of the Nation address, President Cyril Ramaphosa said that task teams had been set up in various provinces to deal with this growing crime trend. While this may address some of the immediate dangers, it won’t change xenophobic attitudes and “scapegoating”.

The main problem is arguably that locals see foreign-born migrants as competing for resources in a context of poverty, food insecurity and high unemployment. In the absence of solid and accountable grassroots leadership, frustrations lead to attacks.

Etched in South Africa’s collective consciousness should be the loss of 62 lives and displacement of over 200,000 irregular migrants in 2008. Many, including the ADF, cautioned that these attacks were fuelled by politicians ahead of the 2009 local government elections. Some political party representatives blamed foreign-born migrants for the woes of a desperate electorate plagued by joblessness and poor service delivery.

In April 2019, Human Rights Watch warned of increased attacks ahead of the 8 May national elections. The alert came after a rise in incidents in Durban in the preceding months. By September 18 had died, several were injured and scores were displaced.

The ISS Protest and Public Violence Monitor has recorded 241 xenophobic attacks and related incidents in over eight years, from its inception in January 2013 to March 2021. The monitor shows that 58 of the 241 incidents (24%) occurred in the past 12 months alone. The actual number is likely higher because only those attacks reported by the media are captured.

If past trends hold, many urban areas will remain hotspots for assaults in the run-up to the 2021 local government elections, and other areas may follow. Dates for the polls have not yet been set.

Given the dire state of local-level service delivery in many communities, this year will probably see similar increases as those recorded before previous polls. Furthermore, over the past 12 months, a social media campaign called #PutSouthAfricaFirst has gained momentum following its demand that irregular immigrants be deported.

Community-level interventions are currently being piloted through the Anti-Xenophobia Task Team headed by the Justice and Constitutional Development and Social Development departments. Several public sector and civil society organisations such as the ISS and ADF are also involved. Interventions include public education on the plight of irregular migrants and strengthening community resilience and early warning systems through dialogue forums and training community leaders.

There has also been collaboration between civil society, government and political leaders at grassroots level to confront xenophobia. So far, the National Action Plan initiatives are in their infancy and under-resourced. They cannot be upscaled fast enough to have a substantive impact before the elections.

Courageous conversations are desperately needed in public forums and schools about the benefits of migration to South Africa. Community organisations, local government councillors, community policing forums, religious leaders and political parties must be enabled and encouraged to facilitate dialogues and bust the myths driving xenophobic sentiment.

Government and political party leaders need to set the example by reining in their members who make xenophobic statements that blame irregular migrants for the country’s socio-economic hardships. If they don’t, death and displacement will continue. DM

This article is funded by the Hanns Seidel Foundation.