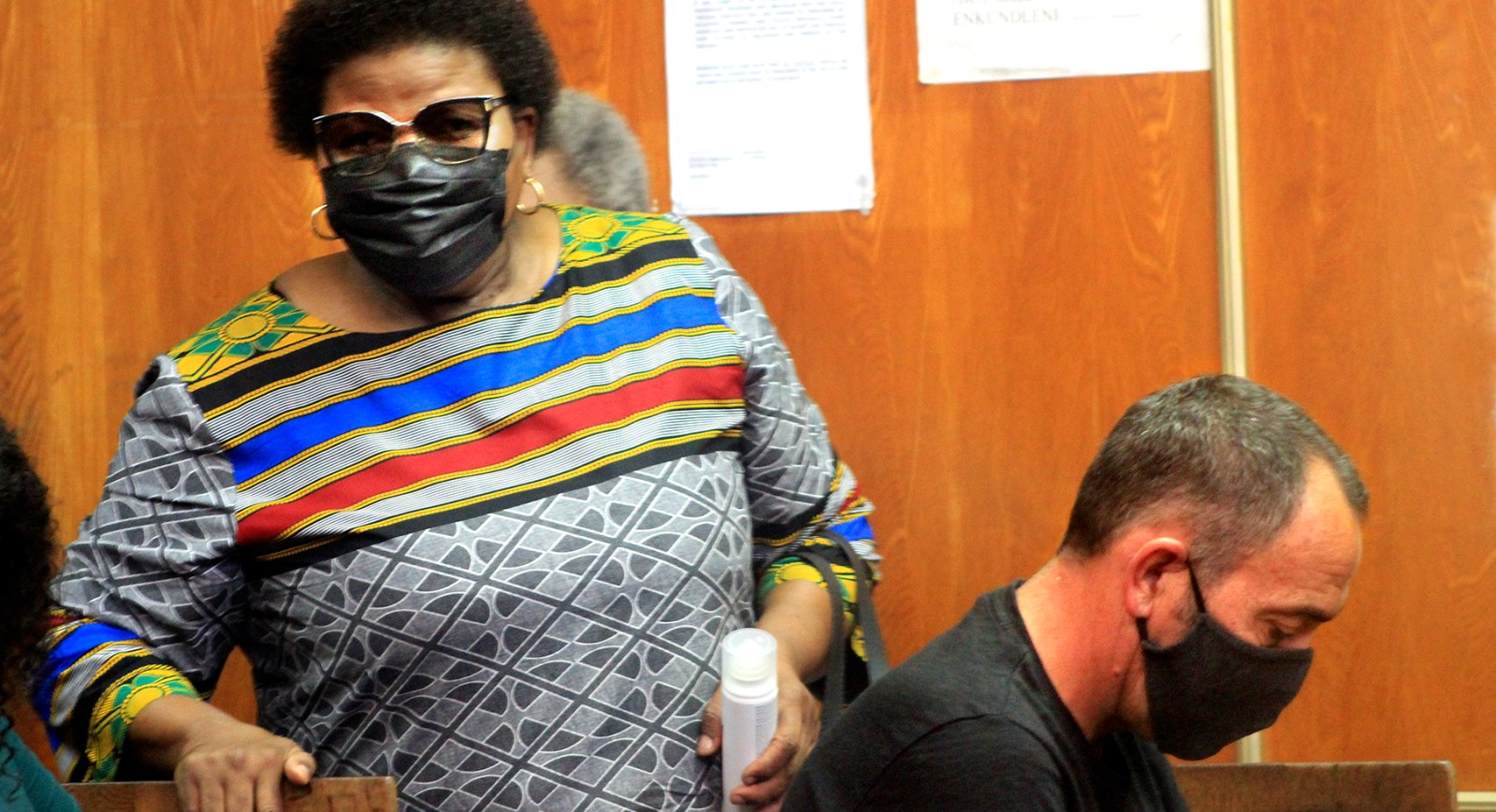 Despite his protestations that he was convinced that the ANC could spend municipal funds on ANC T-shirts ‘because they dominated the Buffalo City Council’, East London businessman Dean Fanoe has lost R1.38-million and interest that was declared forfeited to the state as proceeds of unlawful activities.

More than R1-million in public funds that was supposed to be used for transport and venue costs for former president Nelson Mandela’s funeral was used to pay for ANC T-shirts, the Makhanda High Court has heard.

Judge Sunil Rugunanan last week declared the money paid to East London businessman Dean Fanoe from funds that were earmarked for the transportation of mourners after the death of Mandela in 2013, to be forfeited to the state.

The province’s former MEC for Health, Sindiswa Gomba, Fanoe and 14 others are appearing in court for allegedly looting funds from the Buffalo City Metro meant for Mandela’s funeral. Gomba was a councillor there at the time of Mandela’s death on 5 December 2013.

It is the State’s case that Gomba and three councillors used their positions and influence to set in motion a scheme designed to defraud the municipality and to misappropriate (for the benefit of party and personal interests) municipal funds earmarked for the transportation of mourners to venues where memorial services were to be held.

Prosecutors alleged that two senior officials in the metro had worked with Gomba and the councillors “with the intention to defraud and manipulate the procurement processes”.

They were all released by the East London Regional Court on R1,000 bail.

Taxi boss Richard Ntozini (also known as Mzwandile Sokwali) and his company, Victory Ticket, who was the “winning bidder” in the scheme, pleaded guilty to fraud and money laundering after entering into a plea and sentence agreement with the State. He was fined R100,000, with R50,000 suspended, and sentenced to five years’ imprisonment wholly suspended for five years.

In their application before the Makhanda High Court, the Asset Forfeiture Unit used an affidavit made by Ntozini, among others, to explain what happened.

Mandela died on 5 December 2013. Following several requests from municipalities, the National Treasury sent a letter stating that municipal funds could only be used for the transportation of mourners and venue costs relating to the former president’s funeral and not for catering, tents or “commemorative ads”.

Ntozini said in papers before court that one day after Mandela died, he was contacted by Mkolo with an “urgent request” to provide transport services for mourners. At the time Ntozini’s company was called Victory Ticket CC.

“Under immense pressure,” Ntozini said he verbally quoted R6.1-million, but was urged to quote higher as there was R10-million available. He said Mkolo told him “the ANC required the balance of the funds for financing other ANC activities”.

Ntozini said he had attended a meeting with the municipal director and councillors of Buffalo City metro. He was told that there would be a catering company and a company providing the T-shirts and they would invoice Victory Ticket. The T-shirt company, according to Ntozini, was Fanoe’s company.

It was only after this meeting that the Buffalo City mayor at the time told the council that R10-million in funds had been made available to fund “commemorative events”.

A request for emergency procurement was approved on the condition that normal procurement processes were followed, with three quotes being obtained and the cheapest one accepted.

Victory Ticket then bid R9.9-million, Ntozini explained, and what are now known to be two forged invoices were also submitted. Both were dated before the mayor told the Buffalo City Council that R10-million was to be made available for funeral-related events.

Victory Ticket was then registered on the municipality’s supplier database on 11 December and received R5.9-million on 12 December 2013. On December 14 Ntozini was instructed by Mkolo to “distribute funds to other individuals and entities”, according to the judgment.

He paid R889,000 for catering and R1.3-million “for allegedly producing ANC T-shirts”, Rugunanan wrote. The judge added that Ntozini knew and appreciated that the transactions were unlawful and that he had a duty to report them to the police but he did not do so.

He maintains that the ANC was justified to have used Buffalo City Municipality funds for purchasing the T-shirts because the [metro] is dominated by the ANC which has the majority in the [city] council.

He also paid further amounts to individuals on the instructions of Mkolo without receiving any invoices. Fanoe said in papers before court that he was approached by Mkolo to sponsor 20,000 T-shirts. He said he was not prepared to do so and he and Mkolo then had a face-to-face meeting.

He agreed that he would purchase the T-shirts from the printer and then sell them at a profit to Victory Ticket. The purchase price was R688,560. He sold the T-shirts for R1.3-million.

“He maintains that the ANC was justified to have used Buffalo City Municipality funds for purchasing the T-shirts because the [metro] is dominated by the ANC which has the majority in the [city] council,”  Rugunanan wrote.

In what the judge called Fanoe’s “protestations of innocence and attempts at distancing himself”, Fanoe alleged he was told that he got the contract from the municipality and he did not know that the National Treasury had prohibited spending money on services other than transport and venue costs.

“A feature of his affidavit is that he misconstrues the required facts to be proven,” Rugunanan remarked.

Fanoe added that he had not acted with criminal intent. He said he had known Mkolo for a long time and had no reason to believe that anything “untoward” was being done. Fanoe added that his mark-up on the T-shirts was in line with industry norms.

Rugunanan said that according to Ntozini it became clear during the first meeting that Fanoe had been “hand-picked”.

The court found that Victory Ticket was used as a conduit for laundering funds from the Buffalo City Metro into various bank accounts and declared the R1.3-million paid to Fanoe as the proceeds of unlawful activities.

The money was forfeited to the state and the court ordered that it be paid into the Criminal Assets Recovery Account. DM/MC